The Tastes of Downton Abbey


The scones were great, and the company even greater. Women came in to a happy welcome, laughing and hugging before the Masterpiece logo appeared on screen. There was so much food! People had made varieties of cookies, and there was coffee or tea or ice water, and of course, the SconeLady brought in her plate of scones. The recipe did not turn out to be that of The Digey Tea Rooms, but one just as nice and creamily delicious. (Do you feel like baking some? You can find the recipe here, along with fun info on The Little Book of Scones). 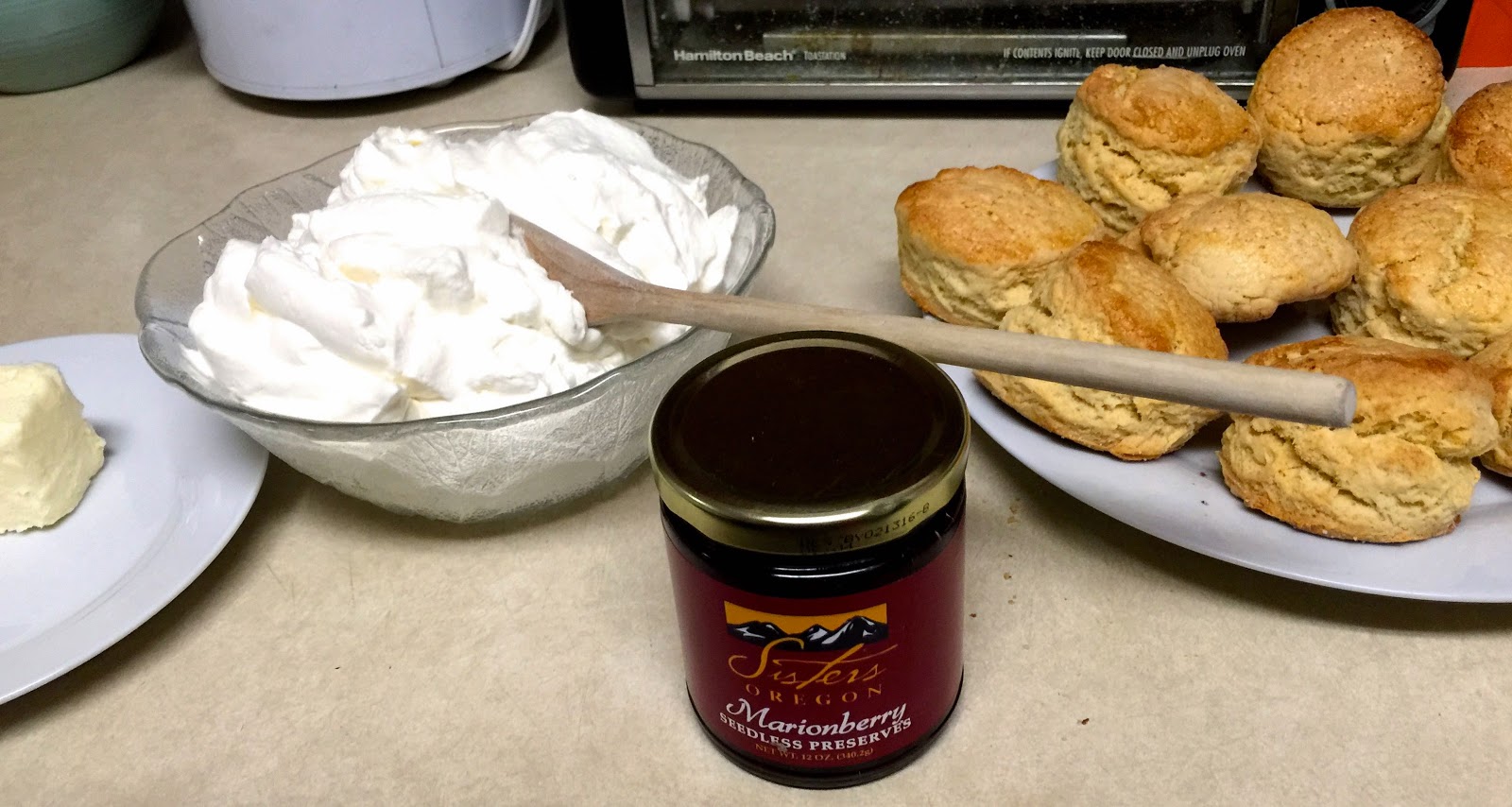 It was 8:55 pm, and just a few minutes to go. Not everyone was there yet, and we all still wanted to eat. There is so much that goes into getting one's scone and tea set up that you cannot just do it willy-nilly. So it was wisely decided that - since our hostess had her DVR up and recording - we would delay watching for at least 15 minutes. Given this kindly reprieve, with no reason to rush we were each able to gather a scone, spread our butter and jam, and then add a liberal portion of whipped cream. One must not skimp on the cream! 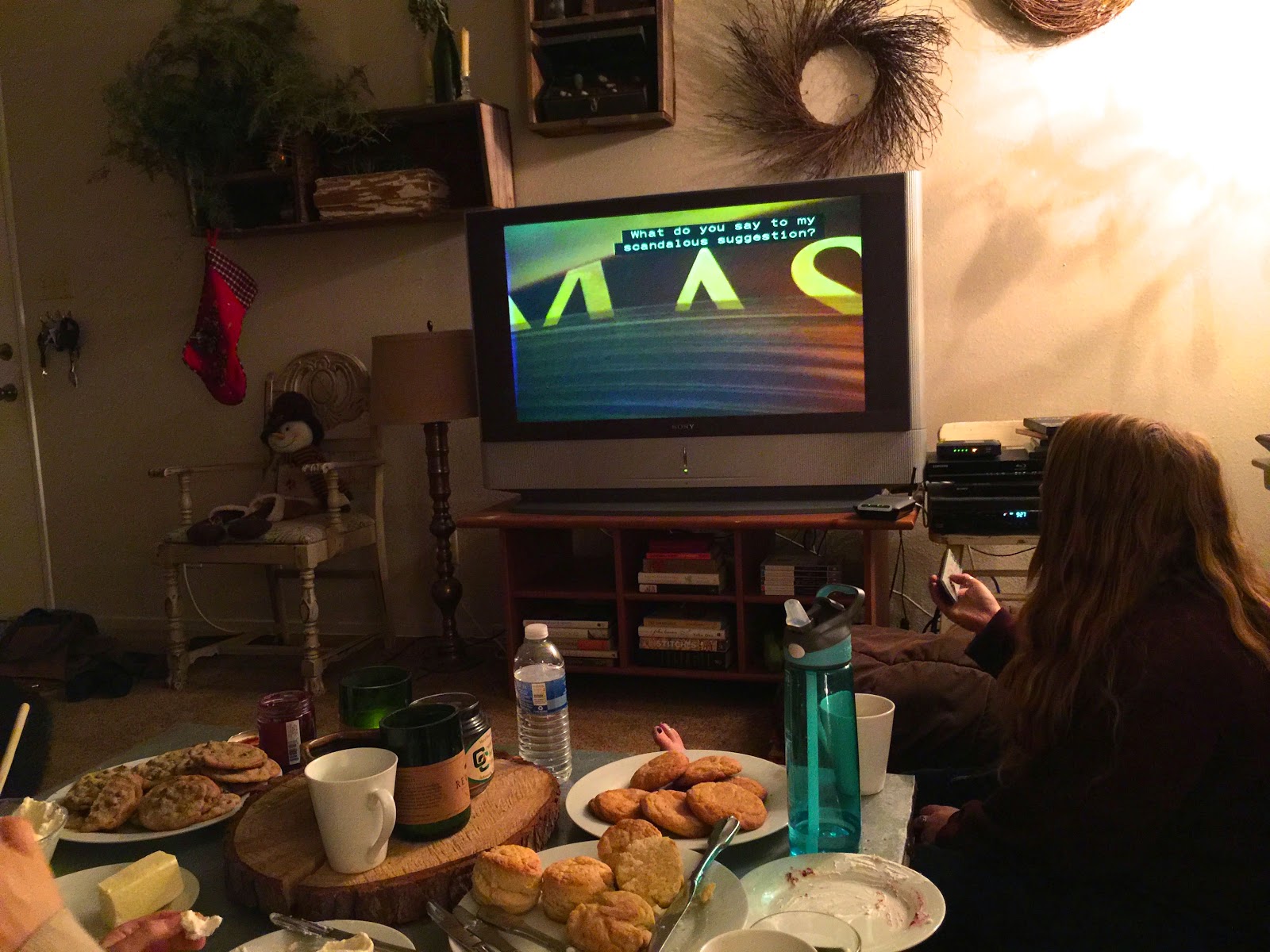 We had one member who had never seen Downton Abbey (yes, such people do exist, bless them), and did not know the storyline. This was fun because we could all fill her in! We did, and then someone pulled up the season 4 finale synopsis, and read it for us. This put us back into the mode we had been in last year, and at last, we felt ready to begin. Our hostess pushed play, and...

I cannot tell you the effect the opening music had on me. The lovely daughter sitting nearby made an excited comment about it and we sat, mesmerized. We were all propelled into the Land of the Abbey right then and there. Hurray!

But oh, alas! it was just a little bit difficult to keep up with the dialog of this episode. There were so many different on screen discussions that I could not reasonably tie to any of them. But I don't mind, because is a good excuse to watch it again, online - tomorrow!

In the meantime, the things I did grasp are such as these:


A sweet doggie watches with us 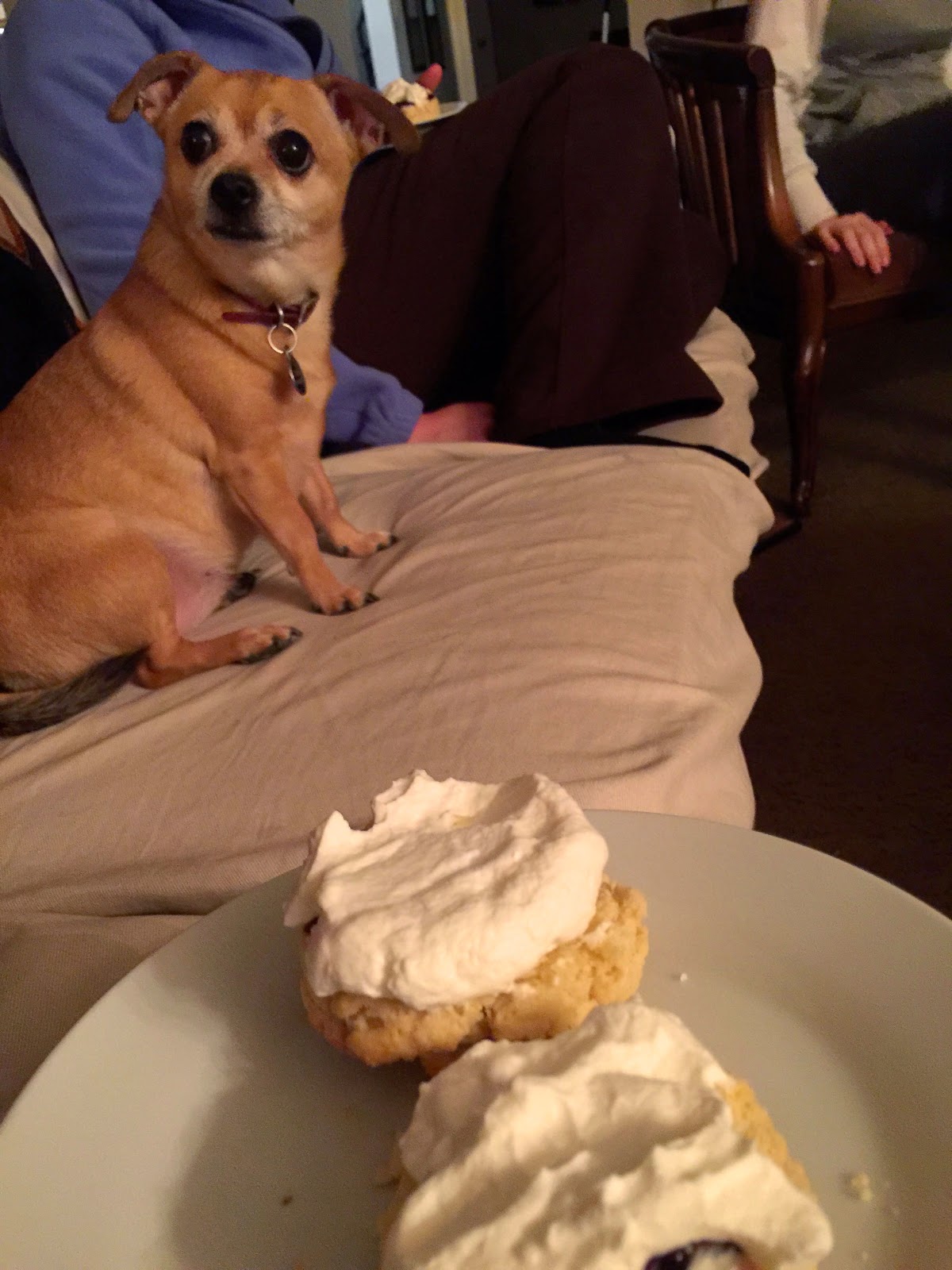 But we declared ourselves satisfied and ready for next week. I am hoping for more of Molesley, more of the Dowager Countess, more of Bates and Anna, and LESS OF THOMAS.

However, I rather doubt that I will get my way, - at least on the Thomas issue. There is just something about him that people absolutely love to hate.

And he isn't going away anytime soon.

Posted by SconeLady at 8:15 PM