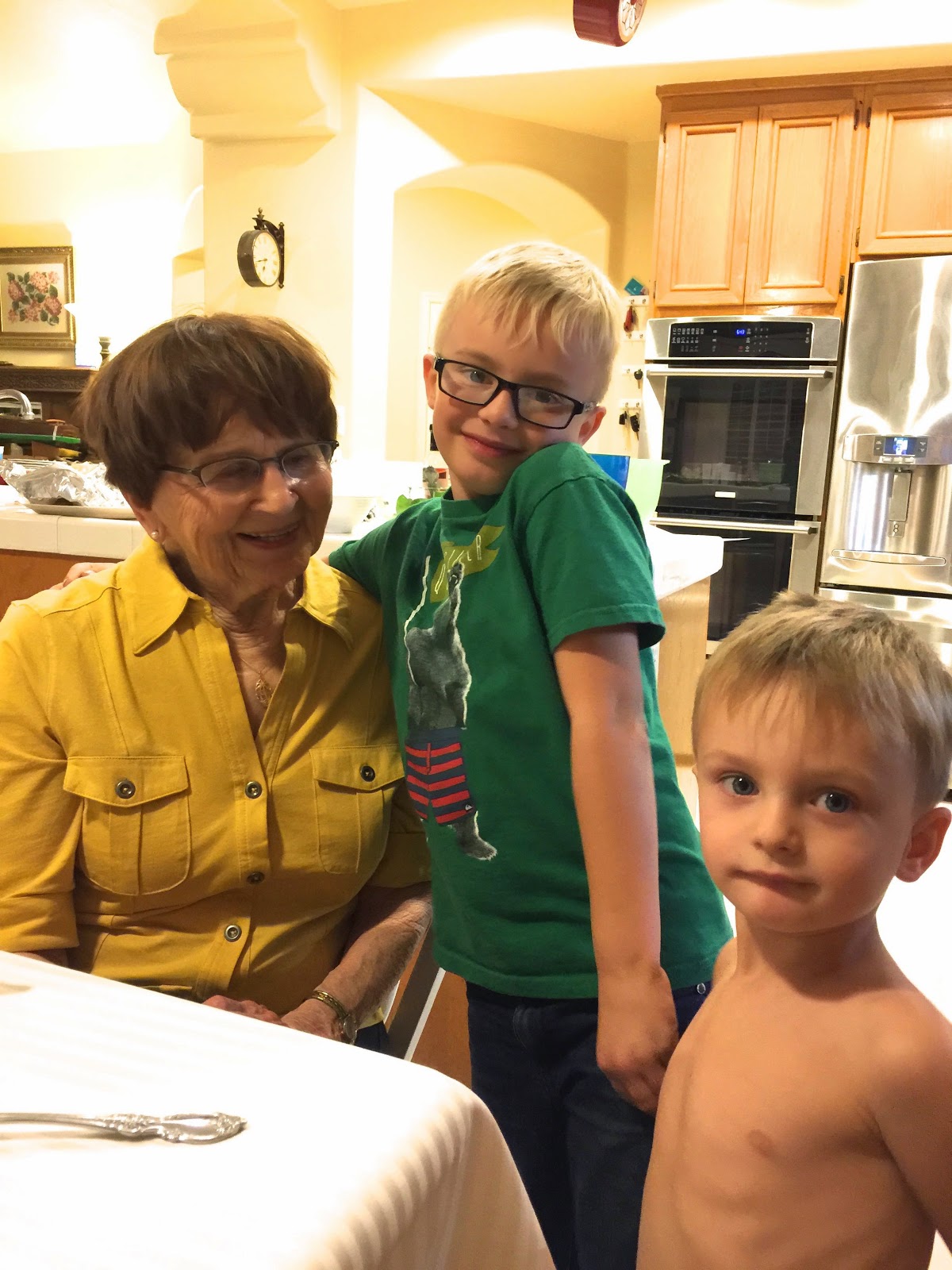 "Of course! She would love to." And when Great Grandma heard about this kind invitation, she turned around and carried her plate to that honored spot, next to him.

They chatted together, and laughed, and he kind of hovered nearby for the rest of the evening - except, of course, during the hot tub play time when everyone splashed and shouted and the kids dumped freezing cold water on their own heads. Great Grandma was inside during that (wise woman).

It's fun having generations where no one notices the difference. Where no one comments on age at all and acts as though it is perfectly normal having people together whose times on earth are varied. That way the children aren't burdened about it, bless them.

They sat and chatted about this and that, and passed a very pleasant dinner which included a variety of stories and jokes, and enough 'what if?' scenarios to beat the band. New ideas always go a long way when you have a new person to share them with, especially when this new person is a listener. There isn't much she hasn't listened to, over the years. Including, of course, myself.

It is a gift, this listening. Children recognize it, and are drawn to it like young magnets. It's just like something we used to see on The Waltons, all those many years ago. Grandpa and Grandma and other relatives being there, being part of the undeniable fabric of life. Interested. Receiving. Paying attention.

I love that the 7 year old has already learned this, and probably didn't even notice when it was that he learned it. I suppose it comes from watching and noticing. And, of course, listening. Something that comes best with a little practice.