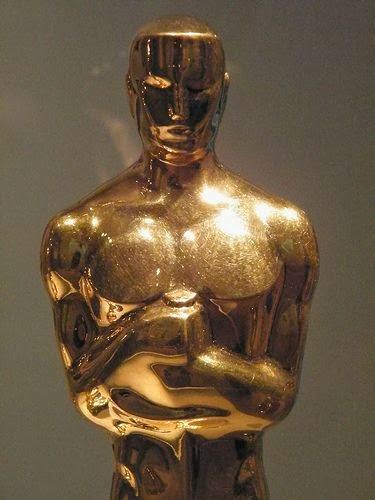 Oh, no - it was the Oscar nominations today and I AM NOT EXCITED!

I knew they were coming soon, just not when. The anticipation was beginning to build because they build every year at about this time, and I love the lead-up. Something about the gowns and the red carpet, the lip gloss and the perfection once every year has me hooked.

So when I was listening to a BBC discussion about the Affordable Care Act, and the program was interrupted by an announcement about the Oscars, my ears immediately perked themselves up (such is my shallowness).

I felt it was a blessed rescue from horrid and boring arguments. I longed to know about the nominations. I couldn't wait to hear about the nominations! We had all been waiting so long for them. But - as the announcements were made, the worst thing happened: I did not recognize any of the movies. Or at least, hardly any of the movies (perhaps this isn't so surprising considering my favorite of all movies are Legally Blonde and The Devil Wears Prada). How could they get things so terribly wrong?

Just as an example, here is the list of nominations for Best Film..

I mean, have you ever watched any of these films? The only one I went to, The Grand Budapest Hotel, I thought was silly and ridiculous, and couldn't get myself out of fast enough. I reckoned it would be forgotten by the Academy instantly. Apparently I was wrong. I don't think I'll stay up late enough to see who wins.

There is some excitement at SconeTherapy, however, for Best Actor. Benedict Cumberbatch and Eddie Redmayne are good actors who are good in whatever it is that they do. I know more about Benedict than I do Eddie because of only seeing Eddie in Les Miserables, and Benedict has been in simply tons of things - Sherlock, Amazing Grace, War Horse, The Hobbit, and now The Imitation Game, for which he was nominated for Best Actor (haven't seen). I want him to win. And Eddie Redmayne? I also want him to win. It doesn't matter terribly who actually does win, because they are both smashing. 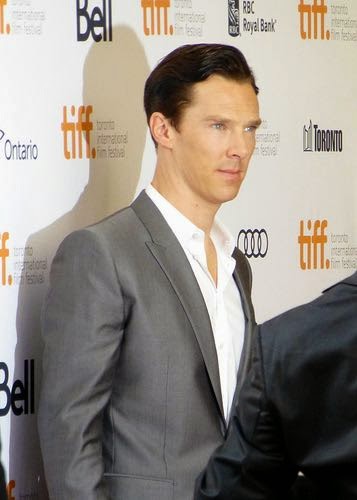 Maybe there will be a tie.

I shall now skip ahead to 'Best Animated Feature', because Big Hero 6 was nominated and is so very very good. You can see two SconeLady reviews of it here and here. One of the joys of my movie-going year was taking our mother to see it in 3-D. We had so.much.fun.

And today truly must be Throwback Thursday (tbt), because Glen Campbell's song "I'm Not Gonna Miss You" has been nominated for Best Original Song. Way to go Glen! We used to watch his television program religiously, as kids, and I shall cheer heartily if he wins this award. 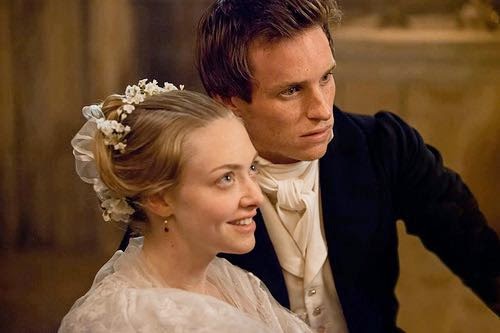 
And then, for Best Actress?

But - I just can't face Best Actress. Gone Girl and Wild must be faced, if I am to think about Best Actress. And I'm not up to it. Not yet.

Hey - I know what! On Oscar night, I think I'll just rent The Devil Wears Prada, and forget the whole thing.