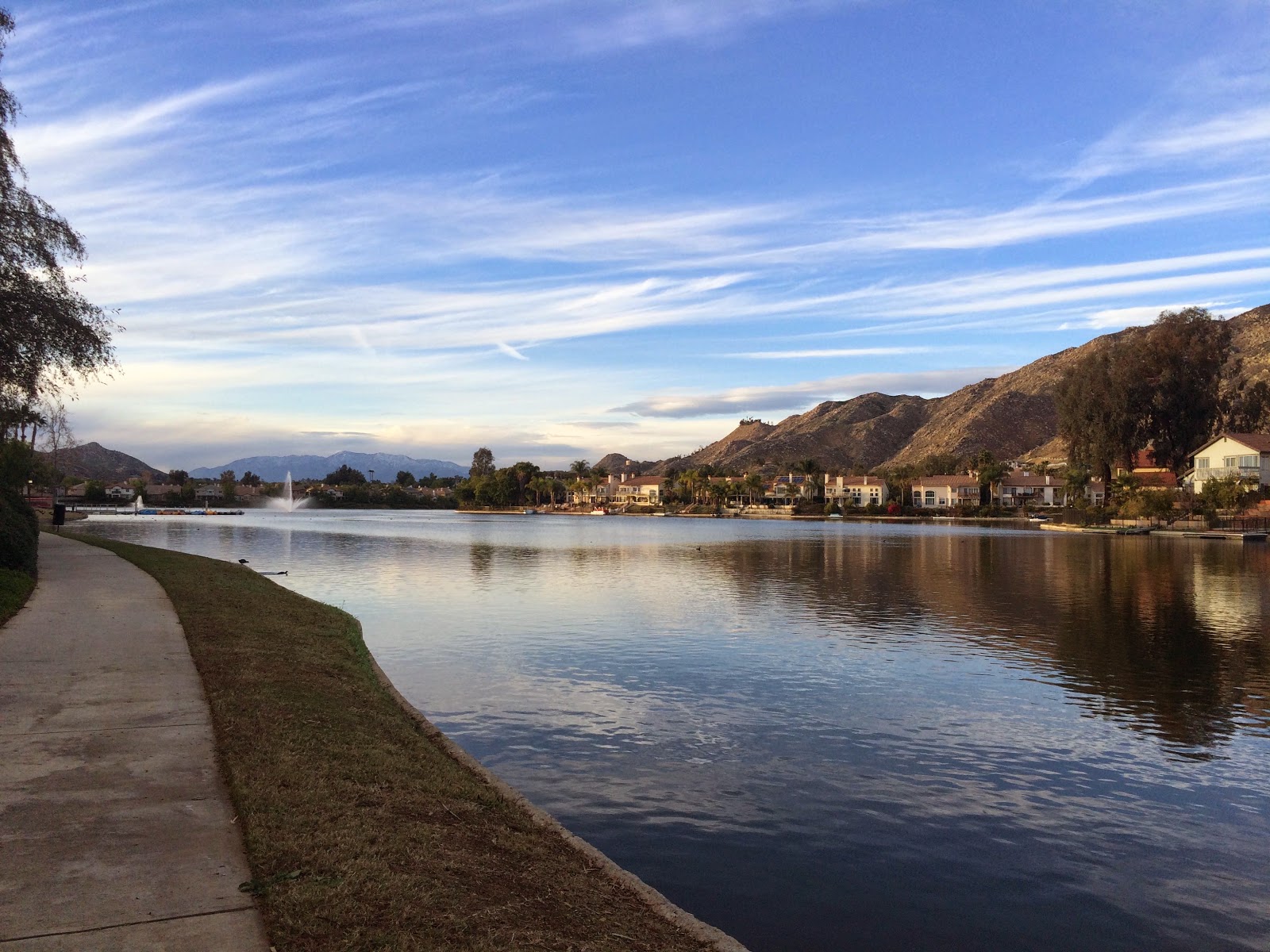 When you walk great distances, certain faces become familiar. You start to recognize them, and lo and behold - they recognize you. And they're just about always friendly.

One man has stood out as especially so, these last few years. I could see him approaching from a distance because he wasn't actually walking. He was riding. Every day he would be up and out early, steering his wheel chair through all weathers, down to the lake to go fishing. He seemed to be on a never-ending quest for a trout.

He had his favorite spots to pull up, take out the fishing pole, and settle in. There was nearly always someone there with him. They were a sort of 'group' who found their way down to the water's edge, pulling in those fish like nobody's business. They were laughing, too. Always laughing.

This kind man, Bob, was there that very first day when I began my trek along the lakeside pathway. I was not walking very quickly, of course; the neck brace was much in evidence and the energy level was low. Spinal fusion surgery had done a number on me, and I was hopeful to get back that lost energy, somehow.

Bob saw me that first day, and paused as we approached each other. "Oh - what happened to you, may I ask?"

"Sure - I had surgery on my neck, and the Doc says I can't be in cars for a long time. So I've gotta get walking."

We chatted for a bit, and then moved on along - he to his 'spot', and me to my relentless stride. It happened like that again and again, and he would occasionally ask about how the recovery was going. You could always depend upon a smile, a gesture, and a nod, from Bob. 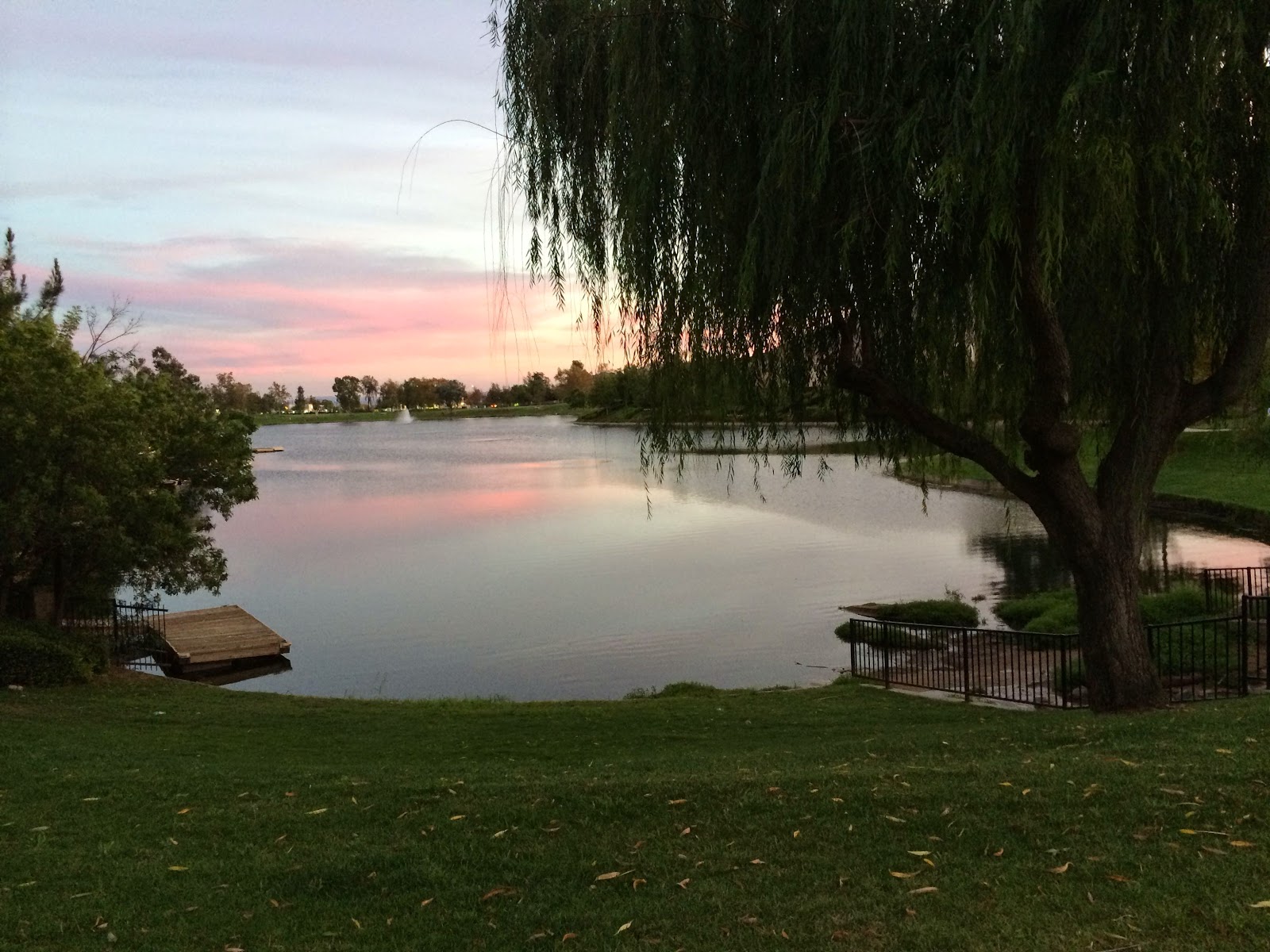 And then just a few days ago, we learned that there would be one less smile down at that lake. For Bob had died. I couldn't believe it. He wasn't 'old', not to us. There had been diabetes, yes, but I hadn't expected - this. Not yet.

I grabbed up my umbrella and walked in the direction of the lake. A group of people at the lake's edge were putting up a candle memorial for Bob. They couldn't believe it either. Everyone wanted to be there, to place something to remember him by, down along that stretch where he and his mates had fished, and laughed.

One man was especially distraught. "I was waiting for him to get here. He was late, but I just fished on ahead. And then I started to get worried. He was never late. So I walked up the hill to his mother's house and saw the ambulance and fire truck. Then I knew. Poor guy. He was always so happy.."

He paused, looking at the candles, and said, "I just don't know what we'll do without him," and walked slowly away.

And so, the goodbyes are being said; the 'group' go down each early morning to fish near the candles and the pictures and the flowers. And remember that smile and that nod.

Today as I walked past, no one was talking. And I don't believe they were thinking about fish. 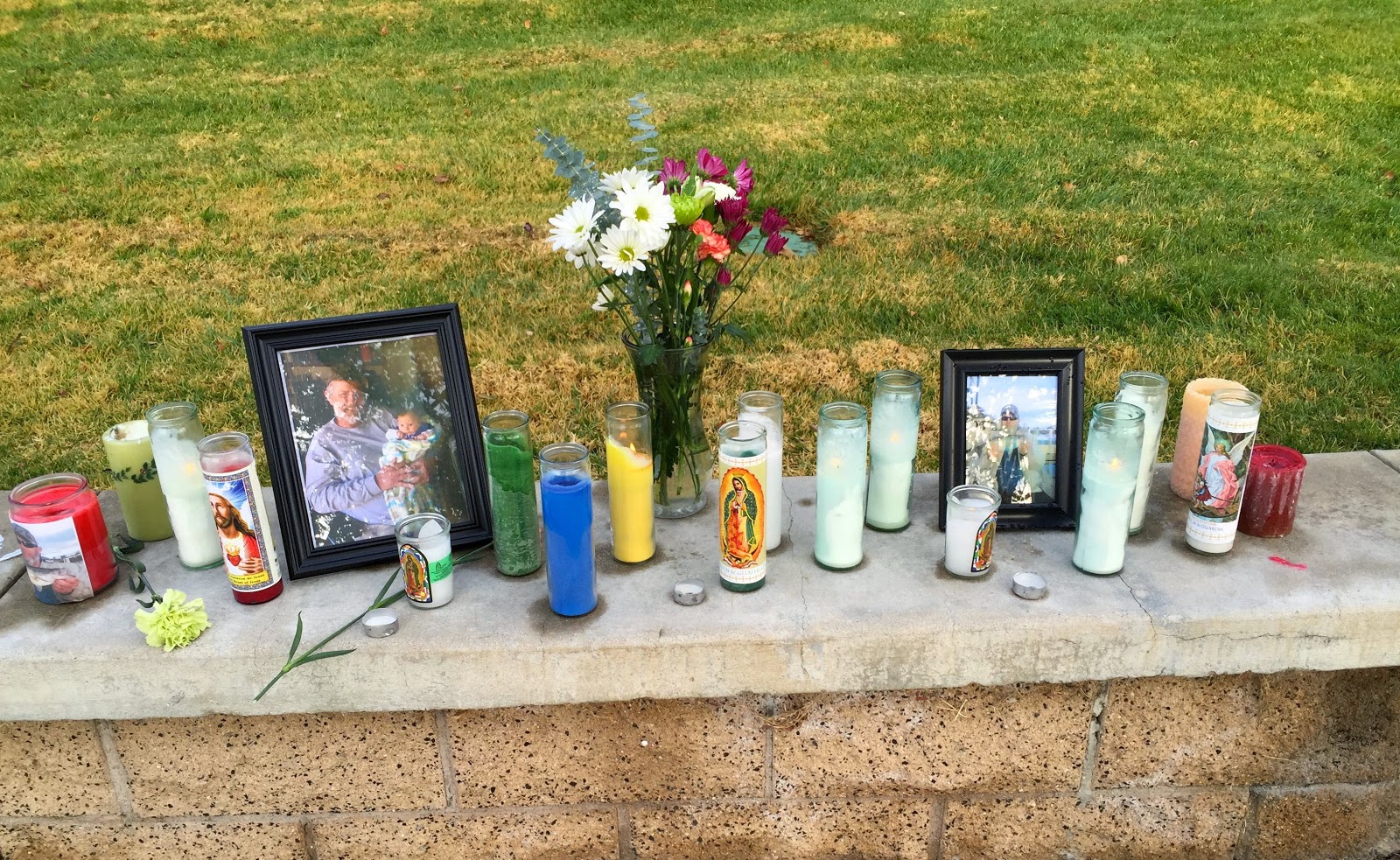 Posted by SconeLady at 7:53 PM