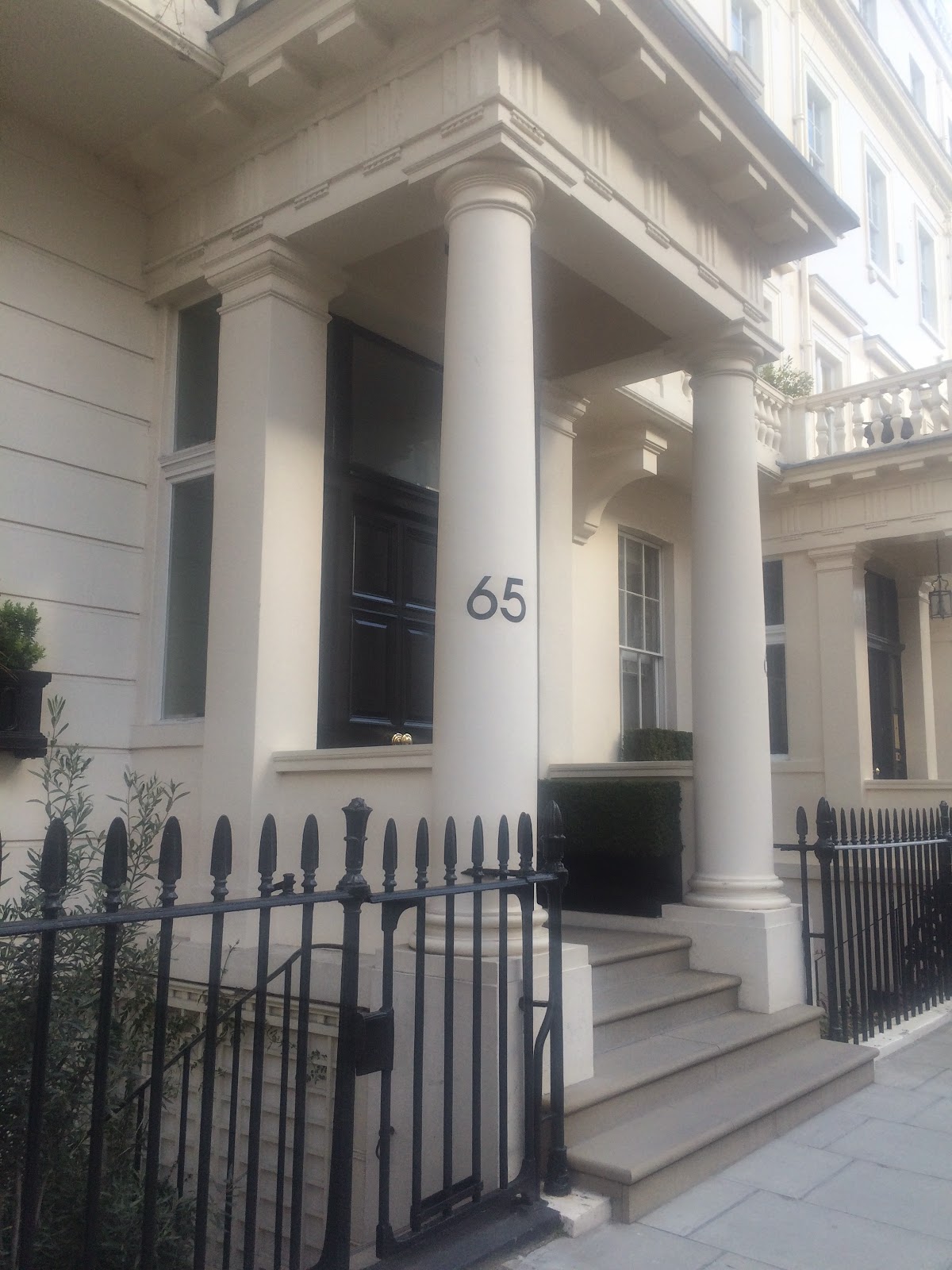 There was just enough time, and I might just make it. The number 165 beckoned to me on account of having just finished seeing the newest seasons of Upstairs/Downstairs. It was all still fresh in my mind and I could not stay away.

Rosie sent a quick text: "Are you still going to Eaton Place?" I had to think: was there really enough time? Mine was an international flight that afternoon, and one really must not risk looming flights merely because of a television show.

But it was doable so away I strode with purpose, walking down toward Belgravia. It was a picture perfect day in London, a slight breeze keeping the Springtime sunlight lovely and mild. I began to notice my surroundings. Knightsbridge, where sat Harrods department store, huge and imposing. On a different day I would certainly have dipped inside, to 'shop' (a.k.a. gawk at all their loot). Then, Belgravia where the buildings are deliciously luxurious and utterly out-of-range.

And suddenly, there was all the scenery and architecture that is Upstairs/Downstairs - Georgian, stately, flowery, upscale. A text bing-ed at me from Rosie: "Don't forget, the address is 65 Eaton Place, not 165. They added the '1' to disguise the location!"

Aha, perfect timing, Rosie! I quickly adjusted just slightly left toward 65. And there it was. 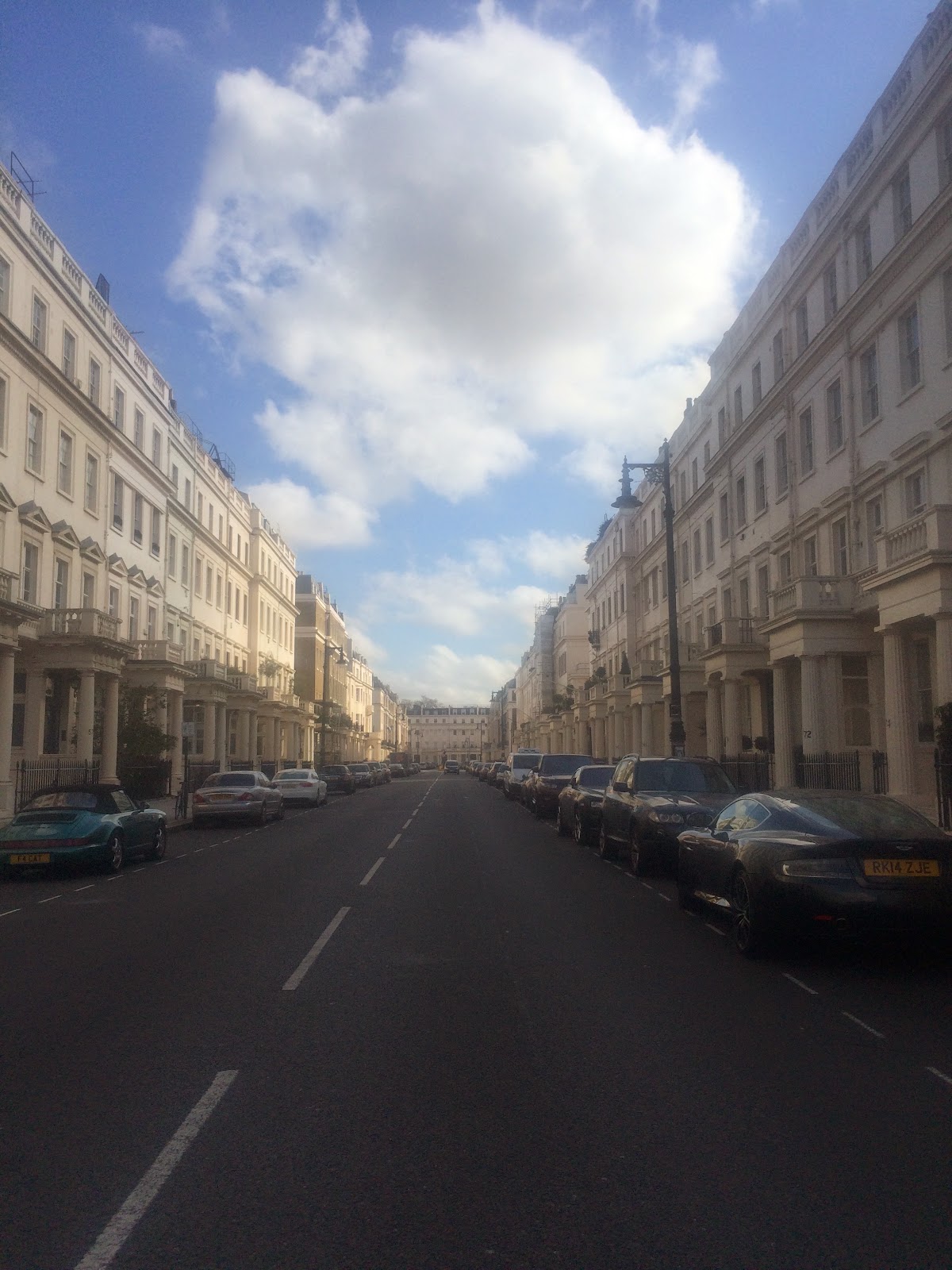 Everywhere you looked, there were the lovely and stately buildings making up Belgravia. Creamy white and scrupulously clean with posh cars parked out front. I stood, gazing. It brought back the memories of recently watching with my sister the 1971-1975 series, on Netflix (it was our way of escaping the reality of teaching middle schoolers). The new series starting in 2010 only made me more excited to see it.

There was a lot of talk about the differences and similarities between Downton Abbey and Upstairs/Downstairs, this go around. Apparently Downton won the ratings and outlasted Upstairs (but I liked them both and didn't know why they could not coexist. Has anyone figured that out?).

After a short few moments I began feeling conspicuous, standing outside number 65 with nothing whatsoever to do. No one else was hanging about taking photographs. The series appeared to have been utterly forgotten. So, reluctantly, I took one last snap, and moseyed away. Walked back toward Harrods and the AGA store and my own hotel 2 miles distant. 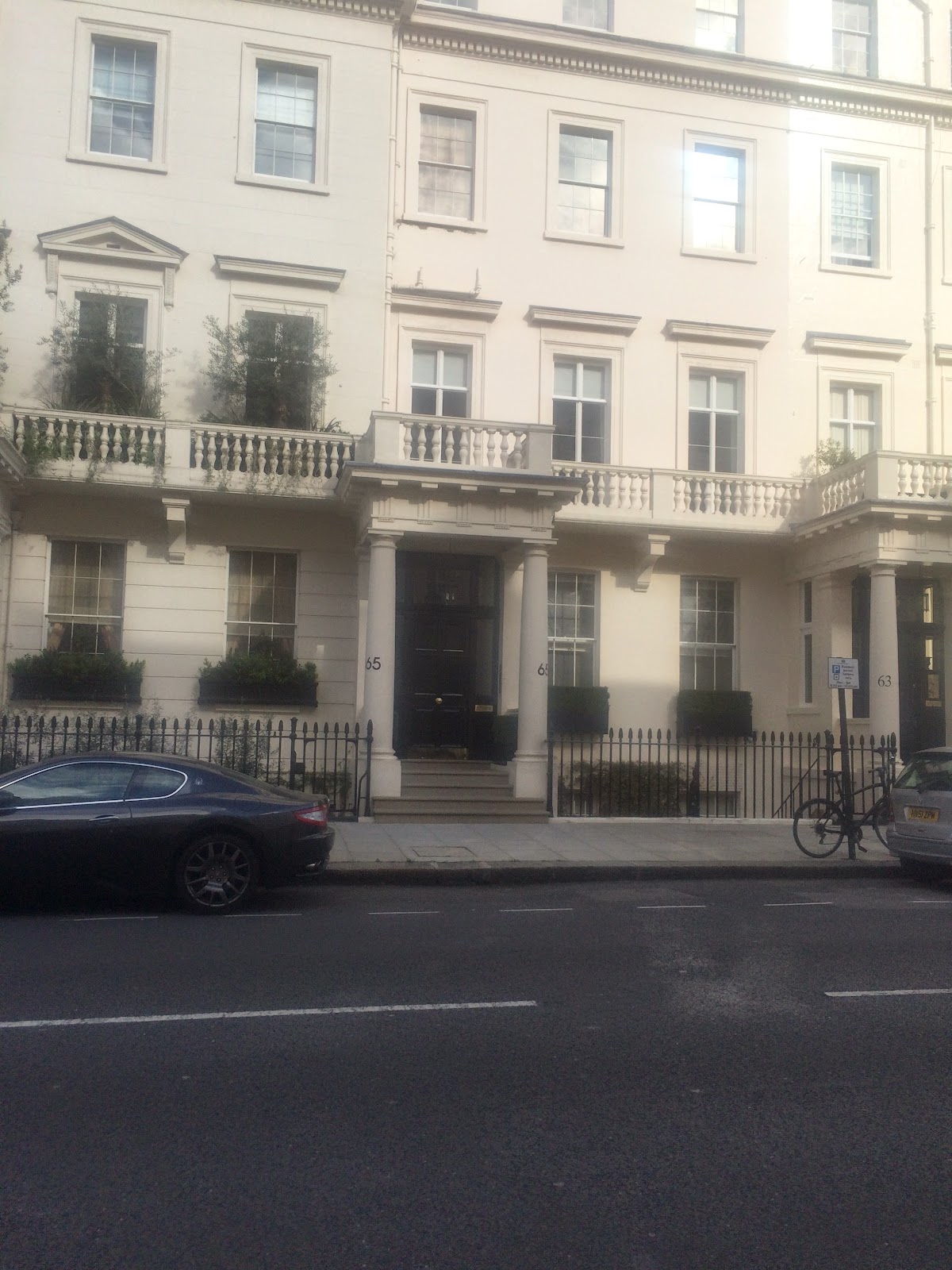 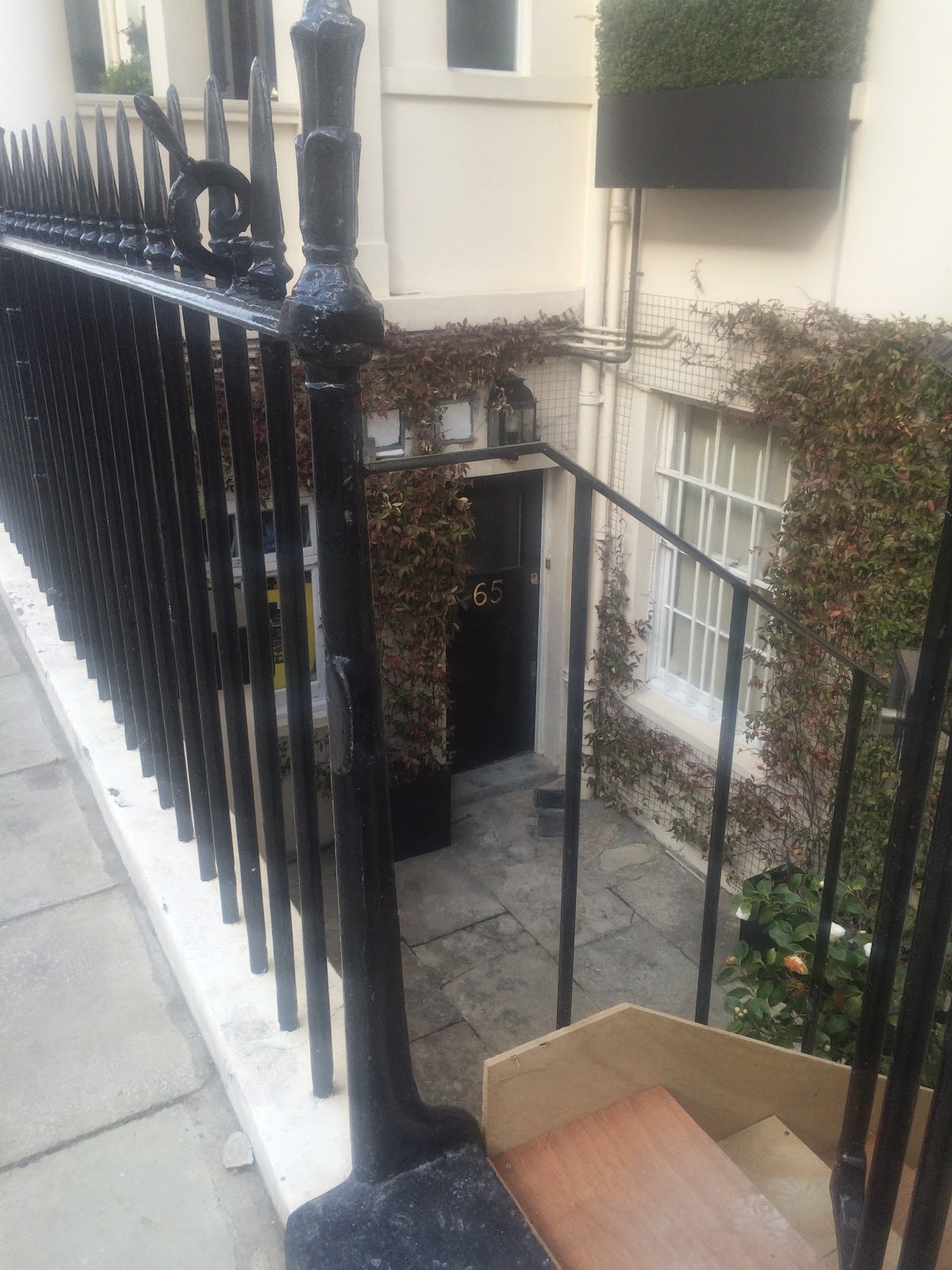 But, for those short few moments I could remember: Mrs. Bridges the cook, scolding the maids and especially Ruby; Mr. and Mrs. Bellamy, so stately and upper class as they dealt generously with their servants (even Ruby); Rose, the faithful servant who survived from the early series to the late; and most of all Mr. Hudson, the Butler who ordered everyone's lives and kept honor in the household. Each played their part, faithfully. Even, surprisingly, Ruby.

I stood there for a moment at the front porch, imagining myself as a part of it all. Would I be Rose? Lady Bellamy? Mrs. Bridges?

Any of them would suffice. Any, that is, but Ruby.