We decided to all take the same train. Only to the first stop, but it would make the parting less awful. There was a flurry of packing, finding goodies at the corner market, and a general bustle before it was time. The air felt cold, and the streets seemed deserted. Soon, it seemed, I would be too. 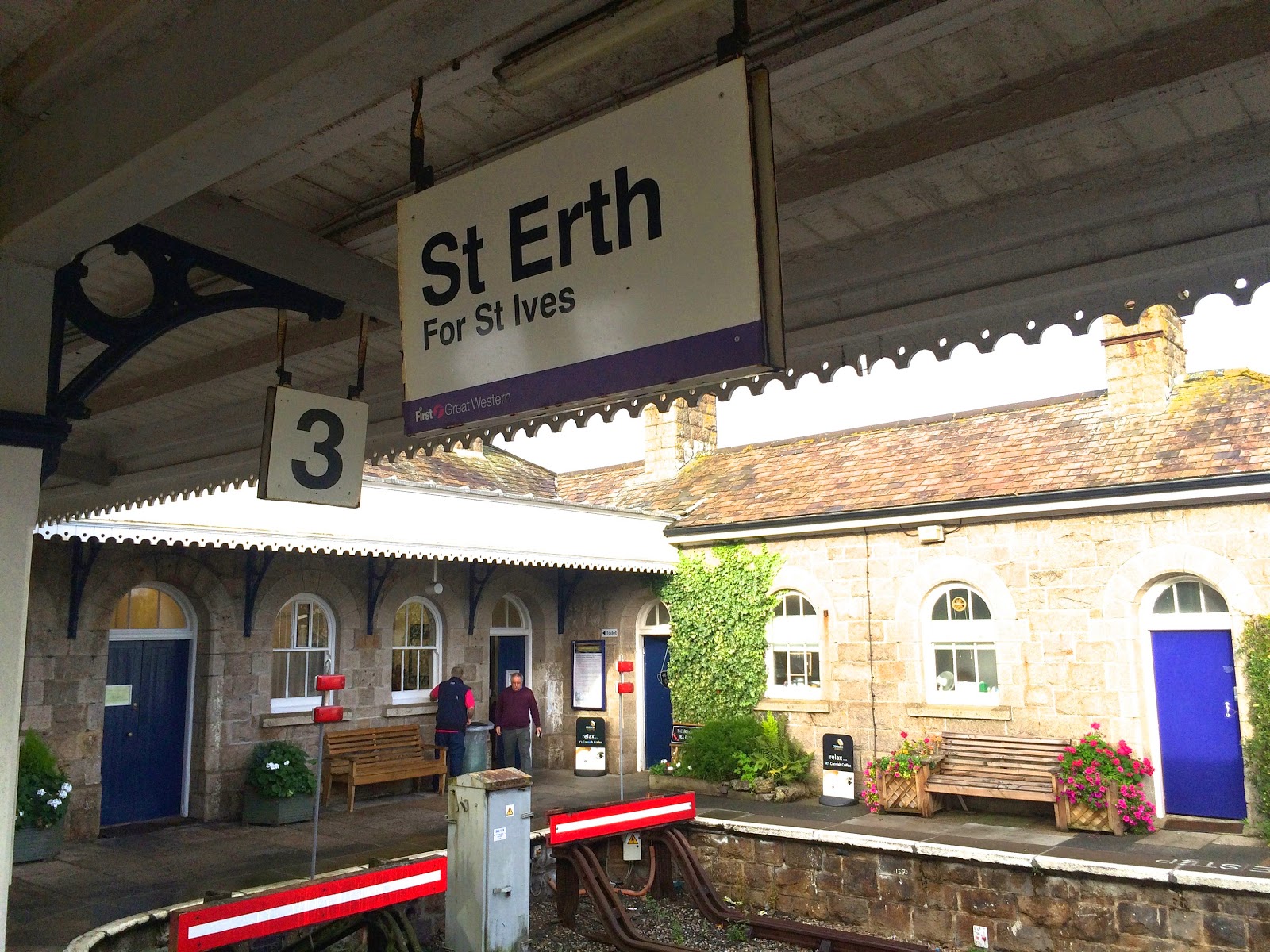 But London was calling the kindly sister, her husband, and their tall-and-adventurous-son. Off they would go for one last, full day in the city and then - home (everyone there is ecstatic). The train approached, whistling its friendly alert, and we clambered aboard. It was only 4 miles to St Erth where we would all get off and change to different trains. "Please check that you have all your belongings," intoned the conductor. "And - mind the gap between the train and the platform." 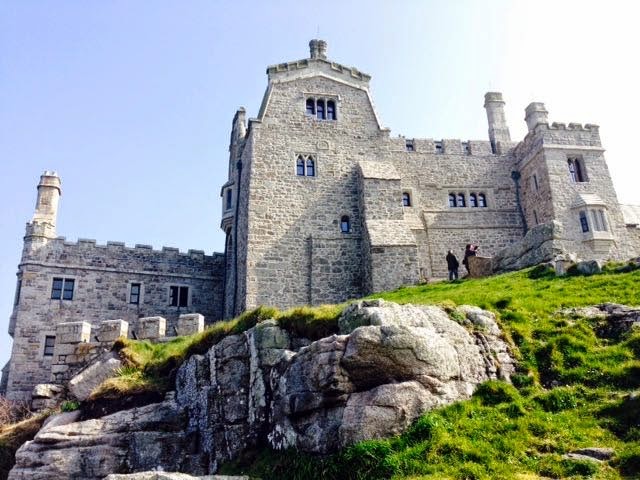 I thought there would be time for a leisurely goodbye before the next train. Then suddenly an attentive conductor pointed to my train, which had just pulled in on the other side of the tracks. I must dash up the stairs, run across, and dash back down. Dashing is not very easy, so I gave each of the three a quick hug, a hasty "Goodbye! have fun in London!" and ran for it. Leave in haste, repent in leisure, as they say. Woe was me.

The train pulled away and I watched with melancholy as the scenery sped by. But suddenly the sea loomed up and surprised me, surrounding the magnificent St Michael's Mount. It was so close! The sky was so blue!

And was that just the least little bit of hunger I felt? One good thing had certainly come to an end, but maybe others were about to begin. I had best be optimistic about it, and look around for them. After all, I was in Penzance. At the bottom of Cornwall, nestling in an ocean filled with the myriads of colors the painters had come there to capture.

I obediently checked for my belongings, minding the gap, and headed toward a little cafe I had been wanting to visit. Perhaps, a nice cheese-tomato baguette..? 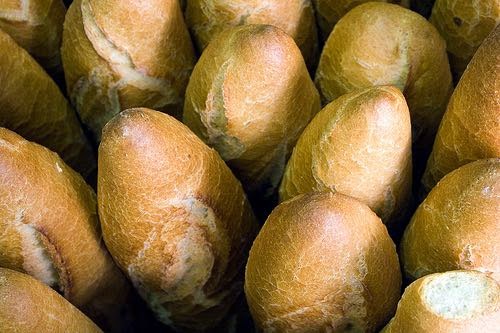