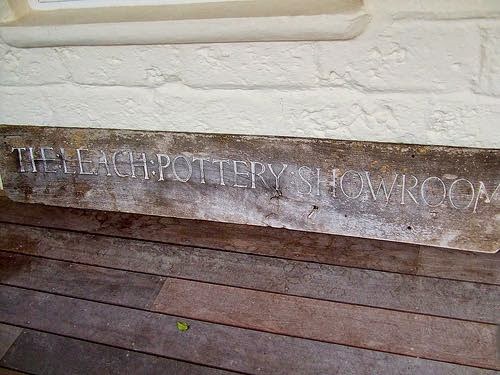 I had heard of them before, of course. Who hasn't heard of The Leach Pottery? And pottery is always interesting, as well as pretty. But then today I saw that 'pretty' just doesn't cut it. This pottery is stunning.

We knew that today would be the perfect day to tour the Leach Pottery Studio and Museum, as recommended by a good friend. This friend, a talented and superior potter in yonder sweet woodland town, kindly thought we 'might want to see it'. Thank heavens he did! 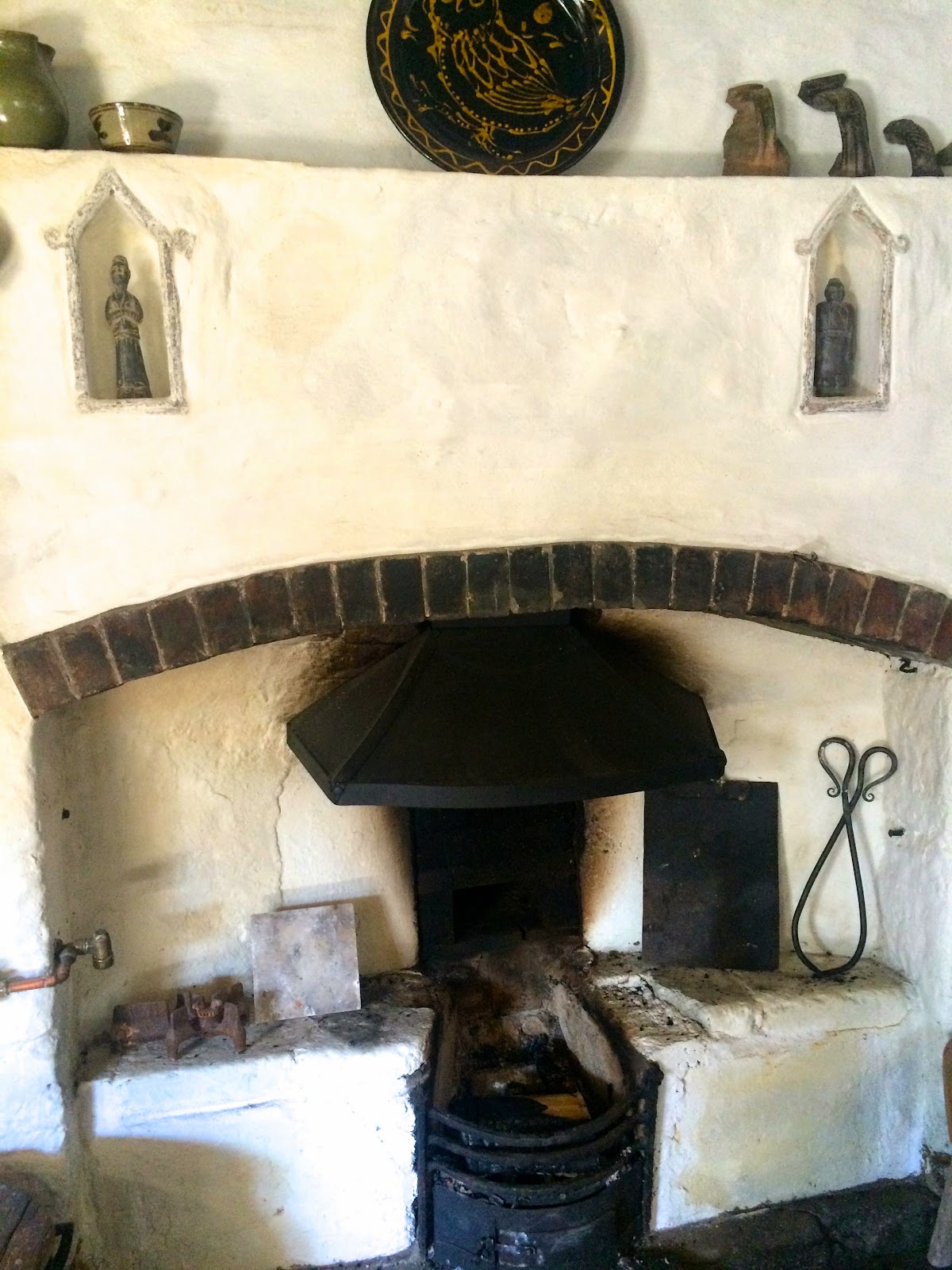 The day gleamed out at us in a flood of bright blue and we couldn't wait to get out into it. The museum would be a mile straight up the hill, and we thought it best if the SconeLady did not walk straight up the hill today. So we called our friendly ACE cab company, who sent a most accommodating driver to collect us just by the sea. He welcomed us by pointing out the nearby boiler of a ship that had run aground in 1937 - the Alba. We craned our necks (all but the SconeLady, whose neck does not crane) to see the boiler, and there it was, poking up out of the bay. As he drove along, he described how the rescue boat which had been sent out had been lost, and all 7 rescuers with it. It was terribly sad. 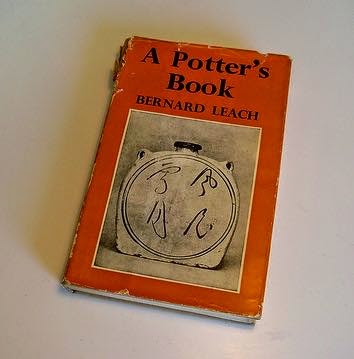 Nevertheless, our driver was abundantly cheerful all the way to the Leach. And from the moment we entered the Museum, we were enthralled. The pottery, the kilns, the photographs of Bernard Leach,  and most especially the video he narrated (in 1952) detailing the work, were fascinating. It was in black and white and I loved it. Watching him forming his pots, plates, cups, bowls, and a myriad of other items was lovely. He stated that clay never ever wants to reside smack in the middle of the potter's wheel where it belongs. It does whatever it can do to get away and go anywhere except the center - therefore a potter has his or her work cut out.
https://www.flickr.com/photos/13976456@N05/9315354554

I couldn't help but think that he might just as well have been describing we humans and our own unruliness in the hands of our Potter. Hmm. But Mr. Leach also said that a good potter will have the skills to work with the clay until it yields at last to what the potter wants. That was comforting!

And so we came away happy, although not quite empty handed (*ahem*. There is always a shop at the end of any tour..).

The rest of the day was beautifully warm, with just a bit of briskness in the breeze. People with their toddlers ran into and out of the waves screaming with laughter, while their dogs dove absolutely in, shaking themselves all over everyone. It was superb.

And tomorrow is to be another such day! With certainly the Anglican service at St Ia the Martyr Church of England, and perhaps a delicious Sunday carvery after.

Who could even begin to ask for more?

See you along they way!
the SconeLady

"Mold me and make me after Thy will.
While I am waiting, yielded and still."