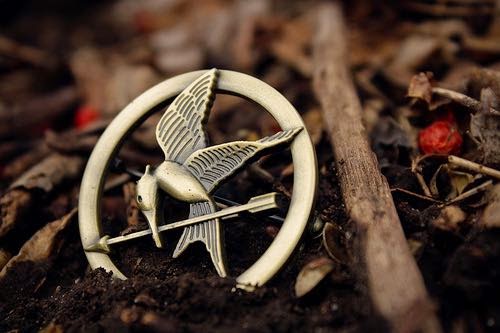 The lovely daughter always keeps me current, and this time was no exception. "Mom. The Hunger Games - have you read it?"

I had not ever heard of such Games, and did not know that they existed. But of course I was curious.

"Well it's a book series about young people who find themselves in fights to the death. And the main character wants to save her family and her friends. And she goes about doing it. It's smashing."

This sounded promising and I was willing to give it a go. The part about fights to the death, I wasn't terribly sure about; but saving her family was along my lines. My daughter brought out the first book, and I never looked back.

She was right - it was smashing! It takes me a while to read books, which meant that she had to wait quite a while to hear my reactions, whether or not I had 'met Haymich Abernathy', or 'Caesar Flickerman'. But I eventually did get to these characters (I really really like Haymich), and in fact spent the summer carrying the book around with me. This was especially popular with restaurant waitresses.

"Oh my goodness, are you reading THE HUNGER GAMES?? Where are you in the story?" they would breathe. And off we'd launch into an in depth discussion of the injustices of the System, and how we were just SURE Katniss would win the day. Total strangers on a level playing field. In a restaurant.

I remember something similar happening to me a few summers ago when I was reading that Vampire book series, which I just momentarily forgot the name of. But now I've remembered it - Twilight. Restaurant waitresses in Carmel glommed onto me then too, when they saw I was carrying one of the books. I've never made friends quite so quickly. 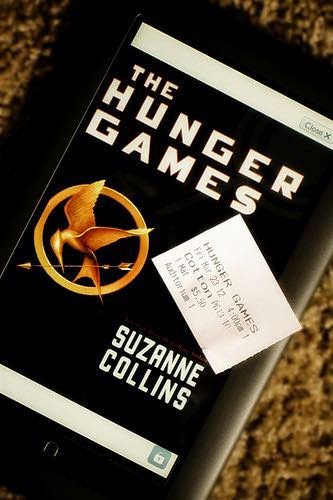 So the SconeLady will soon make it inside a movie theater to view this third in the movie series. Mockingjay. I have been warned, though, of certain amounts of carnage. From time to time I've had to call out, "Spoilers!" to protect myself from an early Reveal. We are away from home right now or I would certainly see it with the lovely daughter. She could explain the unexplainable, should anything confusing show up. That would be fun.

What is really hard to understand is how these authors get such amazing ideas, and make billions of dollars or pounds out of them. Take for instance J.K. Rowling, who wrote her first chapter of Harry Potter on a napkin, or something. From a napkin to billions of dollars?

Now how is that fair?