Admittedly, I did not read the third book and so did not know what would happen at the movie tonight. Yes! I did finally see it. The Hunger Games, Mockingjay. But not only did I not know what was coming, I really did not remember what had gone before.

This may not really make for a rich film-going experience. That, combined with Dramamine, took the wind out just a bit.

During the opening credits I quickly cast back to the second movie in order to gain context. It had been quite a while, and the fact that I found NO CONTEXT was not the filmmaker's fault. I just should have called it up on Wikipedia, and been ready to face Mockingjay all prepped up.

To be honest, I must really see this film again in order to report upon it justly. The reason for this is that I FELL ASLEEP through much of it. Sad! and Bad! I saw the opening credits, fell asleep, watched as arguments took place about how to rescue Peta (forgetting why he needed to be rescued), fell back to sleep, then watched as the miracle of Peta coming back rejuvenated the hordes of nice people who had been decimated by President Snow. 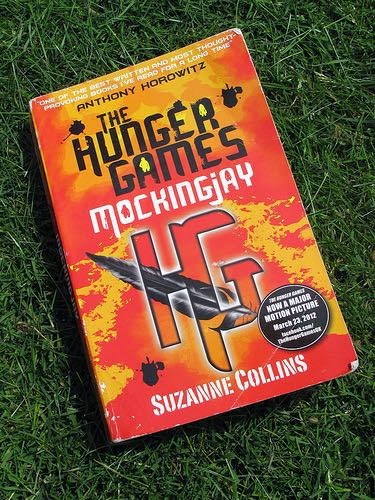 That is almost all I got out of it. Therefore, anyone who enjoyed this film will be incensed at my lameness, tonight. But I will go back. Promise. In the meantime:


Those are only a few of the bits and pieces I can contribute. But I will see you back here, just as soon as I have another view, and we can discuss it all afresh.

One conversation we had on the way home was, "How many boyfriends can one girl possibly have? They seemed to be everywhere." I don't know this myself. It's too complicated. But there was so much fighting and bombing that it was far too busy for her to think of things like her love life. Peta and Gale, I understood. But that other guy?

Perhaps I should just Google it.