It's always a grand idea to walk through a gate upon which there is a cross. There is almost always something nice on the other side. 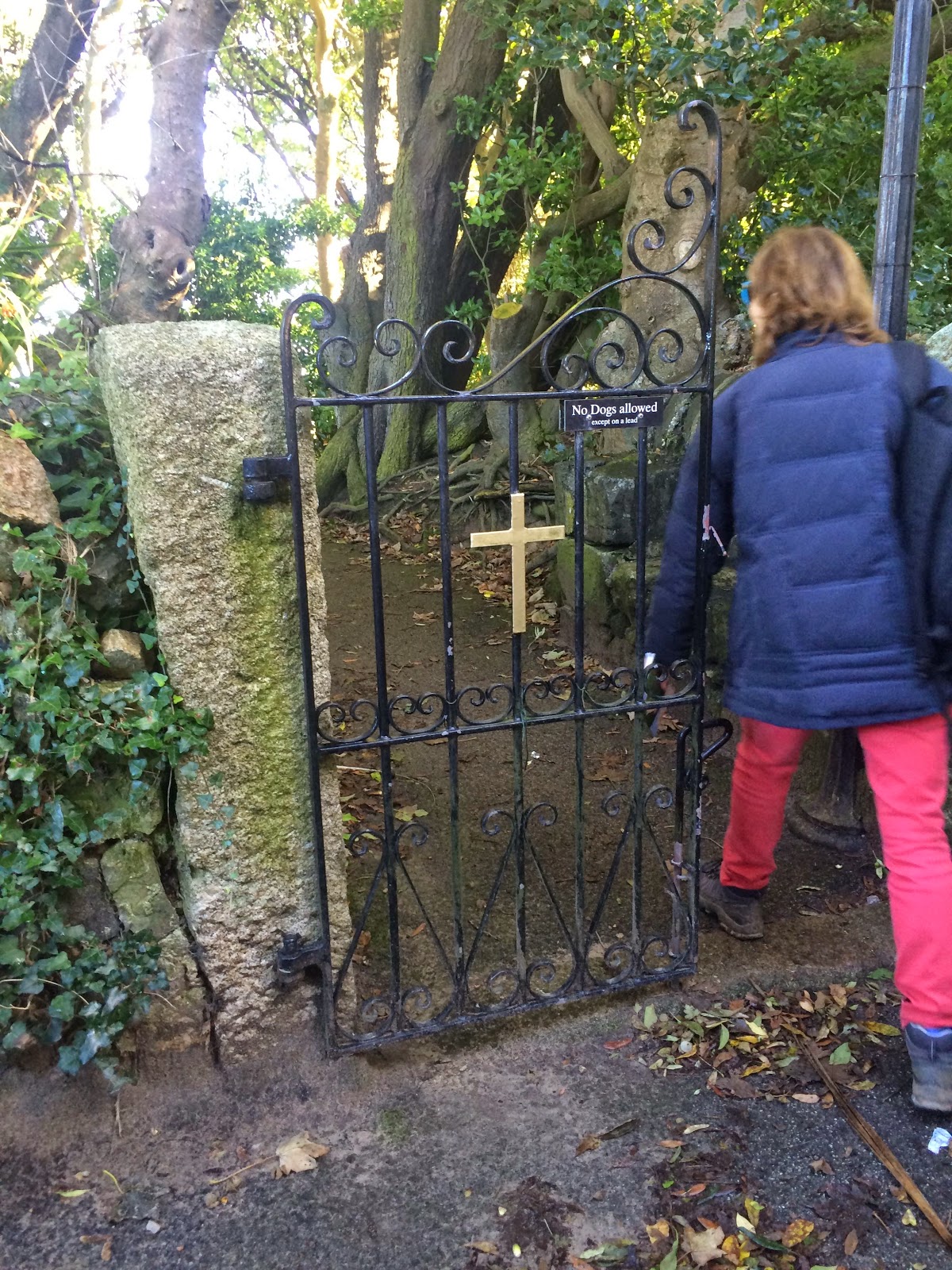 In our case, the something nice was an amazing church. Stupendous, by American standards. The two Americans were definitely wow-ed. The two Brits loved it too, but were not as surprised by it. There are just so many of them there.

The work it would take just to begin building something like this in the U.S. would be absolutely prohibitive, now. But if there was the inspiration to do it, as there was for this lovely thing, I believe it could be done. It should be done! (but it won't, probably, be done).
St. Uny's Church, Lelant 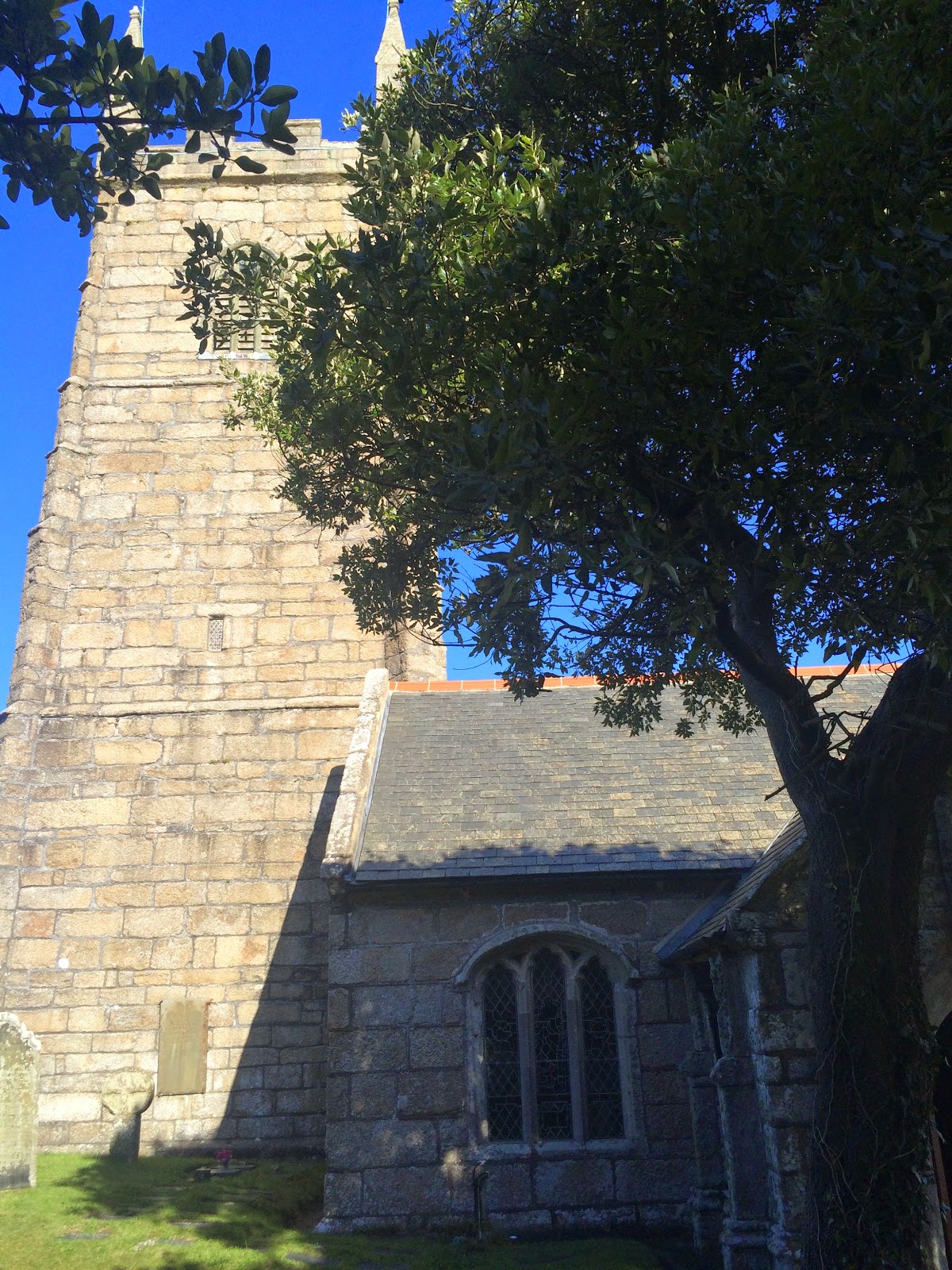 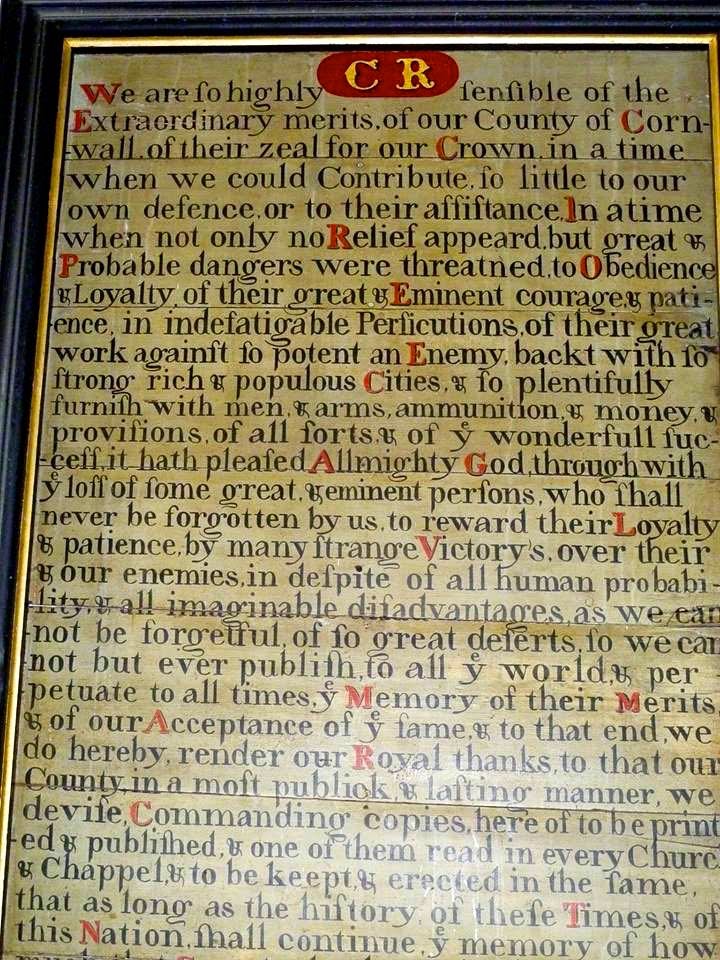 We admired the structure on the outside and noted the tower, which greatly resembles the one in St Ives (St Ia Parish Church). The church is entirely made up of granite. It has stood there since at least the year 1170, and was the recipient of a letter from King Charles I. Poor King Charles I ended up losing his head, but until that happened he shared his gratefulness to the churches and people of Cornwall for supporting him during the Civil War. A copy of his letter is displayed in a prominent place, and we all read it. We thought it splendid of him to write it. 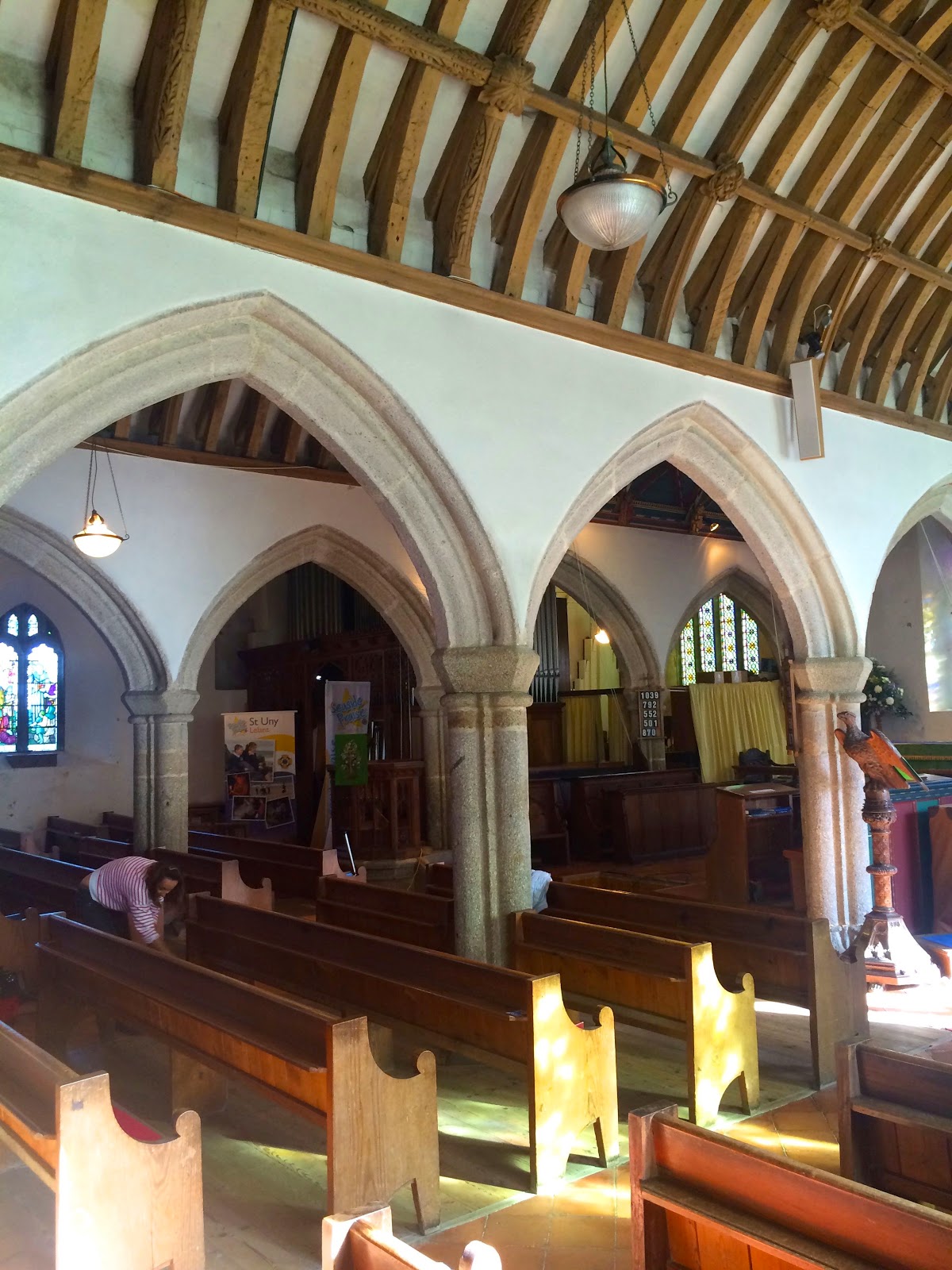 But perhaps the sweetest thing about St Uny's Church that day was the women who were, just then, decorating it. They were preparing for the upcoming Harvest Festival, to be held that Sunday. The ladies had plants and other Harvesty items to place about the church, and they smiled as we came in. They also invited us to come to the service, and the SconeLady truly did intend to go. She planned to go. It is the saddest thing that SHE FORGOT to go, when the time came. But she did go to the Methodist Church and got to play the massive organ, so all was not completely lost.

We were reluctant to leave, but knew that we must; after all, we had seen the ancient beams, the sturdy arches, the Letter from King Charles I, the decorating ladies, the churchyard, and the organ. Oh - and yes, we had seen the cross, upon the altar. The Cross - that symbol of all that is Christianity; that place where all was laid out; that invitation which all have been given.

There is always a Cross, where the ground is always level, and the welcome, changeless.

"Greater Love hath no man than this, that a man lay down His life for His friends."
John 15:13 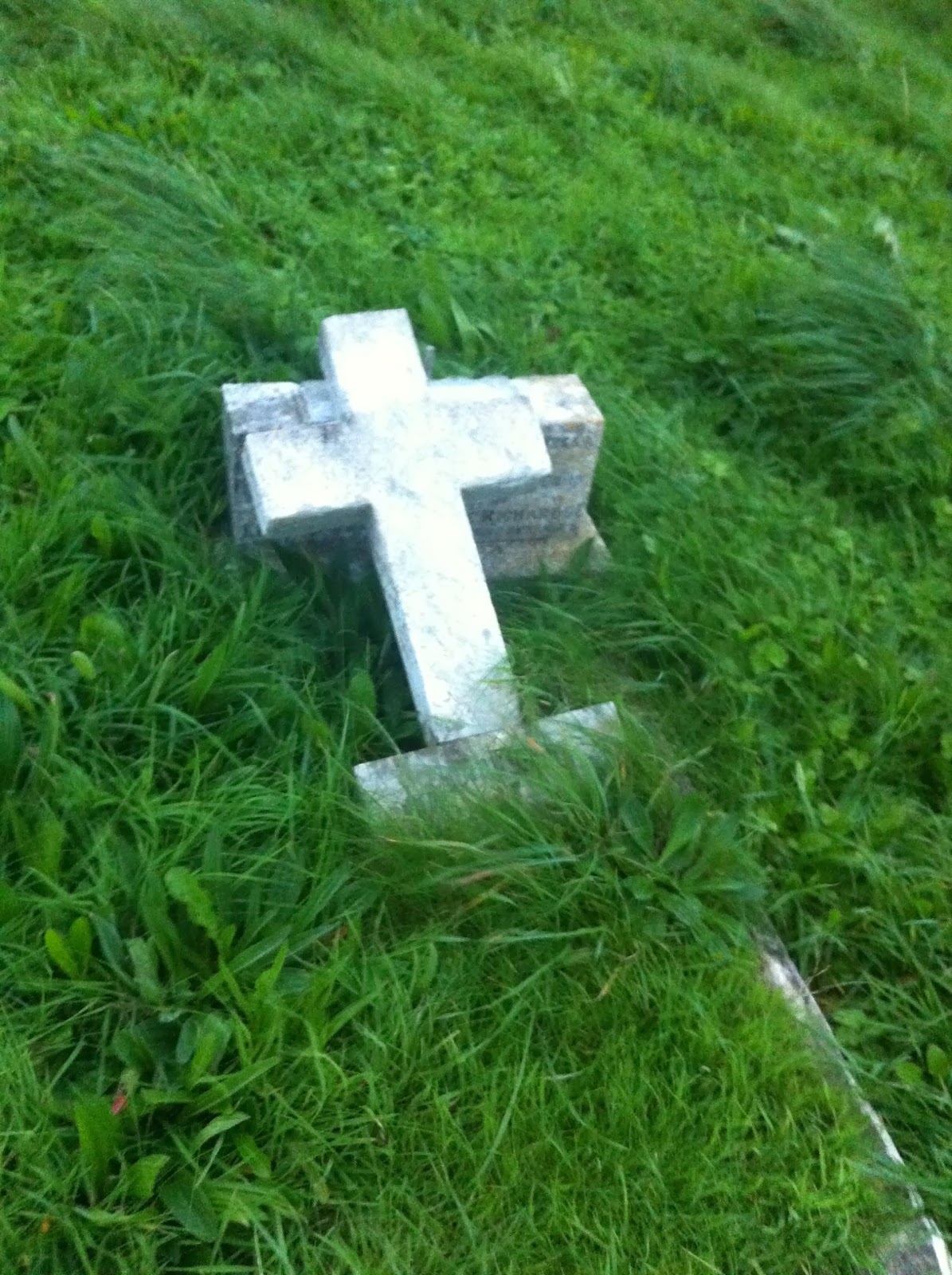 Posted by SconeLady at 7:44 PM