*(all is well, and many would not have been so unsettled as the SconeLady! I certainly have miles to go in the area of trust).

It was scary. And so I was scared. Coming suddenly upon thick ice, in the dark, miles from home, was not funny.

It wasn't a very welcoming prospect, but there was nothing for it now but to forge ahead.

We had thought it a smart idea to go on and finish the long drive in one go. Why not? The roads looked good, online. Clear. Dry. But then the phone rang and it was Mother, gently letting us know that perhaps there were accidents ahead, and ice, and uncertainty. It had been on the news, but I tried hard to reason with myself that it would all be gone before we reached it.

Only it wasn't gone, and in fact was worsening as the temps swiftly fell. Yikes! What to do? Well, you are in the situation without any really viable way out; you must just do. Home, and Mother, were a mere 30 miles away, and I desperately wanted both. The only way to get them was to forge.

Of course, I prayed a whole lot. Made rash promises that feel a little embarrassing now, but were fervent and sincere then. Rather like the soldier in a trench. But I knew from long experience that He listens to them all, and knows. Understands. 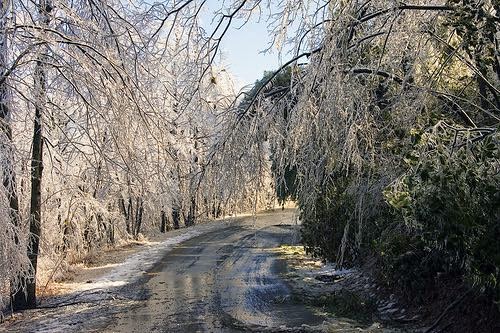 Being scared in a pickup truck in winter with inches of ice beneath is no comforting place to be.

It had happened in an airliner when, just moments after takeoff the huge craft suddenly dipped in a downward motion, and everyone screamed. We later learned that the pilot had had to avoid 'something'; we never knew what.

It had happened when I, and 3 others, had hurtled down a steep cliff on top of an inverted truck hood, in the snow and in the dark.

It had happened when I was told I would have spinal fusion surgery to insert a long titanium rod, and loose my mobility in the neck.

And, it had happened when I found myself tumbling over inside a car without a seatbelt, and the world became a gray and noisy tin can. 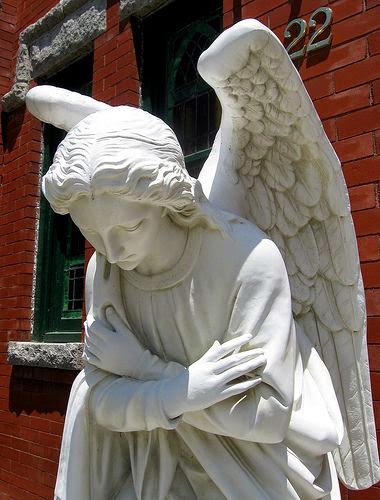 6 Be strong and of a good courage, fear not, nor be afraid of them: for the Lord thy God, he it is that doth go with thee; he will not fail thee, nor forsake thee.

Keep your lives free from the love of money and be content with what you have, because God has said, "Never will I leave you; never will I forsake you."  So we say with confidence, "The Lord is my helper; I will not be afraid. What can man do to me?"