From the Oven to my Plate


It has been almost two weeks since we returned, and I am beginning to yearn for a Cornish pasty. This will not do. There is no place near us that has them. No lovely pasty shop facing a harbour at high tide or low. And even if I were at the California coast, I seriously doubt there would be any near equivalent spot who could scare up a delicious pasty. 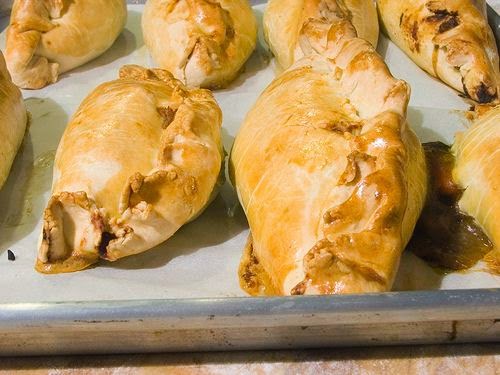 Friend Rosie has taken pity on me and sent me, from the wilds of Norfolk, a delicious Cornish pasty recipe. Complete with crust. The recipe is in grams, but beggars can't be choosers. And I have the Internet to help me with conversions. For instance, it begins with 500g of plain flour. 500g  = 4 cups! How easy is that!?

I love this. I am going to practice it, and then make it as a test. And then have people over to test it on them. But before I test it on them I must give one to the SconeLady's husband, who became a fan of pasties and will be an eager participant in the test. I can't wait.

The crust recipe includes plain four, sea salt, cold unsalted butter, and a free ranch egg. Doesn't that sound interesting? I think it is called a 'short crust' recipe, and it is what people from Cornwall generally use in pasties (it is said that a pasty crust must be able to 'survive a drop down a mine shaft'). Another alternative is (I think) puff pastry. I could be wrong about this but I think I heard it at the shop where we bought ours in St Ives. They gave us a choice, and we chose shortcrust. But I think puff would be delicious too... (it might not survive a drop down a mine shaft, though).

Apparently, the use of carrots in a pasty has been traditionally frowned upon, but Rosie's recipe does call for them and so I will not frown upon it. Skirt steak, onions, potatoes, courgettes (zucchini), carrots, butternut squash, nutmeg, salt, pepper, rosemary, and olive oil. I am told that pasty-makers have the tradition of using whatever is available in the kitchen, and so I am free to toss in any other veg. I think I will try just what is in this list, though, because the pasties are going to be perfectly HUGE, if I get carried away.

This is going to be fun! I will tell you about it and take a picture, and also give you the recipe. Maybe we can start a new tradition over here, with or without mine shafts. Three cheers for American pasties! 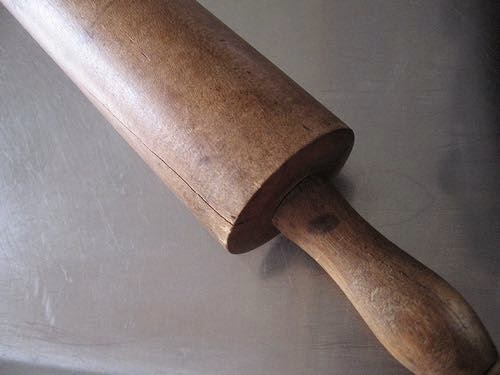