The Gallery Where She Once Lived, and Died


I was enchanted by the sculptures she had designed and created and left for us. She was in many ways a reclusive sort of artist, as were many in and around St Ives Cornwall. But reclusive or no, the world knew her work and wanted it.

The day I visited her gallery, housed in the place she had called home for nearly 25 years, was a calm and sunny day. Alone, I began in the big room which held the largest collection of her pieces on the premises. The sheer number of media stunned this gallery patron that day: bronze, brass, copper, wood, string, stone, marble, limestone, painted plaster, alabaster, concrete, silver, and aluminum! Are you shocked?  Amazed? Who wouldn't be? 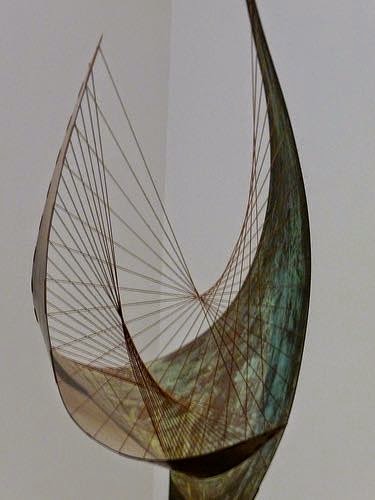 The lovely thing was that I could take all the time I wished, in looking. No one would hurry anyone along. The Docents were available and hovering, if needed. Knowledgeable; kind. I did speak with someone, eventually. But not just at first.

I think my favorite items were crafted of wood and string. Or perhaps just wood. It makes no difference which, for all of her pieces hold a special fascination. And each piece is explained for you on a laminated card that you carry with you but are meant to leave behind. Don't worry, the SconeLady left hers behind! (although I wished I did not have to). 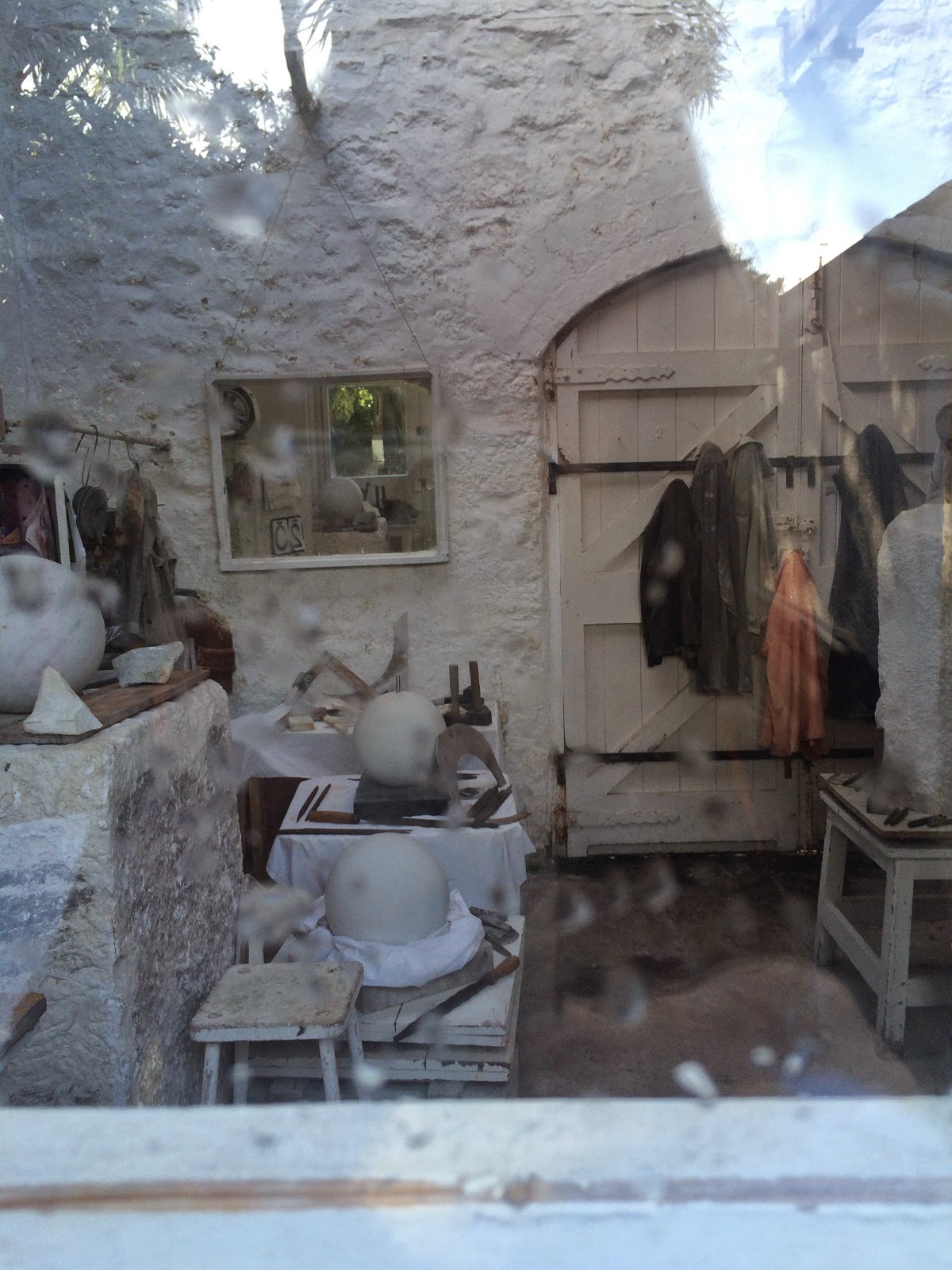 From the larger room I ascended up and out, toward one of her work rooms. They contained the tools of her trade and were left largely as she herself had left them; sitting on benches or tables, ready to be picked up and utilized the next day. The general hue of all her rooms was white - something I love! - and no area was really scoured or completely organized for a 'company' visit. I liked that, because it seemed to make her work more real, more like 'us'.

From the work rooms I proceeded out of doors to gaze at the sculptures in the afternoon sun. As I moved slowly around I noticed a maintenance man raking leaves, piling them, taking them off. He smiled, and I kept meandering. Soon I came upon the tiniest little bedroom anyone could ever wish to have. I do not think I would have liked sleeping inside of it, myself. I thought, 'Could this possibly have been HER bedroom?

Really?' The maintenance man continued his raking, but looked over at me looking. 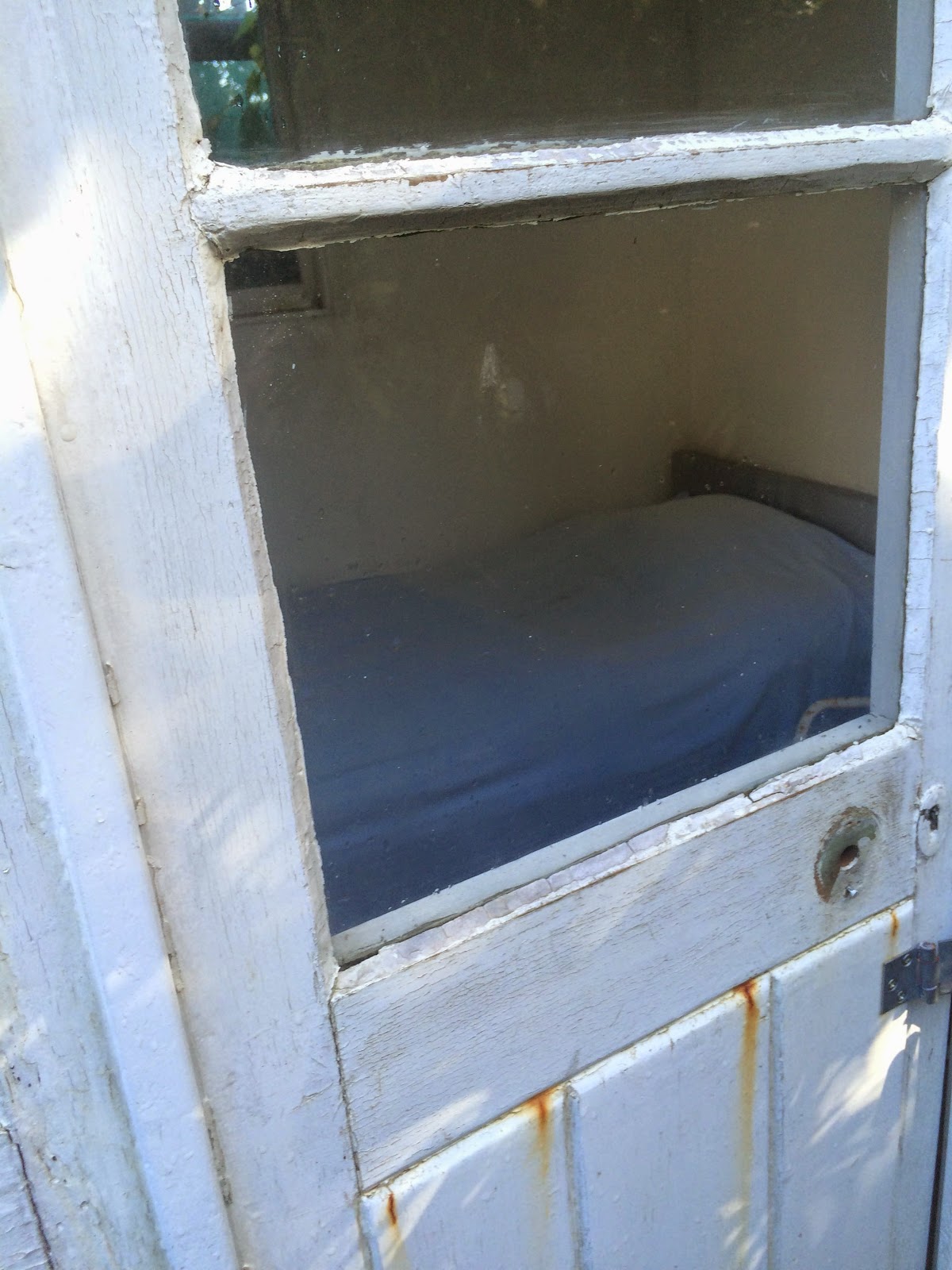 "Hello, do you have any questions, Miss?" He kindly asked.

"Well yes. I was just wondering - is this her bedroom? It is awfully small.."

"It is indeed hers." he said, and I waited for more.

"But it is so unlikely," I continued, after a silence.

"Yes, it is where she always slept. She wanted to be alone, and had this built to accommodate her."

I had not heard of the circumstances of Ms. Hepworth's death, except that there had been a fire. I ventured, "Umm, did she die - near here?"

"Oh, well, she died right here, Miss, right here," and he pointed to the tiny bedroom.

And the story poured forth. "Ms. Hepworth was fond of a bit of a drink, shall we say, and liked to have it just before bed. At the same time, she liked her little bit of a cigarette.."

I was fairly well stunned by this, and stared. "Good heavens. What happened?"

"She fell asleep smoking, that's what happened," he said. "The fire brigade were called and they came to the rescue but it was too late.."

"Oh, yes, Miss, I did. In fact, my father was in the fire brigade and was the one that found her. But, as I said, it was too late."

There seemed nothing to be said to this except "How very terribly sad," to which he responded, "Yes, oh yes, indeed..." and picked up his rake once more.

And thus did I meet the son of the fireman who tried to rescue Barbara Hepworth. How very, terribly, sad. 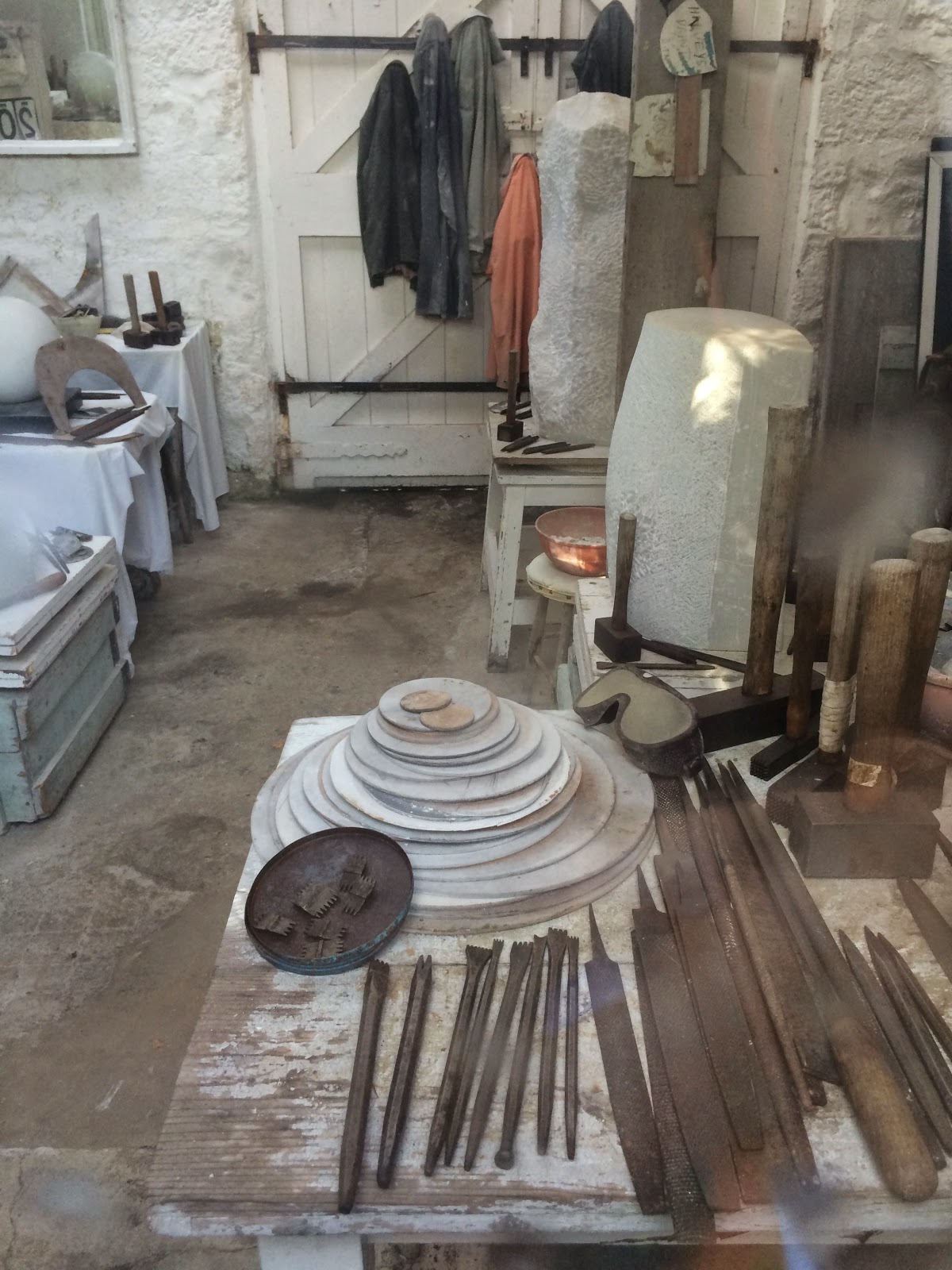 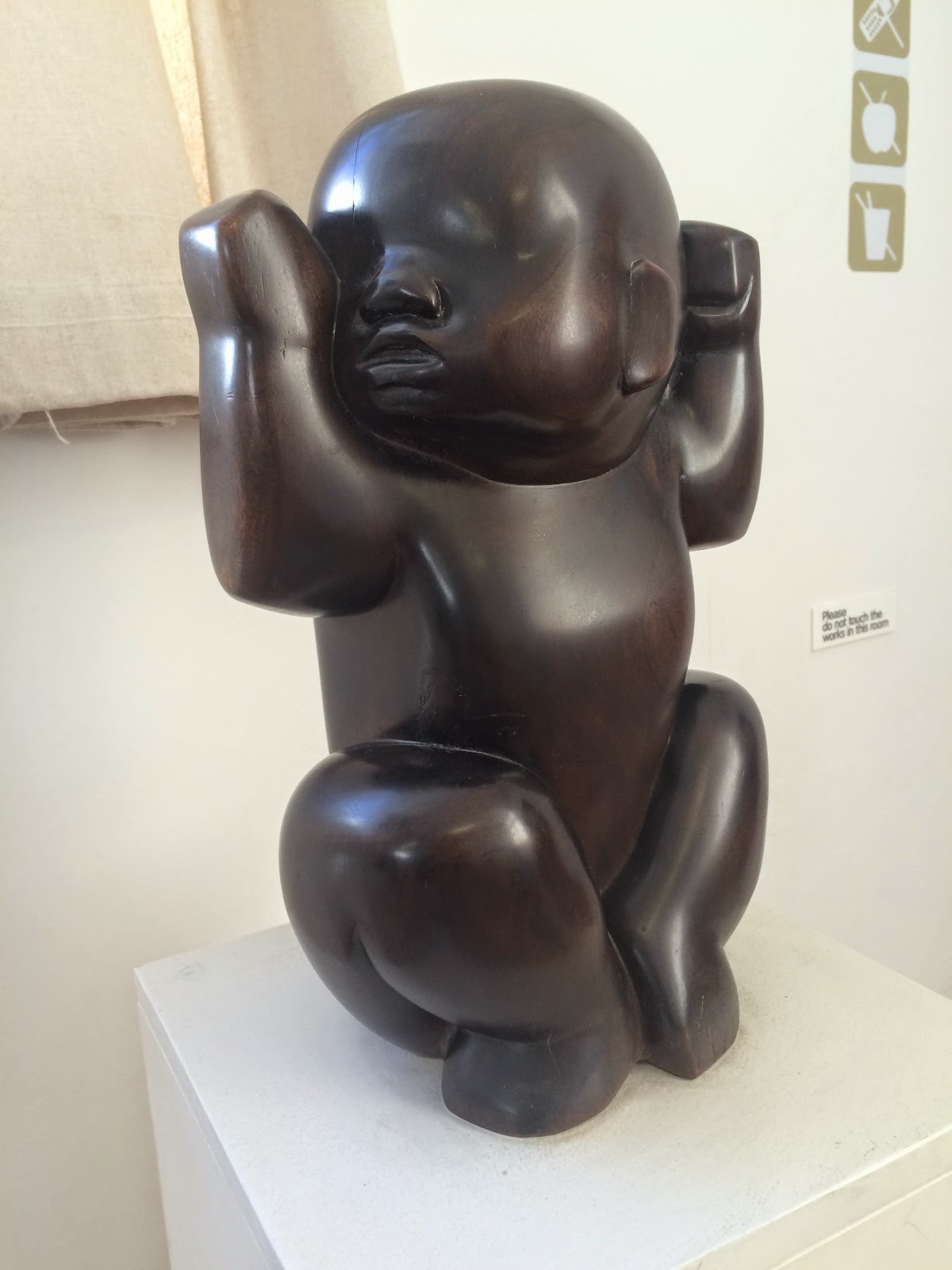