Cornwall, Day 30 (Friends with an AGA are the Very Best Kind)


Mahogany, candle light, delicious foods, and at the end - oh, sweet favorite - Berry Tart with custard. The AGA had been hard at work, and I was the willing recipient. 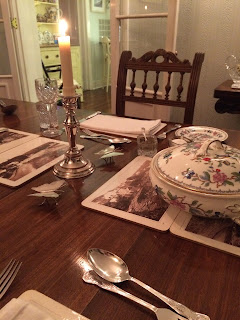 It had all started with an invitation that would include a train to Truro, and its splendid Cathedral: 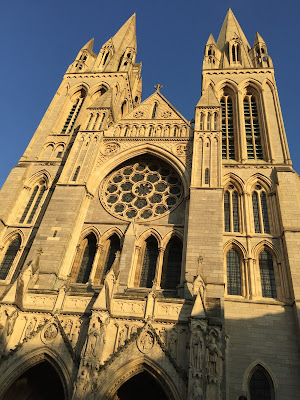 And who was I to meet at the station, dear Readers? It was to be none other than the Rather-Stunning-Son's darling-girl's relatives! I believe the Darling Girl is their second cousin once removed, or something similar. But it doesn't matter, really, because one's relatives are a precious commodity, removed or not. They had welcomed me into their Cornish home a year ago, and wanted to do so again.

"Shall we take you to Truro Cathedral?" they wrote. "There will be Evensong for All Saint's Day at 4:00, and you might like to hear that."

"I would love to!" I enthused. Visions entered my head of a Boy's Choir singing their harmonies along with the elder, deeper voiced choir members, walking through the Nave behind the Cross. It would be brilliant, I just knew it. But before we experienced this vision, we:


As we entered the Cathedral a man handed us our service sheets, and enquired as to where we would rather sit. "The Nave, perhaps? Or even the Quire?" I could hardly believe he was inviting us to sit in the vicinity of the choir. Quickly, I responded, "Oh, the Quire would be lovely," and we were directed there.

And then all at once, the deep tones of the organ began and all rose to their feet to watch as the great Cross passed. The Cathedral Choir sat directly in front of us! It was the sweetest thing. The hymns, the Psalm, the Gospel, the Epistles, and the Old Testament were sung and read, offering the truth to all who had come. 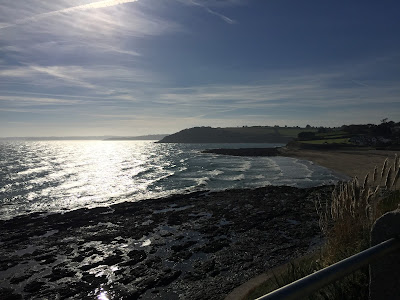 Then just at the end the very littlest choir boy yawned hugely, signaling a probable end of the service. We smiled, and waited, and watched as men and boys, Vicar and Canon, and swinging incense passed us by. And then it was our turn to leave. Only I really didn't want to because there was such peace and accord in that place. We glanced around and were surprised at how few people were there with us. It seemed to me that that place and that message was just exactly what was needed, if only we could hear it.

But it was time to go, and so we did. Home, to a delicious Fish Casserole and fresh carrots and peas and that unbelievable Berry Tart. Not to mention the delightful conversation!

Just exactly what the SconeLady needed. 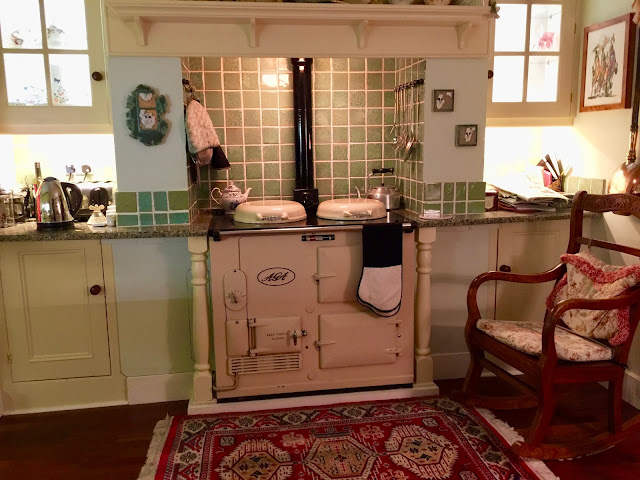 Posted by SconeLady at 2:12 AM