That's The Glory of Love


When To Sir, With Love came out in 1967, there was some chatter about it at my school. Apparently it was scandalous, which caused the chattering. I, however, didn't know what they were talking about. It was one of those films that year (such as The Graduate) that went past me. Too scandalous.

Sidney Poitier had quite a year, that year of 1967. To Sir, With Love, In The Heat Of The Night, and Guess Who's Coming To Dinner all in one year. All successes! And although I missed them that year, there were later years when through reruns I did see To Sir With Love. He did a fabulous job. 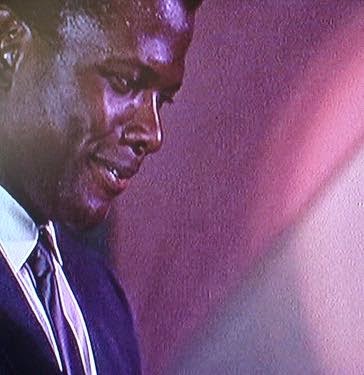 But tonight is the first time I took a look at Guess Who's Coming For Dinner. There were a lot of discussions in it about race, which were interesting. But I found myself most attracted by its theme song, That's The Story Of Love. I love that song! It pops up from time to time, you know, in movies (case in point: Beaches). And every time, the song helps the film. I think its words are simple, but true:


These lyrics help us because they remind us to stick around. We will give a little, yes, as someone else gives graciously back to us. We will laugh, and we will cry - but not forever! - just until the clouds roll by. Sooo true.

The 'blues' are all just part of the story, not the entire story. Let's not forget that clouds are temporary...and in a strange way, all a part of the glory of love.

There's nothing at all scandalous about that.

'Tears may last for the night, but joy cometh in the morning.'