For I have been stuffed into that wretched tube; I have seen/heard/felt the scowls/grimaces/glares of fellow passengers who clearly wish we would just vanish into the passing clouds. I have been there. And it isn't pretty. 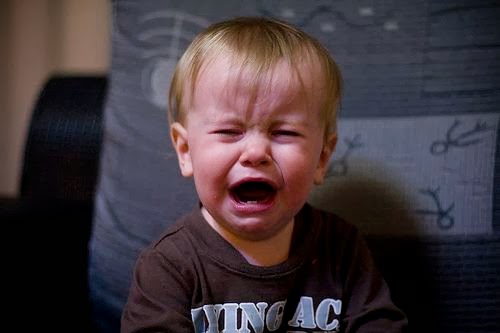 A military wife must carry a large bag of entertainment options, and bear the knowledge that this too, shall pass. Just not for the next 12 hours.

My small traveling companions were the nicest little things, when not forced into a seatbelt and expected to keep quietly still with scowling adults all around them. I think it must have been this that set them off. The grimacing. Unhappy grownups who don't like being kicked repeatedly from behind.

On one especially long flight an astonishing scream began with takeoff, and ended approximately one hour prior to landing. People everywhere offered up suggestions that didn't work, and we were all by then in an agony of torment, swimming upstream together.

And then! A gentleman three rows behind us approached (he was a Brit, bless him) and whispered, 'Would you possibly try some Kalua?'

I thought he meant for me. But no, he respectfully said he meant it for the tiny son. I was baffled, but the flight attendant dashed off and got some. At no extra charge.

We all watched hopefully as my son drank that Kalua-laced milk down in mere moments. A blessed silence settled in upon us. Then suddenly a cheer went up, and more than one elated passenger patted me on the back. Not a peep was heard after that.

Dear Reader, if you are a young mother traveling alone with small children, you have my complete solidarity. You might not like the idea of Kalua, but I can tell you there is at least one flight of grateful passengers who believe in it absolutely.

Posted by SconeLady at 7:53 PM