I don't mean to speak indelicately but yes, it was Hotter Than. Than what, I will leave up to you. It was winter when we left the cool, refrigerated shores of New Zealand, and the Equator was nothing to mess with. On the day we would cross it, festivities were planned to take our minds off our miseries.

For King Neptune was to come up out of the Sea, and visit us! 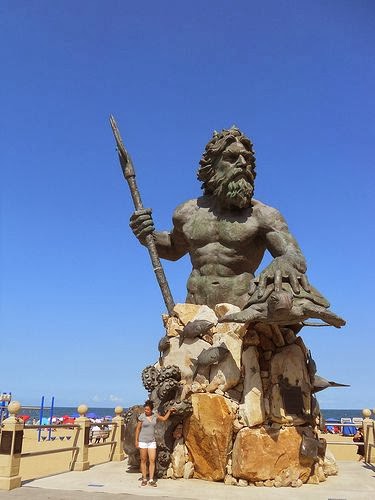 The announcement was made, and passengers dutifully trooped up to the top deck of the ship. From there we would see this magnificent creature emanating from the waters below. When the countdown finished and he eventually did make an appearance, this Neptune truly did come up out of the sea; huge, with long flowing hair infiltrated by seaweed; a massive spear in one hand; holding the obligatory tortoise in the other. He was tied to a rope and a pulley. Children screamed. Women stared. Men wondered...

For King Neptune had adapted to the heat by having nearly nothing on by way of clothing. It was no wonder the children screamed, I really feel. Being an unmarried young lady (when being unmarried actually meant something), I felt it was not really quite Nice. But Neptune waltzed aboard and proceeded to kiss the hands of the ladies, frequently making threatening lunges toward the men.

Richard (the young Aussie with the white teeth) caught one glimpse and went below. So did one or two of the ladies. Everyone else, however, stayed, willing to ponder the mysteries of the deep south seas.

At last, the King went away, and the crowds began to thin. I stayed for a while, gazing out from the ship's side. A sudden need to make tracks back to the US had hit me like a wave. The weirdness of Neptune, the crush of the crowds, and the heat had all at once gotten to me, and I wanted my mother. 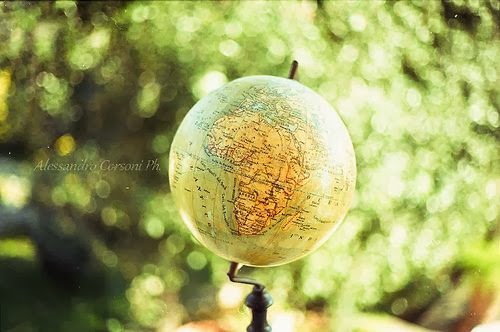 And I wanted to be Normal again. Not someone Alone, at the Bottom of the World, but an American on American soil. Certainly, I had Acapulco and the Panama Canal to look forward to. But I wished we could fast-forward to the part where I see my mother standing at some bus station, watching hopefully for that small blond head to appear in the crowds.

I glanced down at a flyer handed to me by the steward. 'Notice: From tomorrow, a Bible study will take place each morning in the ship's chapel. All are welcome.'

A Bible study! Now THIS was something hopeful. Something terrific.

Suddenly, the heat and the crowds and the oddly disturbing G-string all faded. I would be alright. And with my family again.

(But really, I could have done without that glimpse of King Neptune).