I must have eventually fallen asleep. Suddenly I was jolted awake by the abnormally harsh ringing of a telephone. Where on earth was I? Disoriented, I sleepily picked up the phone and heard, 'Wakeup call, Miss.' I remembered the frightening night in a Miami Motel 6; staring at the malfunctioning doorknob and waiting for it to slowly, creakily turn and reveal some evil being behind it. I couldn't get out of there fast enough. And may I pause here to make a statement about the brilliance of Mothers? I was low on funds, and had sent Mother a message just before sailing. Somehow we had agreed that she would send money to me c/o General Delivery, Miami. Brilliant woman! She did it - and there was one happy little blond standing at that postal counter. Rescued!

Then, picking my way across the bus station sidewalk (a.k.a. samples of humankind), I found a sympathetic looking Greyhound attendant who ushered me to the right bus. He said I could pick and choose any city or town to visit just as long as I was finished in 21 days (apparently I would turn into a pumpkin, or something). Now if you were in Florida, where might you want to go first? 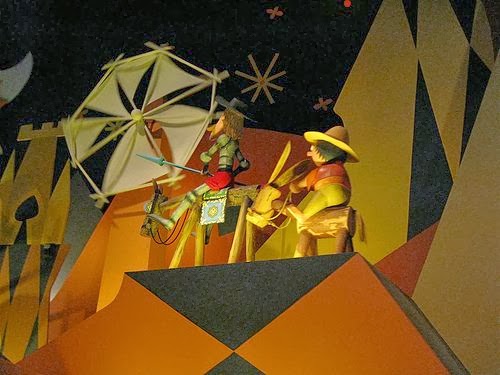 I would see the Matterhorn! Maybe the Haunted House, or It's A Small World. I began humming the tune..


'There's so much that we share,
That it's time we're aware
It's a Small World after all.'

So I boarded that first Greyhound, not knowing what adventures were in store, or what people I might come across. Walking down the aisle of that bus seeking an empty seat, I suddenly saw a woman who looked rather nice. She was wearing a hat and a nice skirt, with - was that a Bible on her lap? Could I have struck it rich once again? I sank down next to her and smiled, feeling safe for the moment. On my way to Disney World, next to another Sister in the finest sense.

Because it's a Small World, after all.