As the song ended, I was unsure of what to do next, because there was such a silence. But then - the sounds of applause, and even a cheer or two! Then as this kindness washed over me, I knew that somehow a stage for me would forever feel like home.

Smiling people began to approach amid jovial handshakes and introductions. A man and woman stood near my elbow, waiting. I turned. Red headed, they were, and with huge grins! Larry and Rose Harveaux, splendid Americans en route to California. "You're an American!" they laughed. "You must come and meet the children.."

And with that, a friendship was born. The children - dear Readers, there were five of them! - were a joy and every bit as splendid as their parents. And almost all of them had red hair, so it wasn't very difficult to find them bobbing along the deck, jumping up and down, shouting greetings, laughing. Always laughing. I don't think any of them ever cried.

A young man also stood shyly near, on that talent night - the one who had earlier pointed out the dolphins. I asked his name. Richard.

May I say? The next moments with that group of people were some of the sweetest. Friendships were forged that I haven't forgotten, although we never saw one another after the ship docked. But that first night we all stayed up late over cups of coffee and pieces of pie. 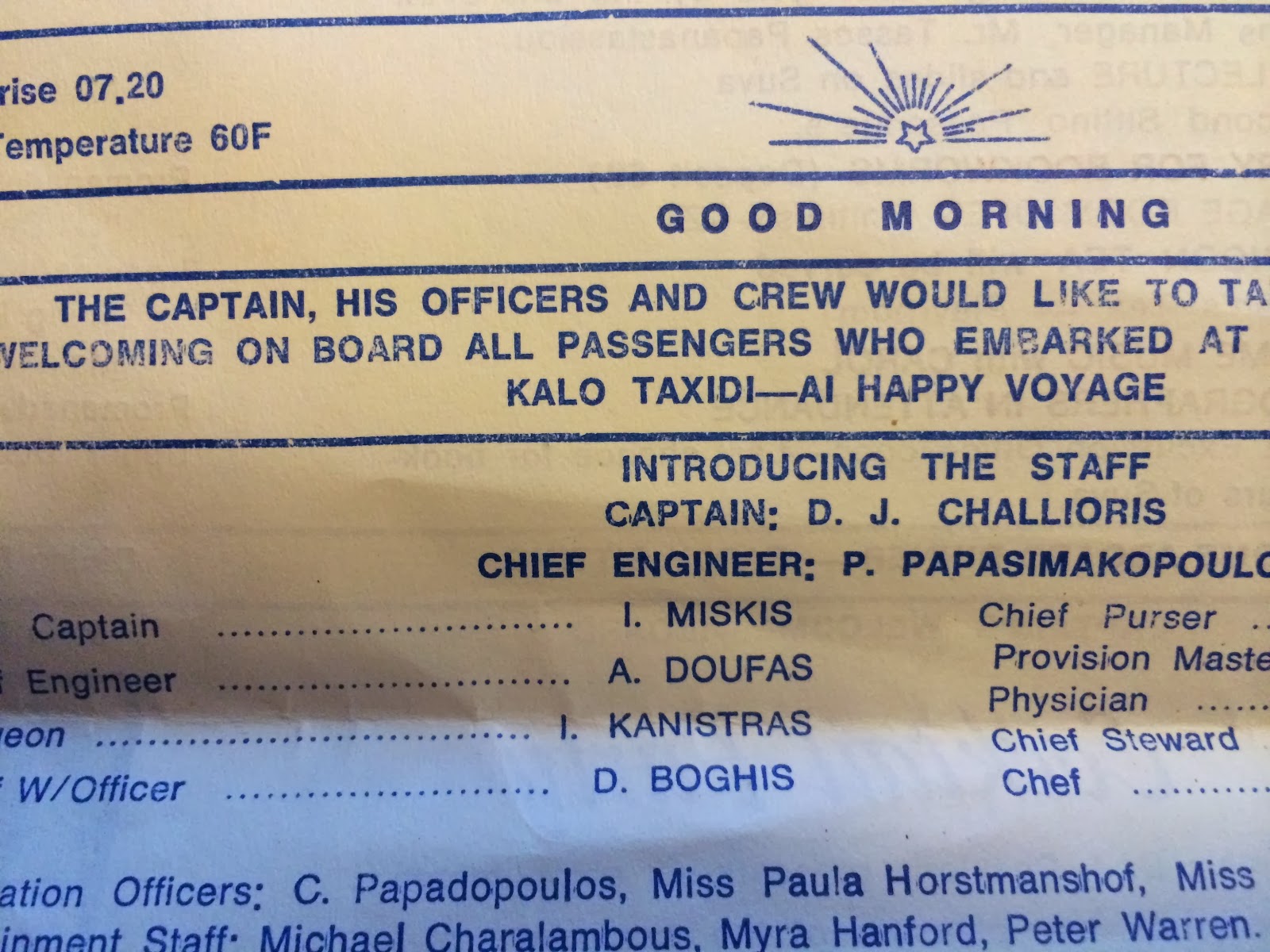 'Which state are you from?'

'Can you teach me some guitar chords?' And so on. The first of many shipboard chats!

Remember the seasick pills? Well I did  use them for three days, and then seasickness never bothered me again that trip. One night I was baffled to walk into the dining room to see NO ONE THERE. I approached a waiter: "Has dinner been cancelled?" But he said, "No miss, it's just that everyone is sick. Hadn't you noticed?"

The poor things! Yet I was somehow fine and enjoyed a lovely dinner, as well as the 3 meals next day, all by myself. 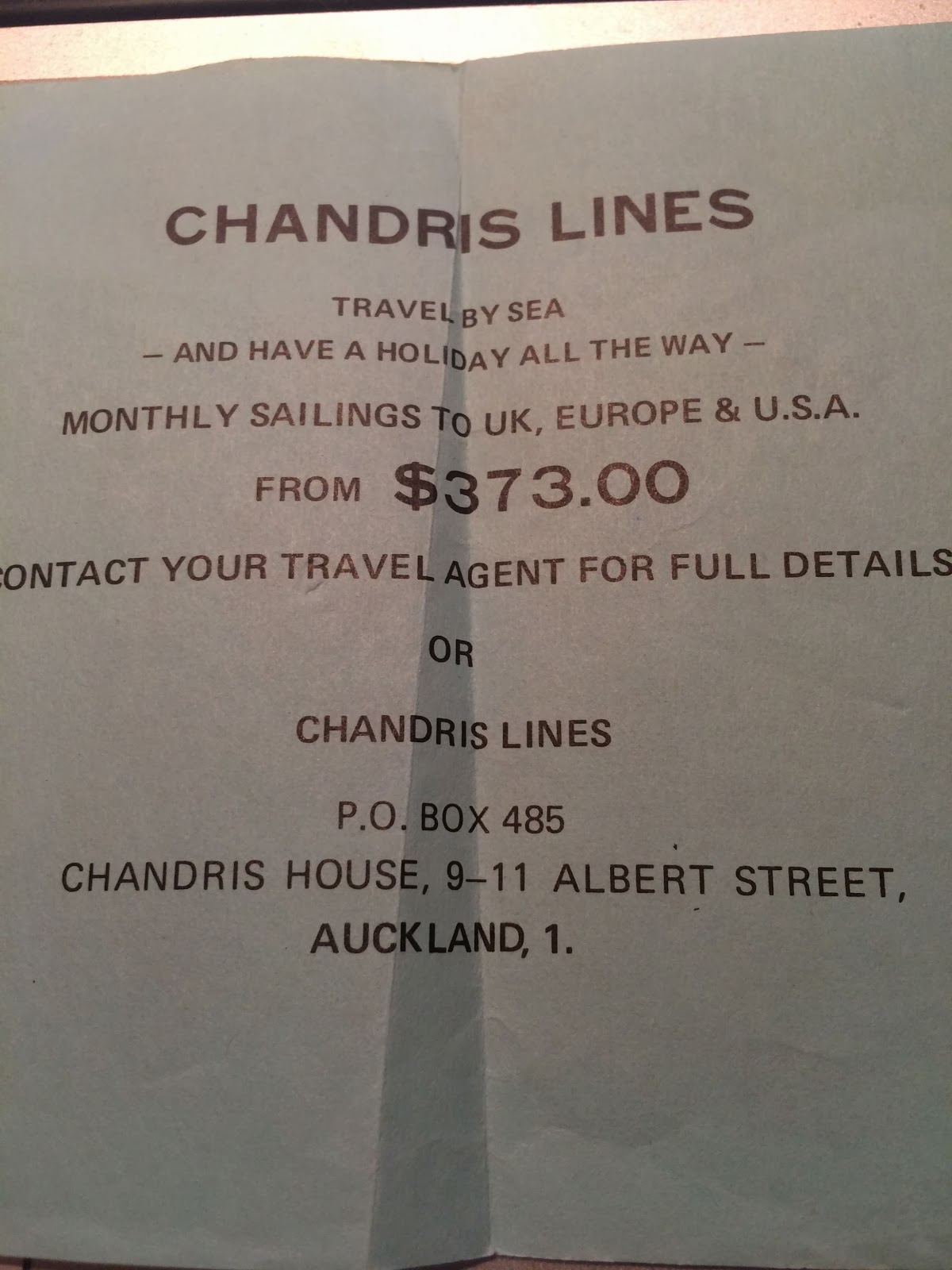 My one regret was in finding that many of my new friends were among the sick! An announcement I heard one day was somewhat concerning. People were strictly instructed NOT to lean over the ship's guard rails if they were feeling poorly. Depending on which way the wind blew, those on the next level down might find themselves unpleasantly - um, splattered? I remembered a sign we had laughed about above a construction site in Auckland:

It was something I hoped my fellow passengers would strictly follow!

See you along the way!
the SconeLady
Posted by SconeLady at 10:11 PM