The Flag at the Panama Canal

Yes, there was still the famous Canal ahead, and 3 days later, Miami. From there I would make my slow way across the U.S., state by state, on a Greyhound bus.

My new friends would scatter from the harbor at Miami, and I was not sure I would see them again. But we still had 3 days. In the meantime, we were gathered and staring out as the Panama Canal crept slowly closer and closer. 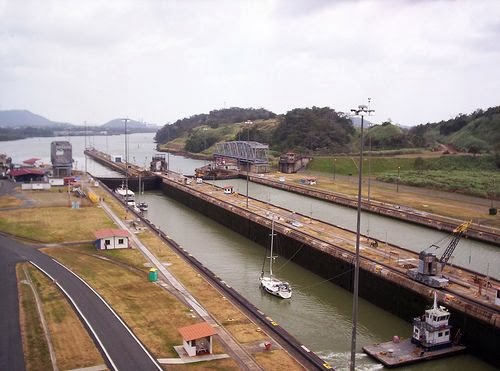 Larry and Rose Harveaux and their children stood by me as we approached. It was Larry who said he couldn't wait to see the American flag, flying at the Canal. I had known it would be at Miami Harbor, but -  "The American flag? When will we see it?!" I exclaimed, suddenly excited. "Oh, you'll see it. There won't be any doubt when you do."
We used any binoculars we could find to stare out ahead of us. Finally we caught a speck in the distance, a centralized area dead ahead. Eyes peeled. Silent American crowds on deck straining to see. For some of us it had been a year since we'd glimpsed an American flag. For others, many years. There we stood together, in silent understanding that day.

The year away at the Bottom of the World, nearly 3 weeks on board SS Australis, and now - this. And there she was, our flag standing there so beautifully. Choked up isn't half the word! Larry was the first to see her, to shout it out and suddenly we were silent no longer.

A great cheer rang out on that ship's deck that hot day. Exuberant applause that lasted. And then as we drew near, the applause and the shouting and jumping all stopped. We stood with hand over heart, singing the words we had not heard in a long long time. 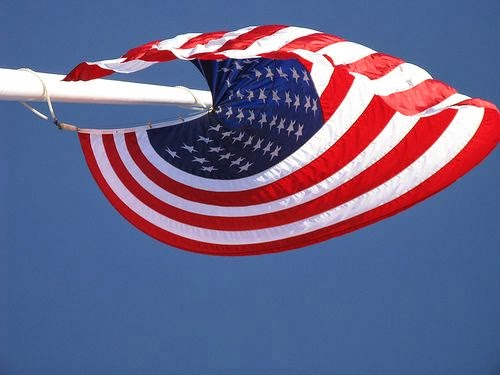 Oh say, can you see by the dawn's early light
What so proudly we hailed at the twilight's last gleaming.
Whose broad stripes and bright stars, through the perilous fight,
O'er the ramparts we watched, were so gallantly streaming. 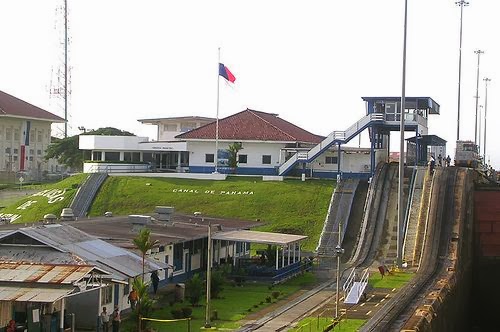 You must forgive us our enthusiasms here. We couldn't help it. Others, the good British folk nearby, the New Zealanders and Aussie's eager for their first glimpse of the USA, all watched in quiet respect as returning Americans joined in their time-honored salute to Old Glory. They, too, understood.

There just isn't anything quite like that American flag. Maybe it isn't flying over the Panama Canal anymore (*ahem*), and maybe we have experienced some calamities since that day in '73, but we won't forget the feeling of coming back to it. To the good old USA.


Oh say, does that Star Spangled banner yet wave,
O'er the land of the Free, and the home of the Brave.