It was time. The ship was docked in Auckland Harbor, and my bags were ready for departure. Friends and acquaintances heard that this was my last day, and descended upon the scene en mass. The memorable series of moments began with smiles and ended with tears, and it does not take a diary to remind me of this. Some things are simply burned into the brain. 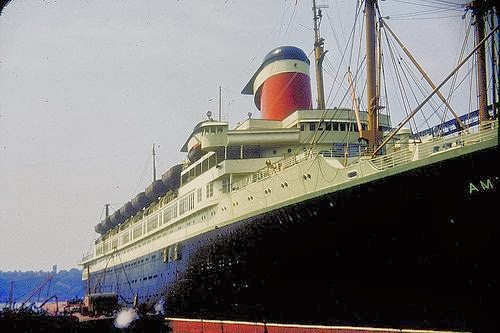 Although Air New Zealand had gotten me there (with the Maori dancer's boisterous welcome!), the idea of a ship home had occurred and been chosen. The SS Australis would leave when I needed to leave, so she and I would travel together. She was a magnificent one-class ship, so there was no 'steerage' or First Class. Superb!

The old television show The Love Boat shows a receiving area as passengers come aboard, spacious, room for well-wishers to join them for the goodbyes. It was just like this on the Australis, and my own well-wishers gathered in a circle, with me smack in the middle of it. I moved around them, hugging, seeing damp eyes and girls fiddling with packages of tissue. It was a little bit like Dorothy saying goodbye to the Tin Man, the Cowardly Lion and the Scarecrow - mentioning the little and big ways she would miss them all.

My American friends had gone, back into the arms of eager families, and the group before me were other-than-US. Fiji, Australia, New Zealand, England, Canada, and Samoa were represented. I have seen only one of those sweet people since. The others have remained firm memories from afar, but most have lost contact with this American girl. Life takes over.

In life's own peculiar way, other faces and places came to fill the void so acutely felt on that day of goodbyes. People on that very ship, like the tide, came and then went again. Arriving back in the States (there is nothing like the American flag) there would be decisions to make, a job to obtain, perhaps a university to attend. Family to hug and love and give to once again.

But standing there looking down at the crowds waving us away (my own well-wishers shouting out with the best of them), I could not think about all of that just yet. My heart was more with the recent farewells than with the hellos ahead. 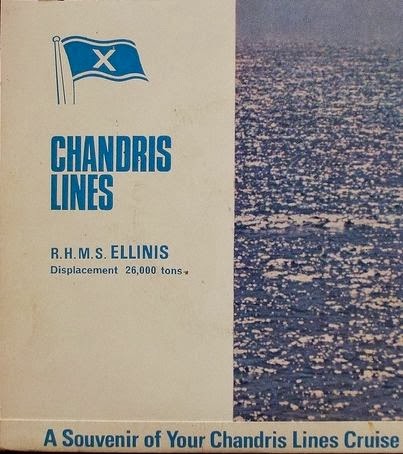 The great blast of the ship's horn sounded three long, clear sounds, and the SS Australis began its slow departure. I watched as the people and the shore grew smaller and less distinct. Soon it was unrecognizable, and we were well on our way. It was some time before I could let go of the ship's hand rail.

But suddenly I thought of something even more important than the sadness I felt at that moment. Even the end of a simply amazing year abroad was not as crucial as the new thought that was pressing in upon me.

I quickly dashed away from the edge of the ship to find the nearest Purser. "Please, sir, I need some seasick pills. Right now!"

So much for nostalgia.