I was munching upon my toast when somebody asked, "What might we see today that we haven't seen?" I pricked up my ears to listen, because it was suddenly beautiful outside and I just had to be out in it. Our hostess thought for a moment, and then said, "Well, how about St Just? You could get yourselves down there, and then walk on over to Cape Cornwall and the Cot Valley.." 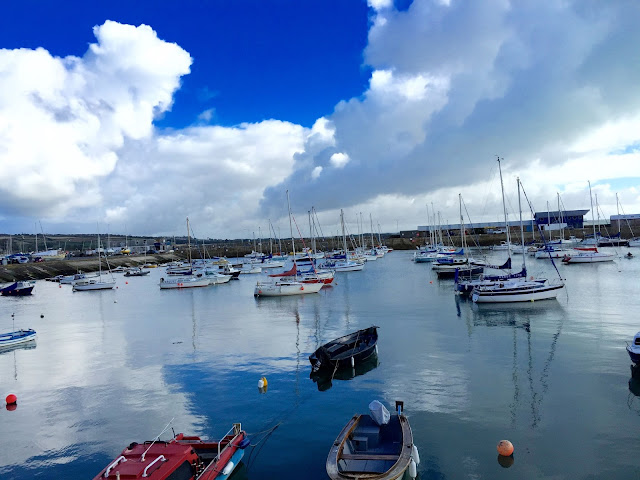 The St Ives marina at its best

All of these places sounded promising, so I listened as she described how to reach them:
I was suddenly willing and excited to 'follow the signs'. Following the signs in Cornwall is always enticing, and St Just was on my bucket list.

I had heard of St Just because all of Rosamunde Pilcher's readers have heard of it! St Just is mentioned in many of her books, certainly in The Shell Seekers, and perhaps even in Coming Home (I think somebody's mother or aunt lived there). My hostess showed me on the bus schedule how to maneuver all of this coming and going, and soon I was ready.

The St Just bus was exactly on time. I had taken my carsickness pills so as not to disturb my fellow passengers with dire happenings - you know how awful that would be - when two new passengers approached. There appeared to be some sort of ruckus.

"But mummy, I don't WANT to go on that bus," said the small sprite. "That is not a NICE bus, mummy. Mummeeeee!" But the little boy's mother was having none of it. She didn't know if it was a 'nice' bus or not but she got him on, the sprite screaming at the top of both his lungs. They finally achieved their seats (every mother-passenger felt for this mother-passenger), and there she sat, looking chagrined. We fellow travelers sat nearby, listening. 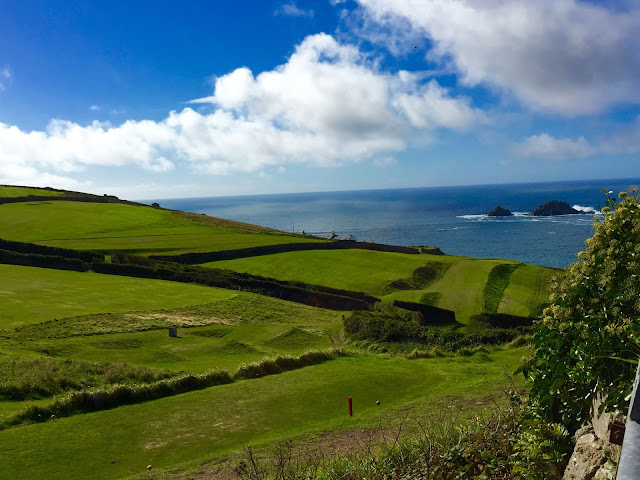 The child fell asleep, but not before that bus driver had hit a curb. He really did, dear Readers, he hit an actual curb! I was sitting toward the back where the wheel was that hit that curb, and felt all 45 miles per hour of it. The child began to scream, "It's a bad bus, mummy, I told you, it's a BAD BAD BUS!!"

The driver was unhappy with this opinion, and went on to hit the curb TWO MORE TIMES (all Cornish roads are slim). We all looked at each other and started worrying. I had never before worried about riding in a Cornish bus, but I started to then.

And yet when we had reached St Just, and when I had walked down to Cape Cornwall, it was worth all three curb hits just to see this one amazing view! (above)

All in all, I think I'm glad I went. But there is really no doubt about it, the child was right - that was one BAD, BAD BUS.

See you along the way!
the SconeLady
Posted by SconeLady at 1:41 PM