It is true, we have no toys and no TV. None. The prospect of having the three darlings over for a night should have been daunting without those two commodities. But no one even asked about them. Not a whisper. There was so much else to do.

This takes me back a bunch of decades, to when the SconeLady was really young and newly married and thinking about a life without a television in it (there was so much else to do). Her newly married husband agreed, and so there was no small screen in the house (a theater screen, however, must have been different, because the SconeLady saw the movie Rocky NINE TIMES in the year before.. That's a topic for another day). 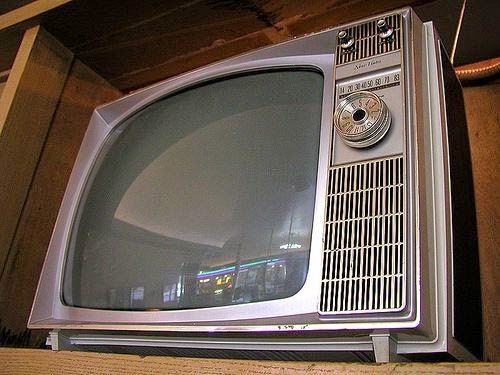 This no TV idea was a pretty steady thing. Apart from the first Gulf War (1991) during which we purchased one 2nd hand, there wasn't any. The kids didn't really have that steady Hollywood diet and everyone got on fine. It was sweet.


And now the kiddies were coming, and rather than scrambling for an entertainment, we had a great plan. Here was our plan: You almost get a whiplash thinking about it. We moved from one thing to the next so quickly that it was like a blur.

The kids themselves showed no signs of flagging. A few hours in, we started to! But we were too busy to think very much about it. Too many hooks flying and hot dog sticks swaying ("oh - watch that hook, please. Umm, watch it, the hook's too close to your brother's eye. THE HOOK!!!".. and so on).

But - I have to be honest with you, dear Readers. We ended up bending the rules just a bit. The 'no TV' rules. When there was still an hour before bedtime and their energy levels were rising? I configured a new plan. It was lovely. Who says we can't be flexible?

Netflix. On the iPad.