We do check the weather, and once in a while it matches up with our electronic predictors. But more often, it does not match at all and we rejoice in the blue expanse, both sea and sky. And then we wonder who these weathermen are.

In the early morning hours there had been that sheet of water just outside my window. But then it fizzled away, and there was that sky just beaming out at me. Time for a bit of exploring! Now where was that sweet corner market, I wondered, checking my directions and coming at last upon it. With four croissants fresh from the oven, I tramped back in the direction of home. 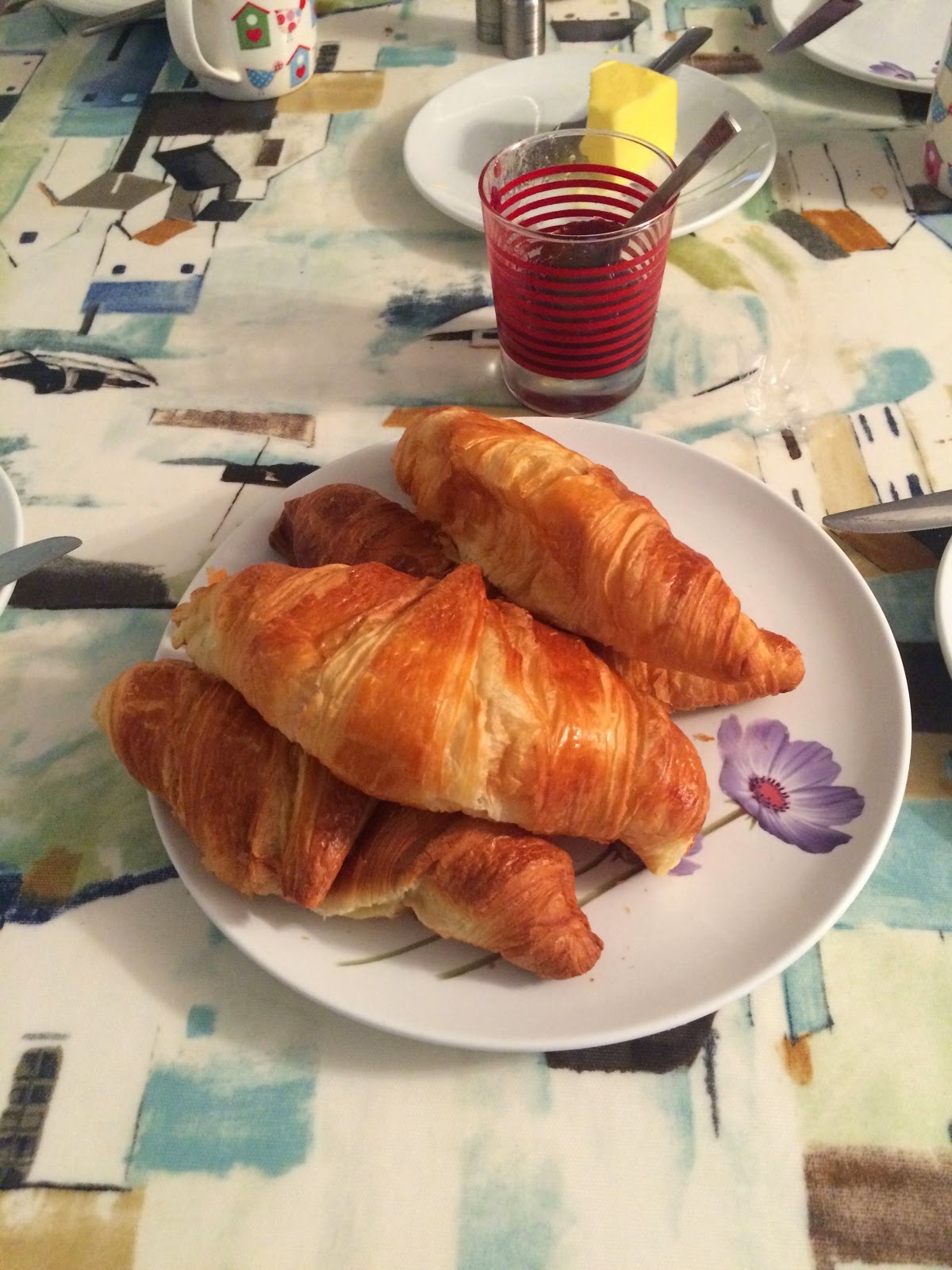 'Home' has such a nice sound to it. Home, for the moment, is Downalong. Have you heard of it? Downalong is a section of the town that sits right at the harbor, cobbled streets gleaming in the recent wet. People who visit St Ives often find themselves wandering toward Downalong because it is where all the 'cute' is. Millions of photos are taken here each year, and the SconeLady has added significantly to these numbers herself. 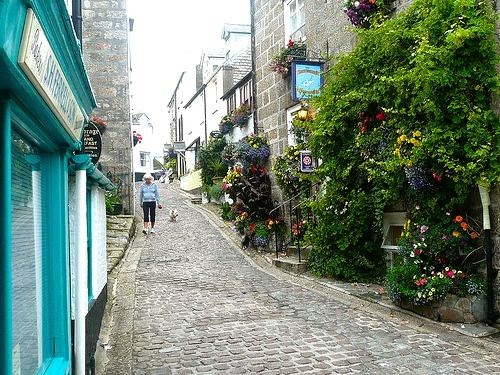 This was a quieter day, after our adventurous and satisfying walk in the windy sunshine yesterday. We:


The cream tea? Well, it was consumed at Bumbles Tea Room, and was unremarkable except that Rosie and I thought perhaps the scones had been made - earlier. At least a day earlier. I think scones can be enjoyed for more than even one day, but it is nice if your first enjoyment of them is their actual first day on this earth. It is a kindness, serving a truly fresh scone to someone who is going to pay you for it.

So, the scone was probably not worthy of the chase. The tea lady was nice, and even friendly when we hesitantly returned a scone upon which resided (*ahem*) - a hair. They replaced the scone with another (but I didn't really, umm, feel as though I could eat any more).. 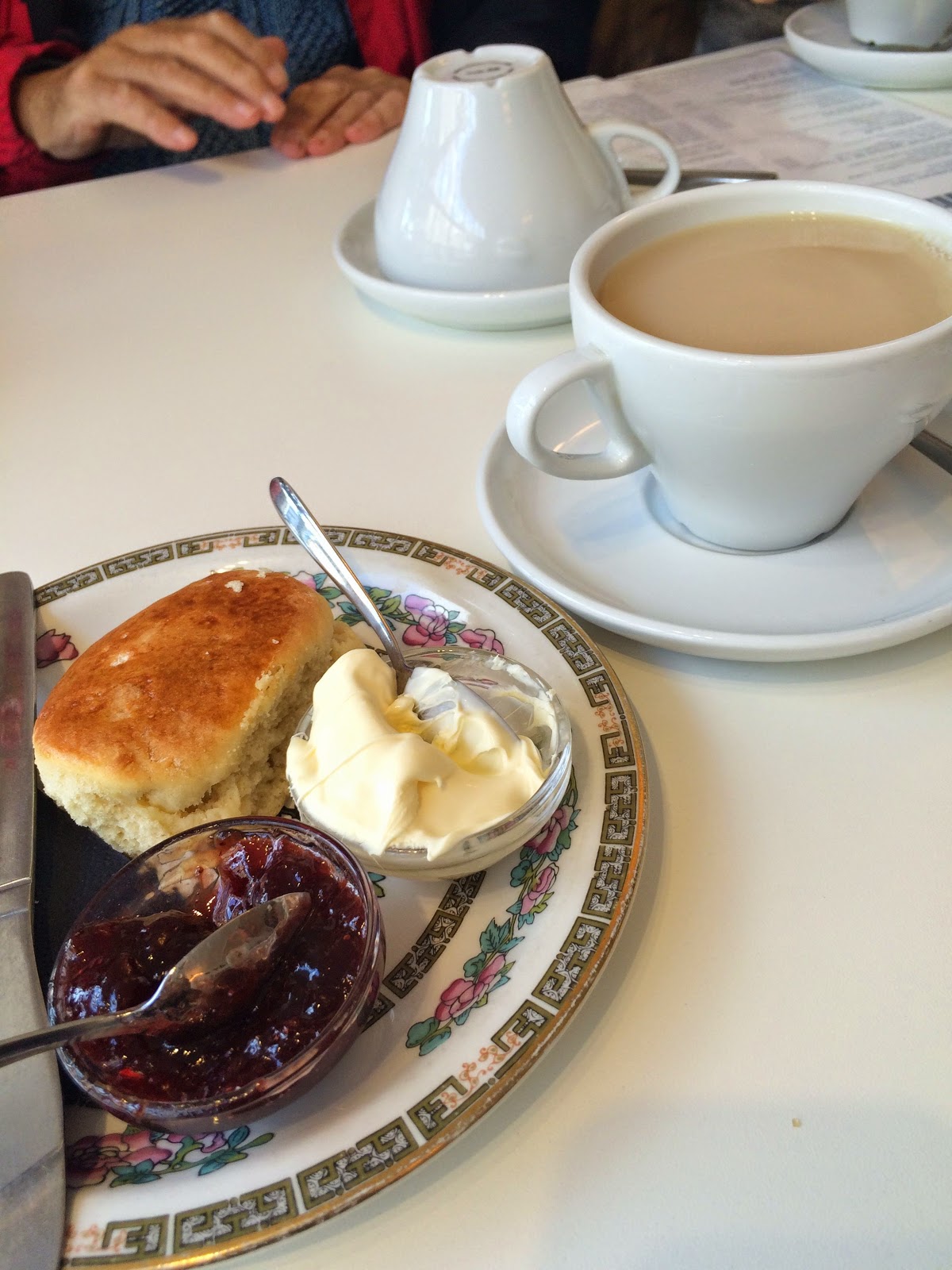 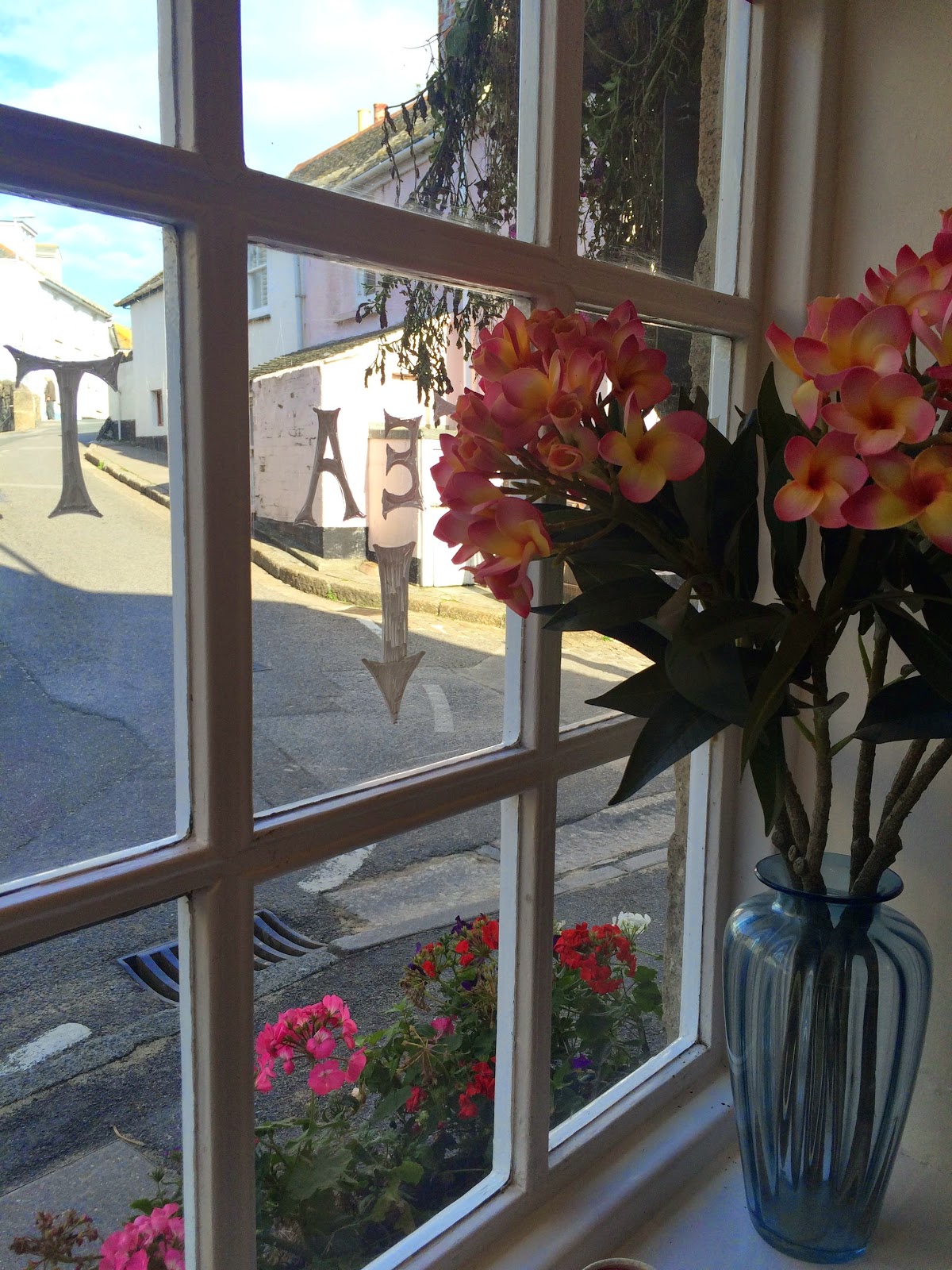 It was sad, my dear Readers, to find that Poppins Tea Room (in spite of going in early to be sure of when to have tea), was once again closed. I believe this was try #5. Or was it 6? Whatever. I haven't stopped trying, and if we ever do get a cream tea at Poppins, you will be the first to know!

My favorite part of this day? I think it was sharing a cream tea with Rosie, and having the satisfaction of knowing we both felt exactly the same about it.