From Behind a Fence 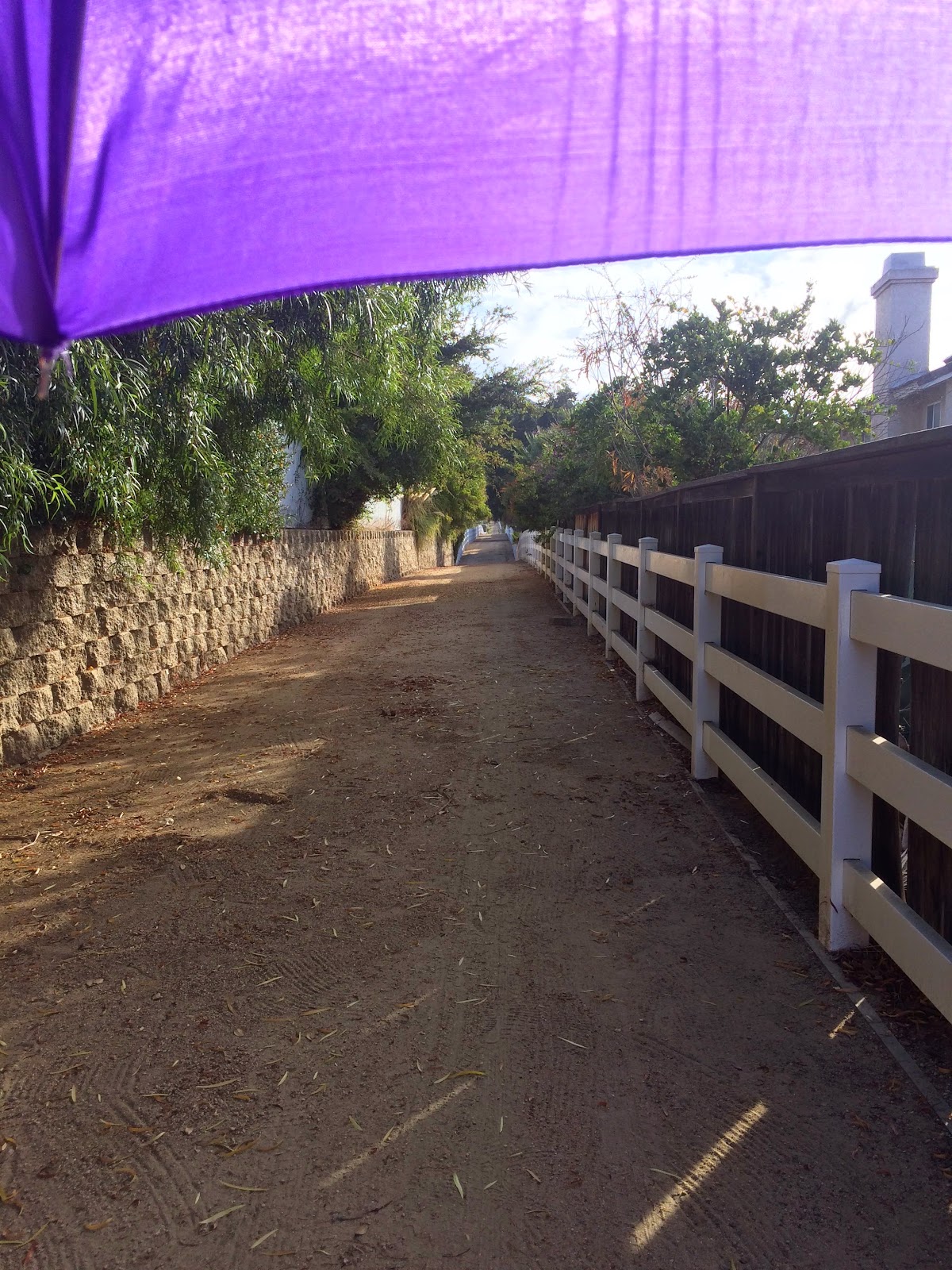 It happened the first time as I was daydreaming along the way, minding my own business and humming a Beatles tune. At that precise moment a dog jumped up and barked frantically right in my ear. I jumped and shrieked in such obvious panic that it must have looked incredibly ridiculous. 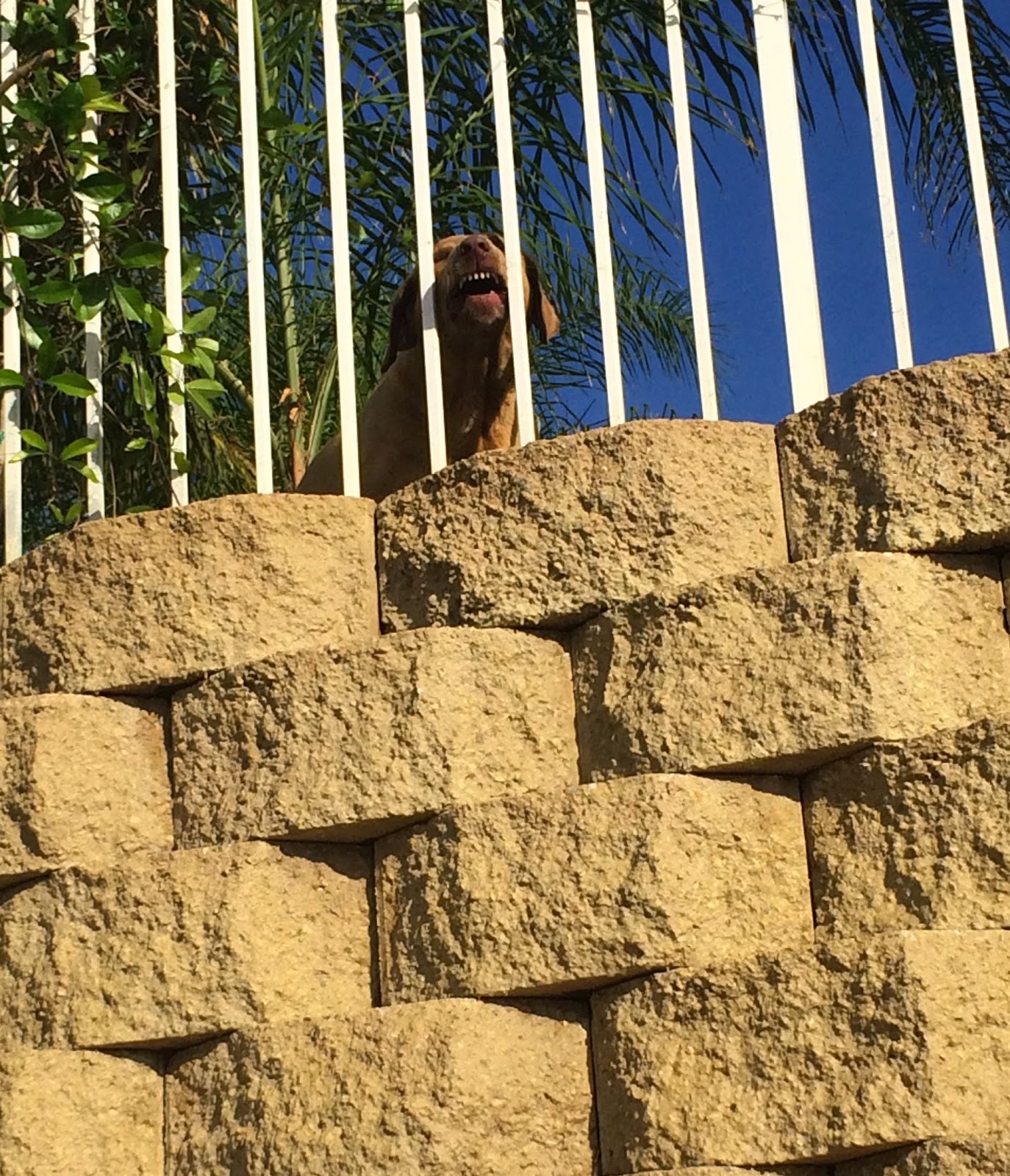 Staggering to a stop, I hoped there were no witnesses. I quickly moved to the other side of the path. But I shouldn't have, because just a few steps along, a dog of massive proportions came out of nowhere and barked hideously into my OTHER EAR. Once again, the staggering. The panic. The shriek. He also was thankfully penned in, but certainly had great timing, and just a bit of dog drool. I really began to think that the whole thing was rigged. Planned. That the dogs along that pathway must have told each other I was approaching.

"Hey! There's another lady coming. Remember how we scared that other hapless idiot who came by yesterday? Let's do it again!" 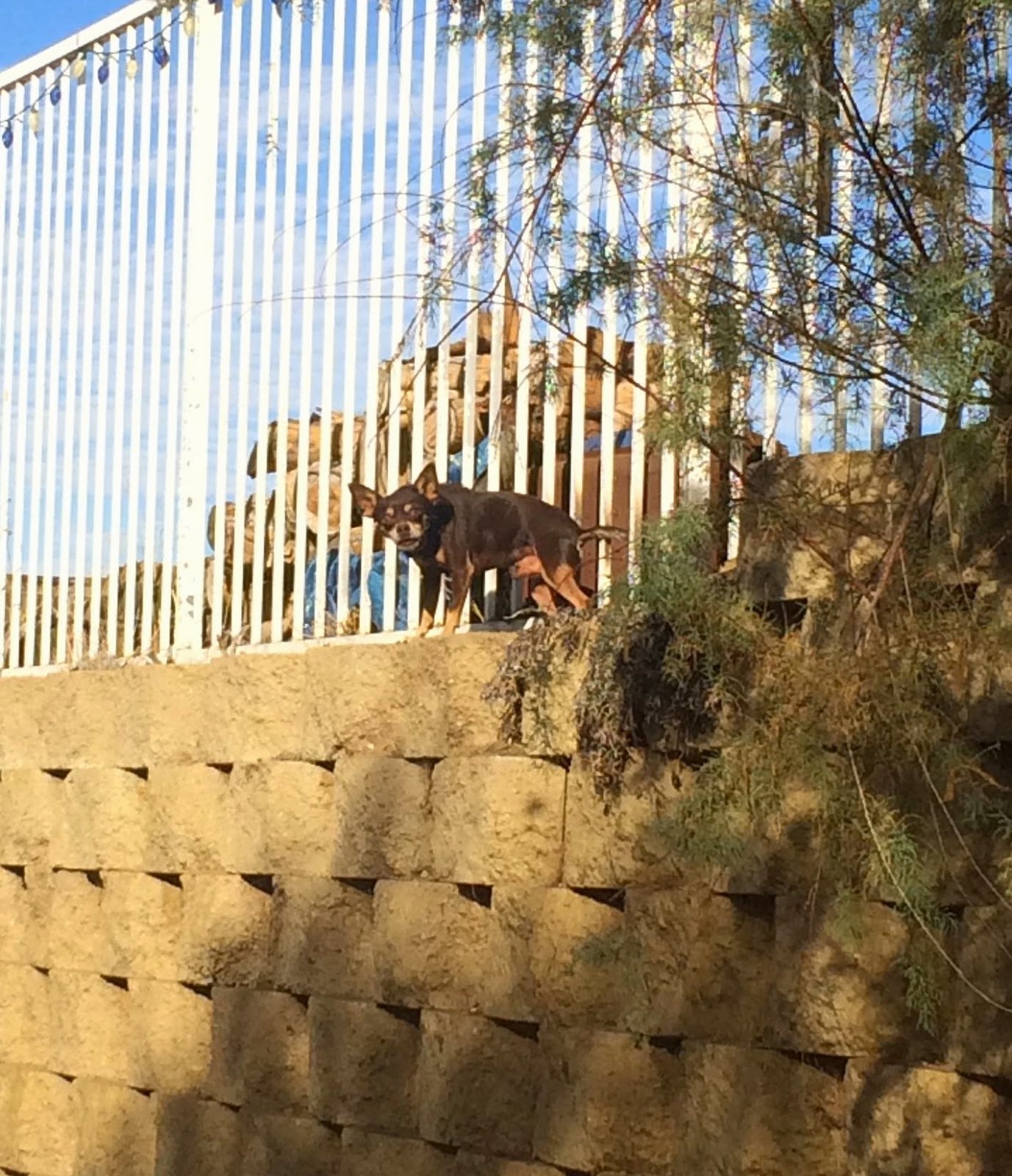 I feel sorry for people who are told by the media that they should 'eat less, and move more'. But then when they go out try and do it, they get scared to death for their pains.

That particular pathway is so pretty that I don't want to stop walking on it. But frankly, I don't think I can stand it. They will almost certainly be lurking back there, plotting their next move - at my expense.

The worst part is that after the second hideous bark and the second staggering shriek, I could hear someone laughing from behind that fence. 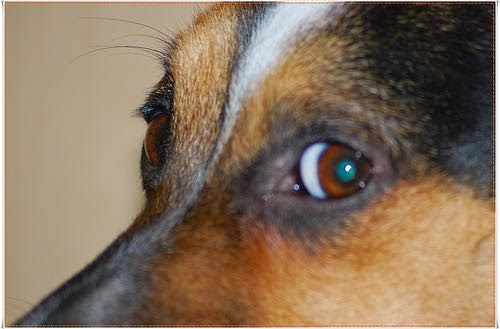 Posted by SconeLady at 7:36 PM