Alone, At The Bottom of the World (part one)

I'm sure there are pictures somewhere in a box. Perhaps in an attic. One day in the future I shall find, scan, and share them with my children. One's very first passage to another land must be well remembered, and kept.

At 21, I did not have to look very far back to find a shambles of opportunities I had been given. My mother, I knew, still believed in me (even if her knuckles did often turn white on the steering wheel). One University had politely requested I not return. Another had not gone quite so far, but neither had much success been found there.

It was time to look elsewhere, and so I found myself on a long flight to New Zealand. It was to another school that I was headed, and this third time - I hoped - would be the Charm. 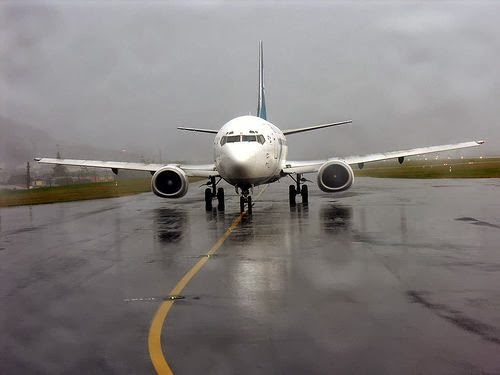 The flight was remarkable in its excruciating length. There was a stop in Tahiti, where the passengers were allowed to stumble off the plane and stretch a bit. Somewhere between there and Auckland a baby became ill upon my lap, and I arrived in New Zealand in disarray, utterly disoriented by a new time zone.

As we came shuffling toward the terminal, on both sides of our pathway were Maori dancers welcoming us. After a long and bewildering flight, with no sleep and holding someone's baby and having been sick upon, this somehow felt like a last straw. The dancers were making such loud noises, jumping and extending their tongues, that the small children began to scream.

I remember as though it were yesterday, as we made our way through this montage, the voice of a tiny child crying, 'Mommy, that man put his TONGUE out at me!'

Thus my year as an American in New Zealand began. Would I find living here an adventure? Would friendships be made, and kept? And (wavering thought) would I succeed this time?

I was not to know. Yet. At the moment, I felt like crying myself. That man did have such a very long tongue. 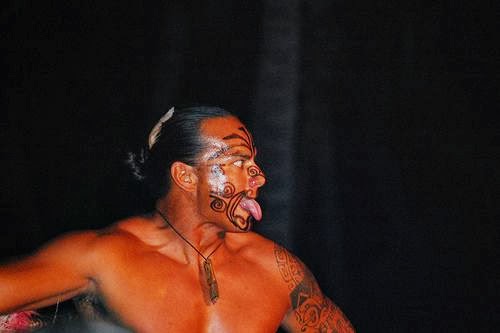