Don't get me wrong, I'm no expert on Brexit. Everything I say about the subject is pure conjecture. But it sure is fun being in the land that voted it in.

Just before arriving at Heathrow last week, I overheard a conversation about that very thing. Three people - two British, one American - wondered out loud how the country was going to absorb such a significant change. 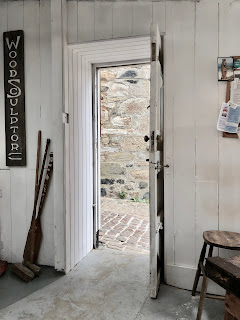 "I think it will bankrupt us," said the British man.

"I think the Europeans will make it hard on you Brits, out of spite," piped the American. "Haven't you been their enemies in times past?"

Somebody rolled their eyes, and then a small, quiet Englishwoman gave her opinion. "Well, I personally think it might be the saving of us. And why not? We got along without Europe before, we'll get along without them now."

It was just uncanny the way those words came out of her mouth, just like like that old song, back in the day:


You told everybody that we were friends
But this is where our friendship ends... 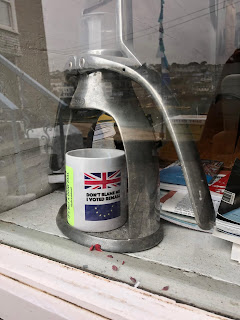 Seems to fit, yes? Well, we landed and I lost track of the three travelers in the bustle and dash of all international airports. I tried to broach the subject with British citizens over the next few days, but the conversations became skillfully switched in another direction. No one seemed eager to talk about Brexit. It was strange.
I even tried the little coffee shop where the owner, I had learned, loves the topic of Brexit. But even there, not much was said. Last year he'd had coffee mugs with the message "Don't Blame Me, I Voted Remain" sitting in the window, and customers were saying things like, "How many Brexiters does it take to change a lightbulb, haha!" or, "If only Ed Milliband knew how to eat a bacon sandwich properly!" (Does anyone out there understand that one? I didn't).
It reminds me of the panic that happened in the wind-up to the year 2000, when everyone (except Mac users) was afraid their computers would all crash at midnight and the world would come to a hideous end. It didn't. Maybe leaving the EU won't be the end, either. Maybe people can take it as a beginning, realizing that the important things are still important. But remember, everything I say on the subject is pure conjecture.
Meanwhile, can anyone tell me how many Brexiters it takes to eat a bacon sandwich properly? 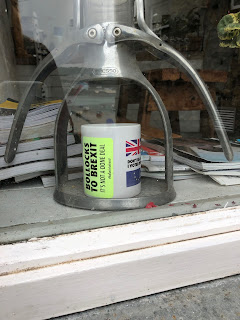