London, Day 6 - Bobbies, but Not On Bicycles

(The following is based upon information imparted to the SconeLady from a variety of sources. She does not claim to recall them all perfectly...but she tried) 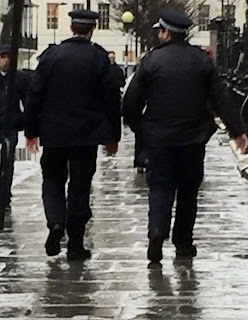 As the SconeLady walked down London streets on (almost) the last day of her visit, a song kept floating through her head:

'England swings like the pendulum do,
Bobbies on bicycles two by two!
Westminster Abbey, the Tower of Big Ben,
The rosy red cheeks of the little children.'
-Roger Miller, 1965

And it was all true! There was very definitely a Presence on the London streets, good men and women dressed in their black uniforms and caps, ready to help, and ever vigilant against any who would harm. There stood Westminster Abbey, which I forthwith toured and adored. There was Big Ben in all its lovely glory, standing watch over the Houses of Parliament. And there were a plethora of little children with lots of rosy cheeks, all lining up with their teachers waiting for trains and buses, off to sight-see for the sake of education. They were quite literally everywhere.

I tried to get photographs of it all, to remember in the months to come. 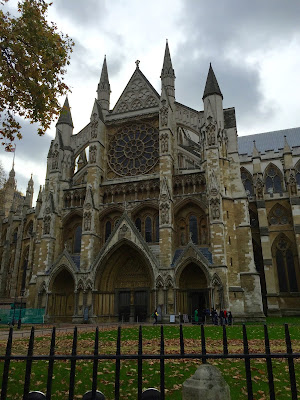 Westminster Abbey was where Princess Diana's funeral was held, and where Prince William and Kate Middleton were married. We all remembered those images from the BBC coverage, and it was sweet to get to see such things up close. Oh, how my fingers itched to take a photograph. But we were informed that there is to be no photography inside the Abbey, at all. Each of the other cathedrals along my way had allowed it, but - sad. Partway through the tour I was fiddling with my phone... and heard the tour guide's cultured but deliberate voice, "Excuse me madam, but I must ask you not to use your cell phone in this place. Please put it away." Heads turned. (Oh dear). But I can promise you that there was, certainly, no further 'fiddling'.

The tower of Big Ben 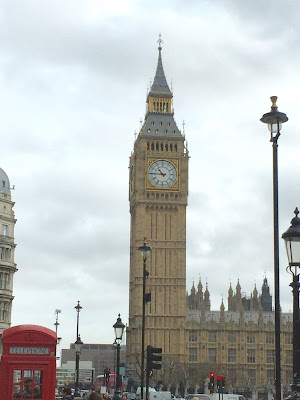 The Abbey is where all of the coronations of the Kings and Queens take place, and we were shown images of the Queen's coronation back in 1953. We were told that 10,000 people attended the coronation and that it had taken 16 months to prepare for it (the Abbey was closed for 6 of those months). They had to build additional seating everywhere, 20meters high in some places.

"There were lavatories placed everywhere and it really did become very disruptive, with people getting up and going out and in, people eating their picnics as they watched the coronation, as they ate and drank and then left their rubbish behind, like at any common soccer game.." Apparently, it was shocking. But the Queen was well and truly crowned, and that is what counts.

Queen Elizabeth the First was buried at the Abbey, and it was very solemn to walk past her august tomb. We all felt privileged to see her marble visage there, and to discover that her sister Mary was buried in there with her! They did not get along at all, in life, and King James (who succeeded Elizabeth) had them buried together In the same tomb in a show of kingly humor (Queen Elizabeth I on top, of course). 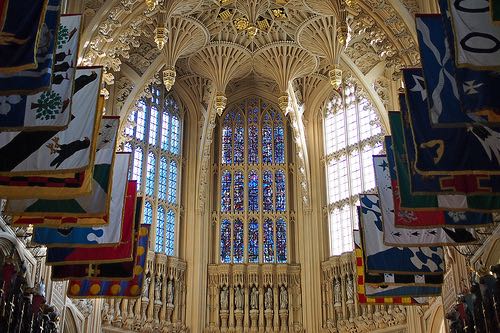 Inside the Abbey you will find a very nice memorial dedicated to Franklin D. Roosevelt, inspired by Winston Churchill. And US General Pershing brought along a Congressional Medal of Honor for the Unknown Soldier/s of WWI. It is still hanging on the pillar next to the Unknown's tomb, a tomb which no one is ever allowed to walk upon. Almost all of the other tombs are walked upon daily, but not this one. It lays protected by a short wall-like feature which is currently decorated with poppies.

The rosy red cheeks of the little children 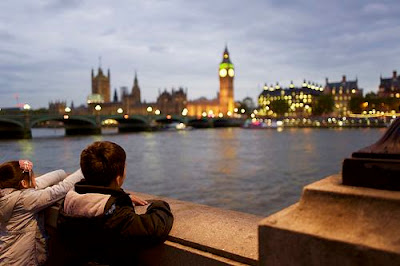 Just as the tour ended, it was announced that the Holy Communion service was just beginning. So I joined the others already gathered and stood with people I had never met before, all receiving and praying together.

My dear Readers, what a splendid day that was! What a rare privilege, start to finish. The 'Old Country'. Can't think of much I don't like about it.

Posted by SconeLady at 2:24 PM