Cornwall Day 32 - But What Will Charles Do


It was hilarious. I was sitting in a vehicle with 4 Cornishmen on their way to rehearsal, and trying to understand what they were saying while laughing hysterically. Those Cornish are a stitch. They should all just quit their jobs and do stand-up.

It went on like this for 10 fascinating miles. Once I began to understand them, I quite enjoyed the subject matter. We discussed..

But there wasn't time to peruse this fascinating subject, because just then, we arrived. The five of us got out and walked along the harbor road in the dark, and 'up the lane' .


Everyone crowded inside the rather small room to rehearse, where I sat nearby, and was awestruck. 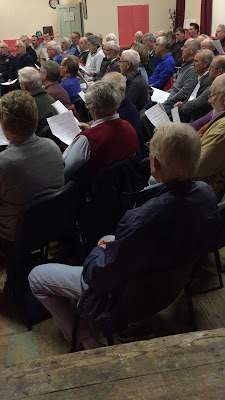 Upwards of 65 men singing the four-part harmony that is their heritage while crammed into a humble room not worthy of them, practically raising up the roof. It was splendid!

Rehearsal over, we trooped down one of the escape routes, filed back down the hill and around along the harbor. Once we had climbed into the car, I whispered to the man next to me, "You were mentioning Prince Charles..?"

He stiffened just slightly, and then whispered back, "Well, all countries have their quirks. Charles is one of ours."

"But what do you think he will do with the Church of England??" I sort of wailed.

The other men stopped talking and listened. "Well, I won't get into that right now," he said. "But I can tell you this. The Queen isn't dead yet." 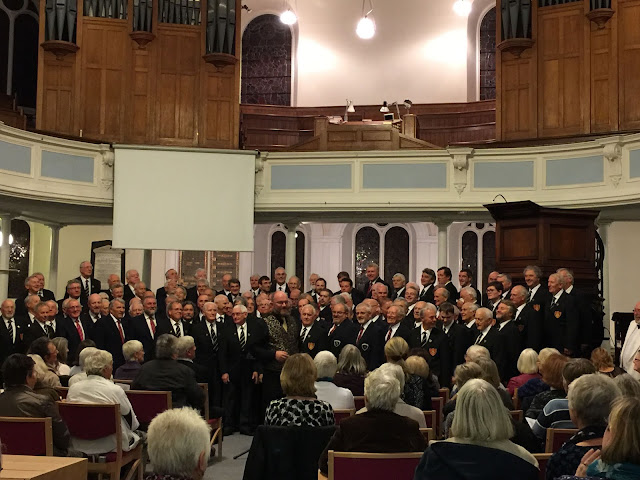 Posted by SconeLady at 1:07 PM