Cornwall Day 31 - Some Things Can't Quite Be Replaced


It is a conundrum. Our darling chocolate twists have gone, at least from the Norway Store. There is a small group of enthusiasts who hover around its green front door each morning, in anticipation. Last week I arrived there on the dot of 7:30, breathless in my desire to score the first one out of the oven. And - the Norway man said, "We are very sorry to say, we don't have any.." 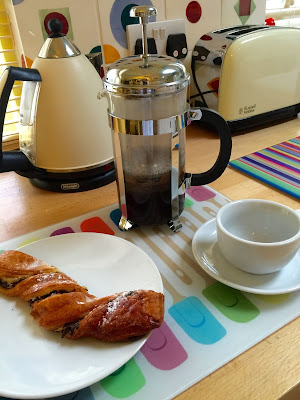 Don't have any? What could he possibly mean? The little clutch of hopefuls stared at one another. One whispered, "But they always have them..

"Ah...what exactly did you mean, don't have any?" I ventured uneasily.

"Well, I mean we - don't actually have any. Chocolate twists. Anymore. The supplier has ceased supplying." I gulped. The man standing behind me, also gulped. "May I interest you in an almond twist?" said the Norway man hopefully.

But no, the man behind me, and I, did not want an almond twist. We wanted a chocolate twist. So we turned around in a baffled sort of way, and left. "Well, that's going to disappoint my lot back at the cottage.." and off he trotted, as sad as the SconeLady herself.

But I wasn't about to be utterly disappointed. I was going to go a'searching. This is because once you try this delightful thing, it it impossible to try anything else. Cereal. Toast. Croissants, all of these have dissolved into insignificance.

While I have not found one of quite the same caliber as the Norway Store, I have, indeed, found one. It is down on Fore Street quite near the Parish Church and Madeline's Cafe. It is almost as good as Norway's, but is missing something I can't quite identify. Still, it suits. Just.

But since that store doesn't open until 8:00, I get to walk and look and become mesmerized by dearest Cornwall: 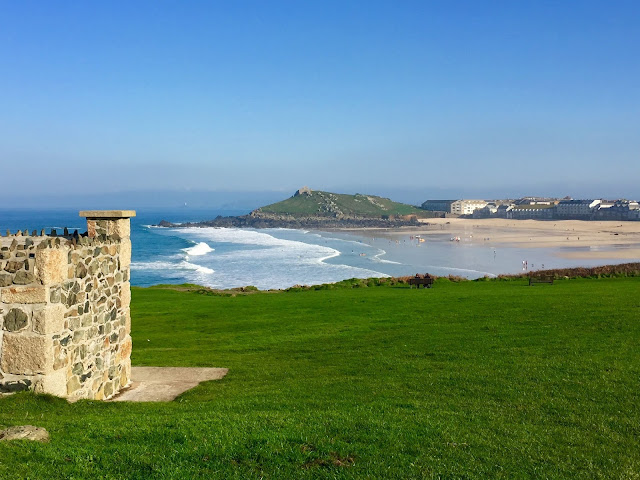 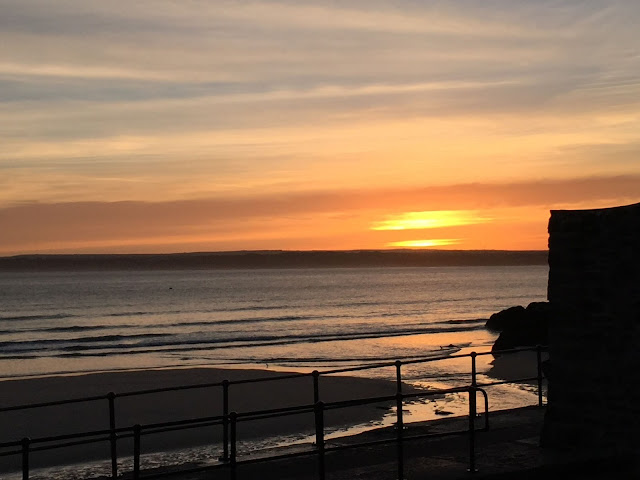 We may already be into November, but just look at our surroundings: 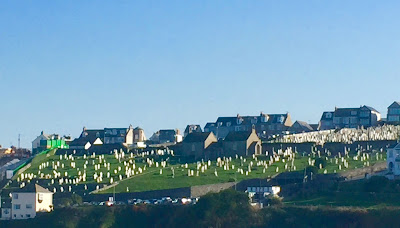 Today the coat was left behind in the cottage, and St Ives was literally filled up with happy yipping dogs and their masters. 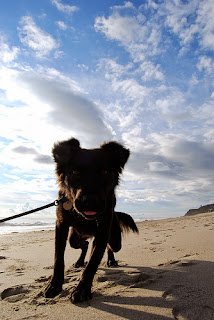 And the SconeLady finally used her umbrella as a shade from the extreme brightness of the sun. Splendid! 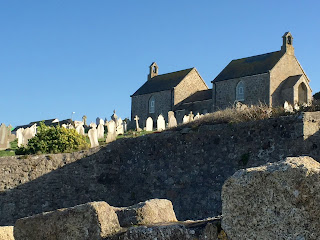 I just wish I could find that other Norway customer whose 'lot' was going to be disappointed. I could tell him all about the other store!

But maybe he found it on his own. St Ives seems to attract the sorts of people who pound the pavement just about as much as the SconeLady.