Sweetness, and light. Putting to bed three very nice children is like that. They know the drill so well now that the thing just seems to happen on its own. Step by step, inch by inch they go about doing the things they know their mother expects them to do. The littlest still needed a bit of help, but that is the sweetest part because he is just so darn nice about it.


"I want to wear these jammies," he said, indicating a rather warm set of comfy p.j.'s.

"Won't you be too hot in them?" Grandma asked.

"I want to be hot." And who was I to argue with a three-year-old? His mother could worry about it when she got home, if there was any worry to be had. 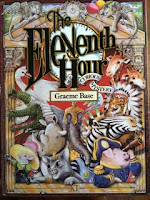 Teeth were brushed, hair bands removed, and their own choices of p.j.'s were put on. Next was 'story'. Grandpa sat ready as they picked out a good juicy one - The Eleventh Hour. Small eyes were glued to the pages as he read them one by one and the mystery built. They must have read it numerous times, but their interest remained keen and they made comments indicating where they thought it might be going. Occasionally the smallest wandered toward his own bed to sleepily peruse a book that had a frog in it. And then Grandpa finished the mystery book, and it was time.
"But now we pray," the granddaughter piped. And we prayed.

And, finally, they did. Kisses were given, and hugs. Goodnights rang out; the door closed; and then, silence.

We looked at each other. Waited. One never knows how long it may take for a "Grandma? Grandpa?" to issue forth. But - nothing so far.

Having brought two cars, Grandpa graciously said, "You can go on home, I'll stay until the folks get back." So, I went. It later came to my notice that there was some 'activity' shortly after. I believe one, maybe two popped out of bed. And one, maybe two came out into the living room. I believe the doggie eagerly awaited their presence and capitalized on it. 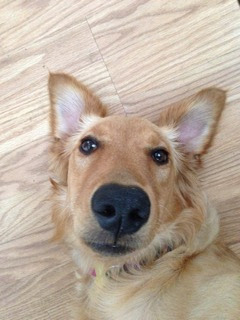 But I was safe within my Volvo, driving along blissfully unaware of any shenanigans that may or may not be happening. All I could think of was how the night before I had sat in a theater, eyes glued to horrific maulings and killings by expensive dinosaurs designed only to maul and kill. And then this night? This night was jokes, and laughter, and p.j.'s, and hungry tummies. And absolutely none of it cost a penny.

Sweetness and light never does.

Posted by SconeLady at 5:24 PM