(The following is related to the post entitled 'Scones? Or Baking Powder Biscuits?', April 1, 2014)

Frommer's 'Europe On Twenty Dollars A Day' (1983) was our most prized possession, and irreplaceable. Although no day ever actually added up to $20, we were usually too busy counting and comparing currencies to notice. 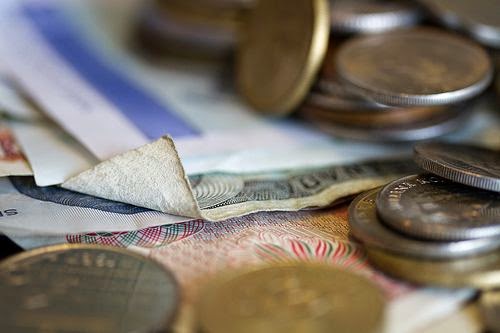 It's just that there was so much currency! As we entered a country, the first step was to find a bank and get some (either pounds, or francs, or schillings, or lira or marks). But we noticed that the banks were not always open at the typically American times of bank openings. Maybe there were French holidays, or Belgium holidays, or Italian. But no one could ever tell us because we could never understand their language.

All of this was very confusing.

At each additional border, our pockets and purses were a jumble of coins and bills that could no longer be determined. So Frommer's book might have been right after all. We simply did not know.

The language barriers were also formidable. Mother and I continually struggled to understand where we were, or which Metro stop was right, or what restaurant might have edible foods (as opposed to piles of meat in kitchens with possible fly swarms). 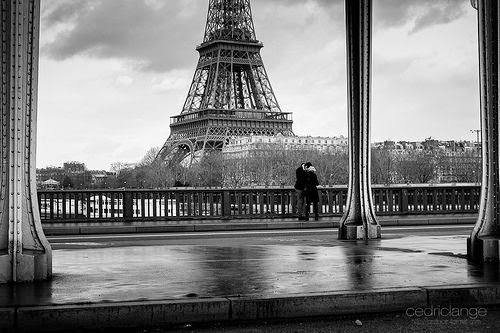 I had brought along a European book of translations which picked out typical sentences of hapless Americans in need. Such as "Please, where are the bathrooms?" or "I'm having contractions, can you please call the paramedics?" or "Does this restaurant have any fly swarms?" (oops. not really)

The translation book wasn't very helpful, though. Whenever we tried to use it, our listeners got tired of waiting as we flipped frantically through its pages. So as we boarded the Metro we developed the habit of quickly shouting out, "Is this the train to the Louvre??" and someone would see the baby and take pity enough to respond.

At the end of one particularly long day, we boarded the train to Marseilles. We reached the city in the middle of the night, with no hotel to go to (I cannot now remember why, and it doesn't bear thinking about). I hurried over to the bank of telephones at the station, and struggled to find a room. Finally found a room. Went to wait for a cab. Suddenly sensed that something was missing. Suddenly remembered it was - Frommer's book!!!


Oh no! Could Europe be survived without Frommer's book? I dashed back to the phone bank and searched in the darkness to no avail. "Mom! I lost the book.."

This was shocking news. In it were all the hotel phone numbers. Train, bus and boat information. Suggestions for how to survive travel dilemmas. But my mother faced this new predicament, as she always had, with courtesy. She never scolded or sighed or acted put out. No, she just said, "Oh. Well, we'll be alright." And meant it.

There we stood in the darkness, two women with a sleeping baby and a pile of belongings.

I inched my way closer to where she stood. Shoulder to shoulder, we waited. It was mighty quiet out there.

Posted by SconeLady at 9:48 PM