St Ives With Your Sister (part 1)

A Scone Never Tasted So Good

We were staying at the Castle and never ever wanted to leave it. Can you see why? I was more familiar with travel to/in/around London, and was a bit nervous for my poor sister. She would arrive at Heathrow, take the Express to Paddington Station, and find our hotel. All in the midst of uncertainty and sleep deprivation. There were numbers of things that could go wrong (and some did), but in the end there was nothing for it but to just trust.

When I arrived at our hotel, I obtained the room key and asked with some trepidation, whether she was already there? "Oh yes, Madam, your sister is in the room now. Arrived about an hour ago." An hour? It should have been several hours ago. I dashed down the hall, around the corner, into the room and - there the poor thing was, sprawled out asleep (at least, she had been until I burst through the door). Hurray! "But why did it take hours to get here?" "Oh. I couldn't find the hotel and walked forever but finally a nice man gave me a ride in his cart!" ...His cart. Hmmm.

But we cheered and hugged and chattered rather groggily until one of us came to our senses. "We need food," we said. We forced ourselves into some form of presentability, and staggered out onto the streets of London. How beautiful it all was, blue sky and friendliness everywhere. We boarded a bus traveling northward up to Oxford Street and Selfridges Department Store. Someone had said there would be a mighty fine scone at Selfridges, and we were determined to find it.

My sister and I were very impressed by the tea and scones we were served at Selfridges. Just take yourself to 400 Oxford Street, and you will LOVE.IT.

Tomorrow you will see more, about the Castle (Tregenna), St Ives, the scones we would have, and the very naughty bird we came across. Here is a tiny glimpse of St Ives for you: 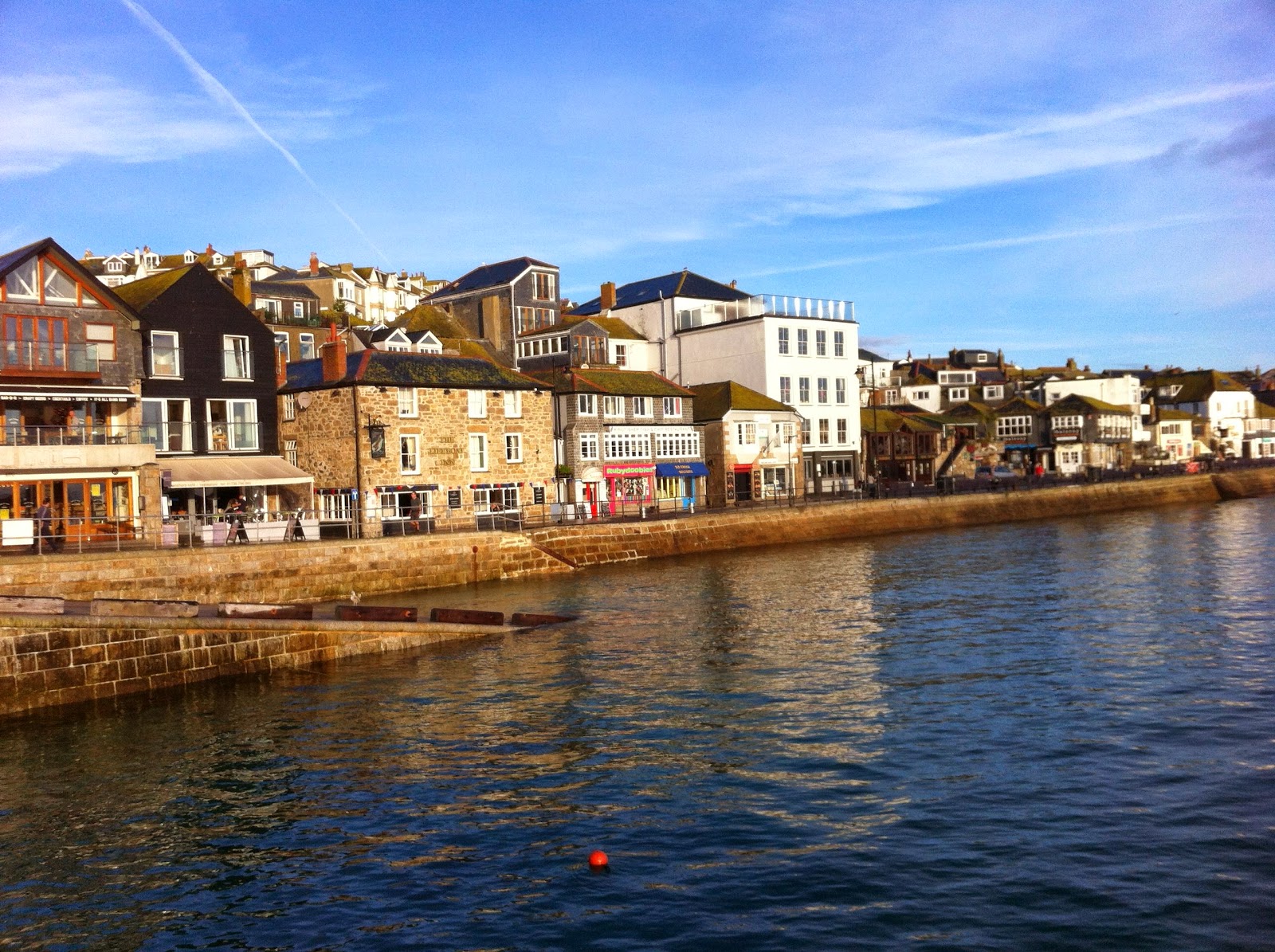 (In the meantime, I did try to convince my sister: Please. No more riding with men in carts.)