Lennon and Maisy - on "Nashville"

In my list of favorite British series I cannot believe I forgot Wives and Daughters and Foyle's War! Honestly. But I did promise to remember them and I have.

However, today I am not thinking of British series but of the afore-mentioned American series, "Nashville". Because of the Stella Sisters.

This was again a traveling day. We are heading back to our sweet woodland home in the (probable) snow. After spending a warm week with family both small and grown, we felt sad to leave so soon. So to comfort myself as we rocketed up the freeway, I listened to Lennon and Maisy, the Stella Sisters from Nashville.

These two very nice and grounded young girls sing absolutely like two angels. I love their harmonies! Listening, one finds oneself drawn in, and sweetly touched. I can't overemphasize how sensational these two are (check out two of their songs at communityvoices.post-gazette.com). 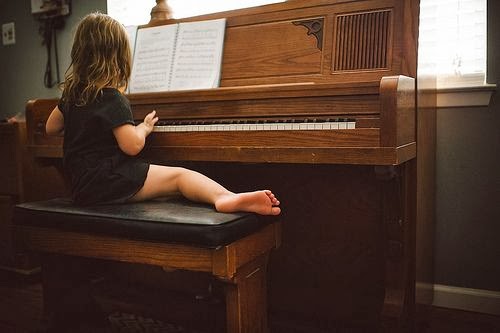 Their harmonies reminded me of growing up in a musical family. Ours was headed by a father who simply could not bear for anything to be out of tune. We were sensitive to this. Very sensitive. Because when we practiced our music, out from his sitting area (sometimes we didn't even know he was there) would come this booming voice, "It's supposed to be a B flat!!!!"

This made us sensitive little musicians. Musicians who worked hard to play that B flat correctly and maybe get through a practice session unscathed.

The Stella Sisters also reminded me of the way my sister and I developed our own vocal harmonies. Simply because we loathed doing the dinner dishes. That's right. We were so crabby at having to do them that we fought and argued and got ourselves into hot water. So my sister suggested it might help if we tried to sing instead of fight. A brilliant stroke!

This singing-rather-than-fighting over the years developed duet harmonies in us that sound almost like one voice with two notes. Pure joy.

I wonder if the Stella sisters have to do the dinner dishes. I really do. Because if they do, then we feel their pain. And appreciate their harmonies even more.

If they don't, there will be something or someone else who has urged them on and made that difference.

In the meantime, I still get shaky when it comes to practicing, or doing the dinner dishes. I almost feel that presence of someone in a sitting area, just around the corner, listening.. 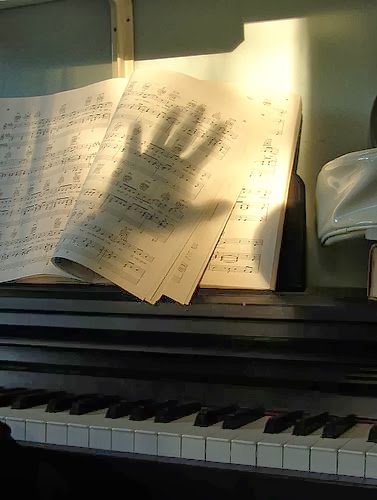