Valley of the Shadow


It was in a remote area of Minnesota that I suddenly became the only passenger. We were approaching another bus station in the darkness when the driver took a right turn instead, and began to speak personally to me - more personally than was appropriate. I was in the front row and heard him all too clearly.  He said he was turning down that country lane in order to - well, the Evil Creep's description was ugly and terrifying. 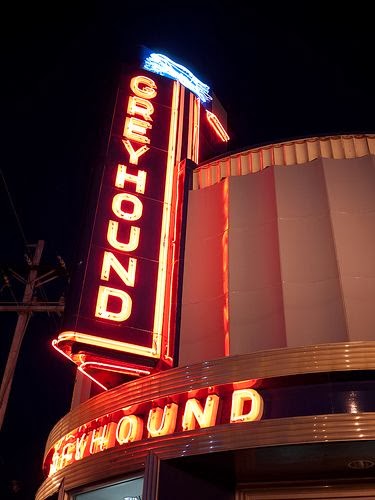 Recognizing my extreme vulnerability, I breathed a silent but fervent prayer. And then rather than faltering or crying, I suddenly found all my wits about me. I, in fact, became the 'terrible Miss Dove' of that old movie. A hard and immovable backbone appeared somewhere within, and I heard the voice of Miss Dove saying, "You are NOT going to do this thing you have described. You are going to turn this bus around instantly, and take me back to that bus station. NOW!" The Voice was mine, but not. Unrecognizably me. Unfathomably Someone else's. And I waited, barely breathing.

The driver turned to look at me, less sure of himself now. Heaven only knows what his thoughts were, but the bus began to slow, to stop (oh no...) and then to turn! Back we went in the right direction, turning onto the main road, pulling up at the station. I grabbed my bag and dashed past him, stumbling down the stairs and out, toward the lights of that most-beautiful-of-all bus stations in the world. That particular bus carried on into the night, away from me - driven by a man who had had one plan in his mind but had suddenly, bafflingly, changed it.

Possibly not so baffling...I considered it a Miracle.