Oxford, the City of Towers and Spires (day eight)

I have decided not to weigh myself when I get home. Sounds sensible, doesn't it. Best not to know.

While in Oxford, in between gazing at magnificence I stopped in at the hotel lounge favored by C.S.Lewis - the Eastgate (sometimes called the Mercure). With all this walking it was high time I tried another scone. I had done a fair bit of walking just to find a scone place - it can't be just any scone place, it should really have a table cloth, real cups and a tea pot (both preferably white). You might be surprised at the places you'll see that want to serve you tea in a paper cup. Tea in paper? This borders on I-don't-know-what. Heresy?

So here is a pic of the scones I had. They were small, and could be consumed in two bites each. They were warm (a must). And the waitress was super nice, helpful, and hovering, should I want something like more hot water (which I did). However, the scones themselves were not super tasty. All of the elements were not there. Good scones should have some substance to them. They should be of a size you can respect. And they should taste so good that you don't mind the calories (I am NOT weighing myself). And so these particular scones were less than a 10. They might be a 4. But high marks to the atmosphere and the service.

So here's to my next search for the best scone in the land of Dickens. 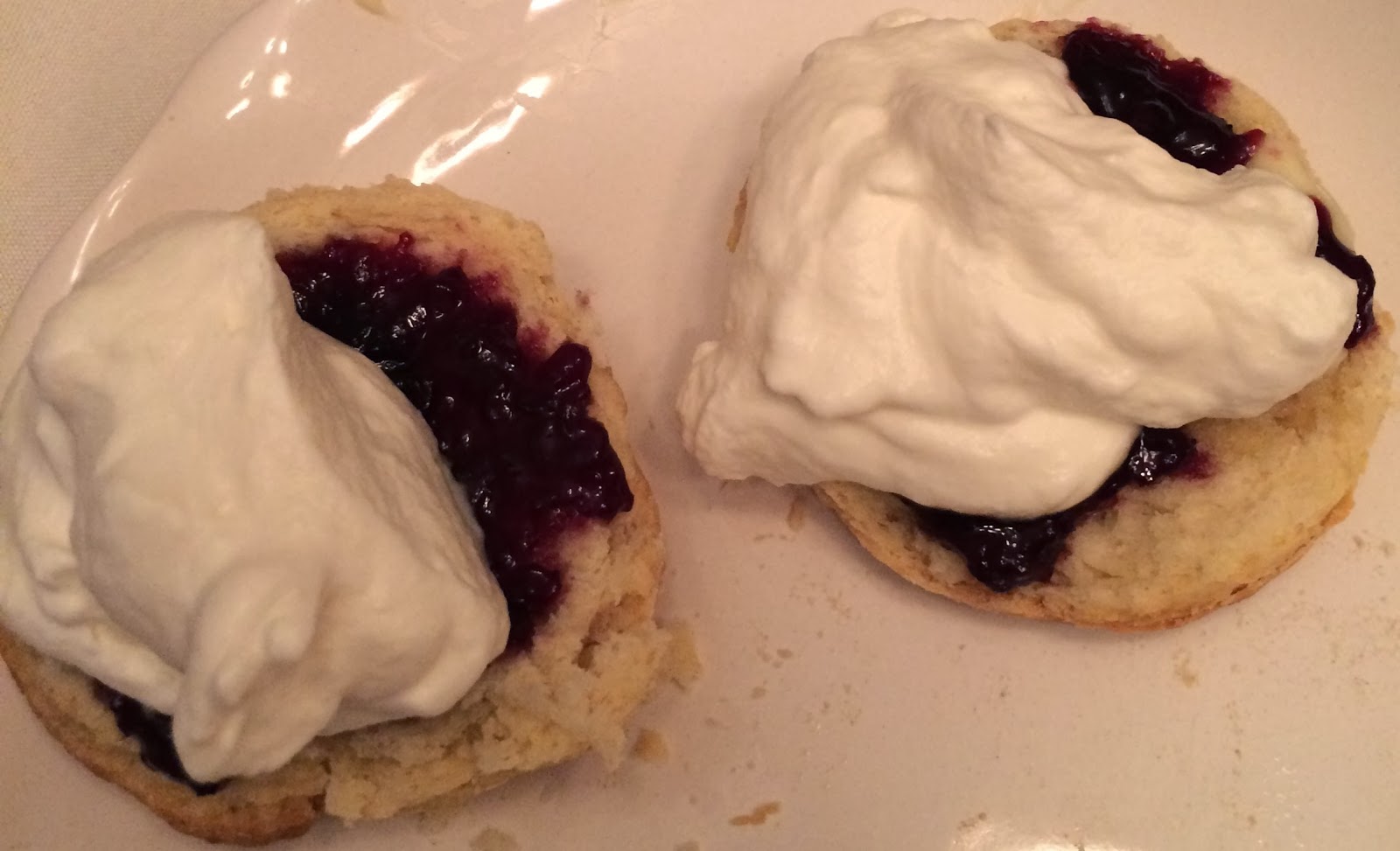