We had done so much walking and tramping the day before that it hardly seemed possible we would do it again. Besides, it was raining. Maybe we would just rest and be civilized.

But then somebody started talking about the little walk we had all so much enjoyed on the occasions we had taken it. It is the little walk that begins with a train and ends at The Sloop. At least for Ted, that is where it usually ends. 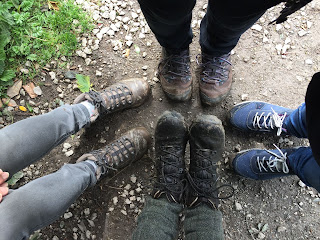 We began aboard the First Great Western Railway train, which only ever goes from St Ives to St Erth and back again, day after day and year after year. We got off at Lelant Saltings, and started our 3.5 mile walk back to the town. The walk always begins well, for there are no dusty or muddy bits to it at the first. You can almost imagine it will be a piece of cake. The walkway takes you down tree-shrouded lanes and past lovely bits of flora and fauna, until it seems almost a paradise. From time to time Ted got out ahead of us a bit, due to our propensity for chatter - or what he fondly calls 'gassing'. This 'gassing' happened quite a lot, but he was never actually grumpy about it. This could be due to the presence of his pipe, which he would pull out whenever he saw a bench upon which to wait for us. It was very convenient, and we could almost always guess where we would find him, patiently waiting.

After a while, our conversations became less and less vigorous because it had rained yesterday, and there was mud almost everywhere. The pathway was no longer kind and sweet, but clutched slimily at our shoes and tried to suck us under. We did not like this and fought mightily against it. When the going became really rough, friend Rosie's hand would reach back toward mine, drawing me onward - the sign of a true friend! And all the time, the glorious view of the sea and sky were out ahead, beckoning. 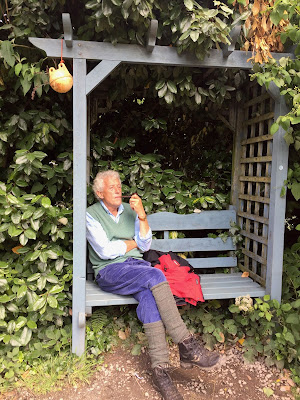 It was everything I had wanted to see in Cornwall - the calm waters, the bright skies, the peaceful boats and wheeling gulls - a haven, in fact. It's creaminess made every drop of mud worth trudging through. It was our reward.

We planned and talked about where we might eat when the hiking was completed, coming finally to decide upon The Digey. The Digey is an overwhelming favorite when one wishes for a scone.

"Are you having tea with your scone?" I asked Rosie.

I knew it was a silly question, for what else would she have with her scone? I felt my question needed an explanation.

"I just needed to talk about it, that's all."

She understood, and smiled. She was always smiling. It made me understand why Ted's Irish father, upon meeting Rosie for the first time, had said in his thick Irish accent, "She's a jolly kind of girl," with great respect.

It's true. And when you are around her you are jolly too. She goes tomorrow, and that, for me, is not a jolly kind of thought.

But we will plan again, and think of dates and times, the times when it will best suit our families, our lives, and our responsibilities for us to descend upon this sweet little mile of earth. The mile we love best.


The lovely tree-shrouded lanes of Lelant 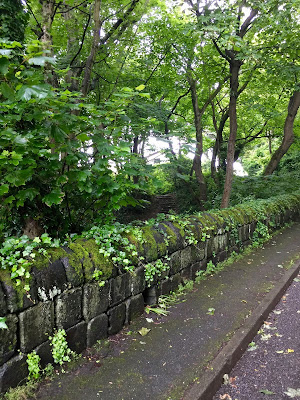 Posted by SconeLady at 3:28 PM