Please Don't Throw Me In The Briar Patch


I don't think I was meant to be there, but it was too late to turn around. Sometimes you just have to forge ahead. But it might be the first ever SconeLady trespass. 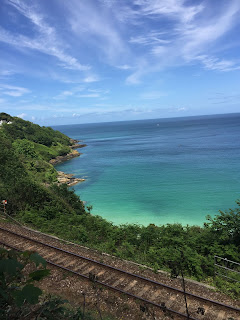 My departure from Cornwall looms, and I hadn't yet seen Jean. I really wanted to, and so I rang her up.

"Jean! I'm the American lady you met last fall, with my brother. Do you remember me?"

She laughed. "Oh, yes yes, I'm not likely to forget an American lady."

"Well, how would it be if I come up for a nice cup of tea today?"

I said I was sure she would look wonderful, and fixed our tea time for 1:00.

I was starting out in St Erth, walking the three miles to Carbis Bay. It should have been simple. A true piece of cake.

The first mile was that piece of cake - green fields, birds singing, friendly passers-by. But then I came upon an iron fence. The iron fence had not been there the last time I had walked this way, and in fact, this way did not look too familiar. Where was I? It is a conundrum I face on occasions when leaning too heavily upon an iPhone maps app. The maps app showed that this was the shortest and best route to Jean's, and so I did what any other American would probably do. I climbed over the iron fence (the fact that there was a sign attached to it is neither here nor there). 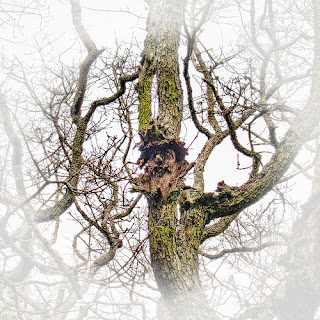 Well, I received my comeuppance and learned my lesson, believe me. Before very long I was caught in a thorn patch choked with stinging nettles and a fair amount of mud, along with tangled tree branches and stickers. It was meant to be a pathway! The pathway was (I'm sure) somewhere underneath all that mess, because the iphone maps app said it was. I could even hear a highway somewhere close by...just over...there. But it alluded me.

By the time I had clawed my way to Jean's, I must have looked like something out of Lord of the Rings, and wasn't sure Jean would recognize me.

I needn't have worried, though, because the moment I knocked, the door was flung open and there she stood, beaming out at me. 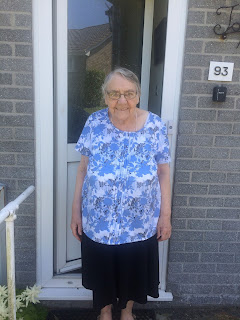 As she put the kettle on I thought of what I'd been through to get there - the thorns, the brambles, the stinging nettles. And I thought how every last one of them was worth it, just to see her.

But I could sure understand Bre'r Rabbit's animosity toward that old Briar Patch'. I'd never been in one before, and I can tell you plain and simple - it isn't pretty.