This is my sister's dilemma. I don't think she started out disliking them, because they were and are so cute. To her, and to many of us they have been uncommon creatures, rarely crossing our paths. Cute, yes - until they're not. 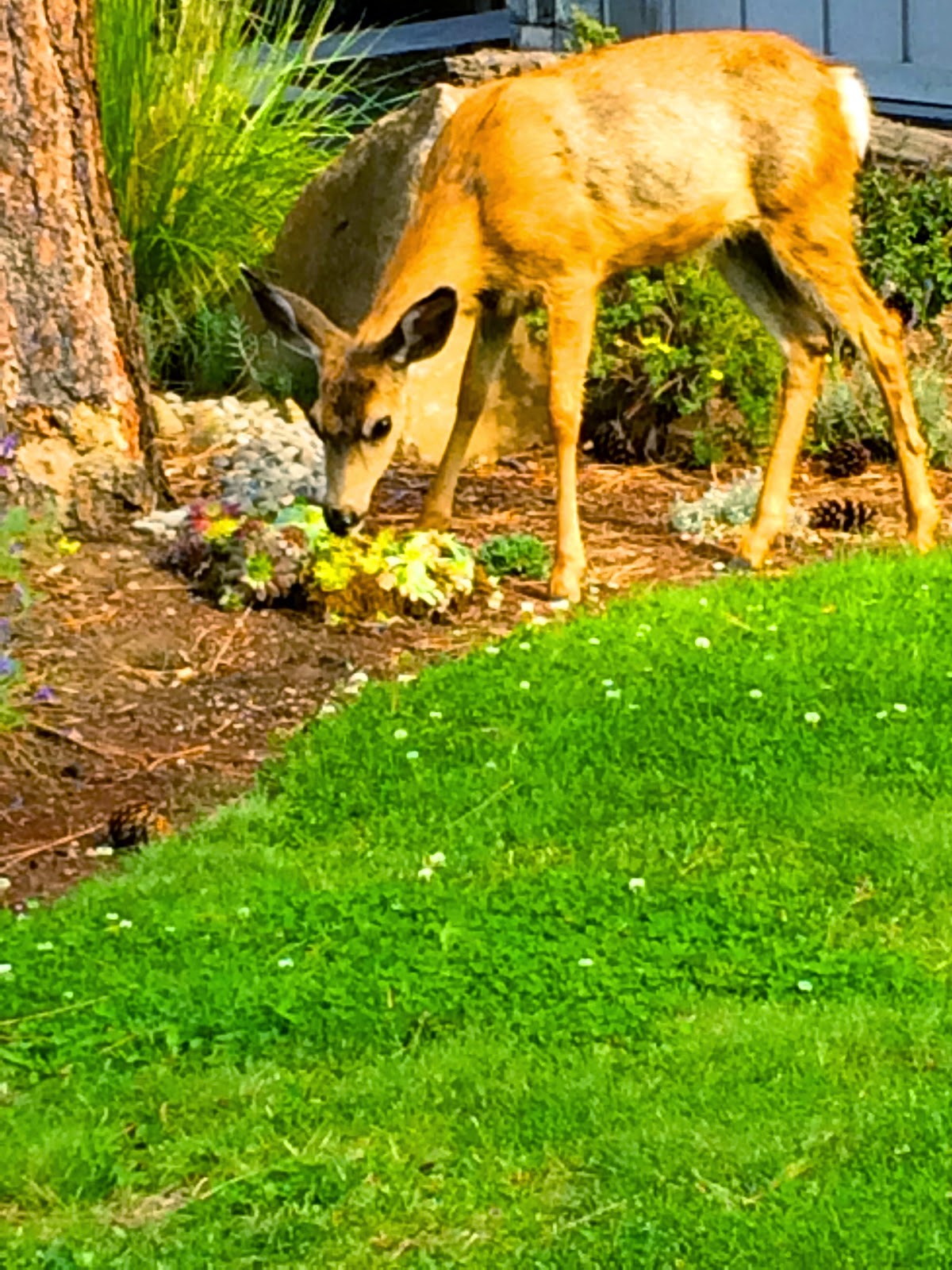 The 'not' part began when my sister and husband moved to this sweet woodland town and bought a house. The house itself was super cute, with two beds/two baths, a den, a Great Room, dazzling kitchen and double garage. Plenty of space for the humans, the cat, and the dog. Of course, the outdoor space was especially important to my sister. She is a keen gardener, and always has been. The most excruciatingly non-yardlike residence she ever had was  on Guam. There was no garden to tend; no flowers to water and to gaze at, and no yard for their boys to mow. It was grim.

But now she had the chance to do all those homey things. She could find and plant pretty flowers; she could stand and water them while enjoying the crisp morning air before it became hot. She could hang baskets! Oh, the privilege.

At last, her baskets were hung overlooking the front porch. A berm was developed and planted. Bark mulch was spread. A variety of flowers were chosen, and planted nicely. Things were shaping up, and she knew the satisfying feeling one has when one has accomplished a goal.

It was not long, however, before I heard the rumblings of discontent. One morning something had gone missing, from her garden. It had been eaten. Something else had been chewed. It was horrible to wake up to. From that moment, all doubt had been removed. NO DEER WERE THEN, OR EVER WOULD BE, CUTE. 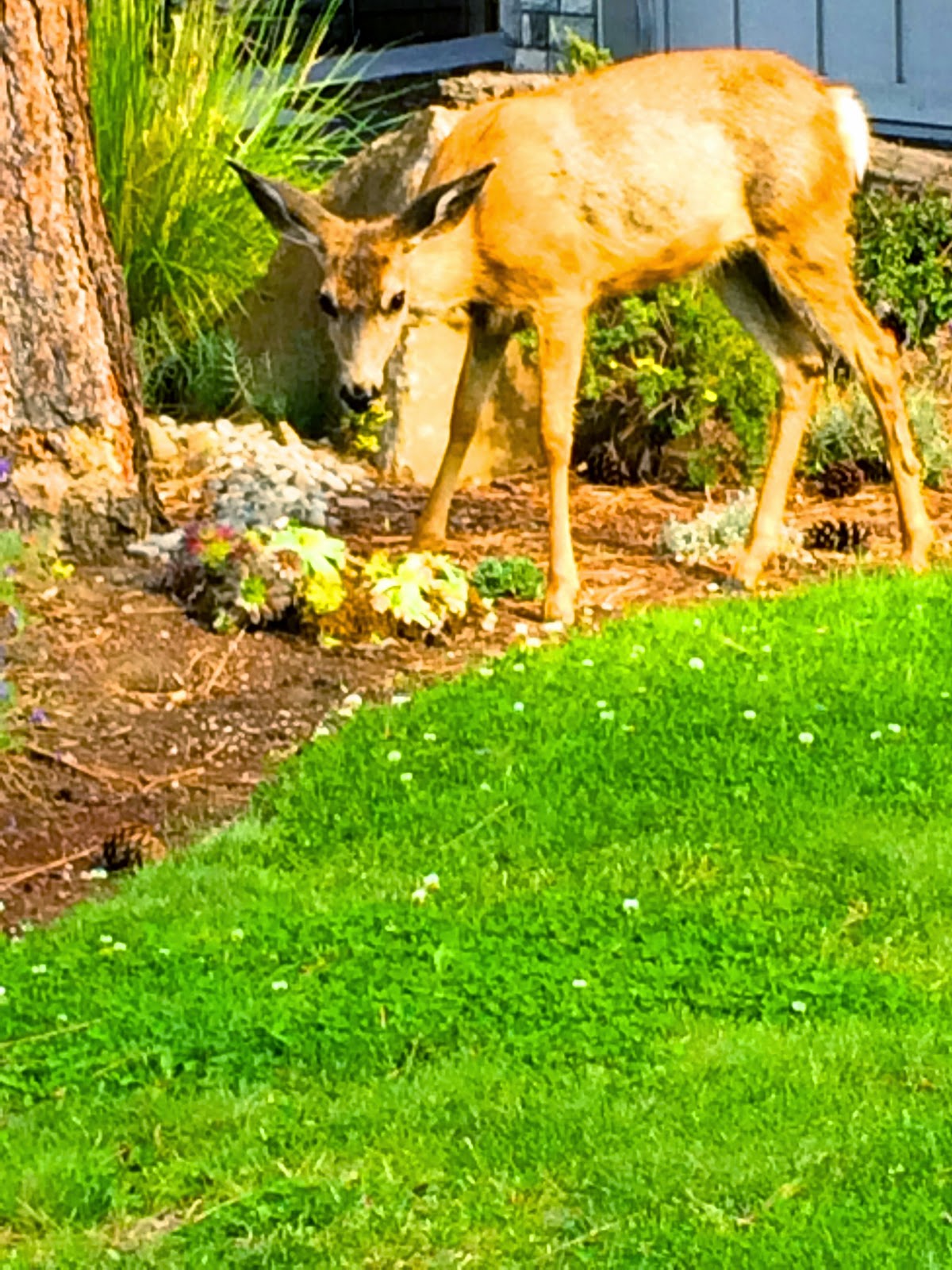 But the SconeLady has no plants for deer to chew or to eat. Her deer come softly up to the porch of an evening, and gaze at the humans. We have shared this with my sister. The SconeLady's husband has even intimated that perhaps feeding that deer has presented itself as a possibility.

It would take more than a deer to cause ruffles in this relationship, but just in case? I have recommended no further discussion of deer-feeding.

Because things could get ugly.