Catfish on a Hot Day

It is always rather a tangle of fishing lines, whenever small people are invited to go fishing. But why would we not invite them? Without them, there might be fish caught, and conversation held. But with them, both fish and conversation turn the enjoyable into outright entertainment. 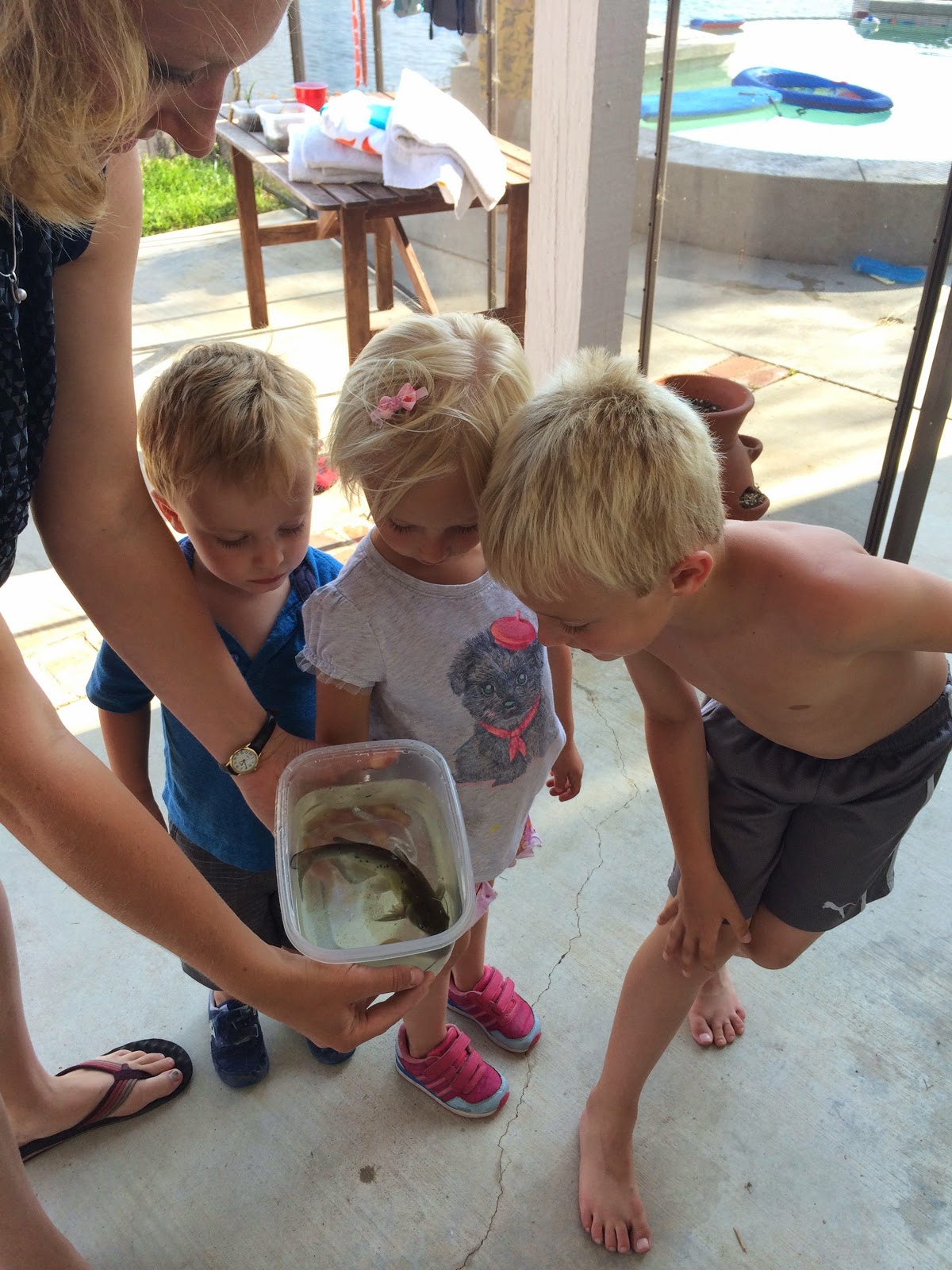 And this, it did. Fish kept on being caught. Numbers of them! Children were taught how to bait their own hooks (Grandpa's specialty). Their uncle stood on the dock with them, being hilarious and preposterous all at the same time. His friend (Tom, who loves fishing more than just about anything) could have stayed for days and never become tired of it. Grandpa kept all the fishing lines straight - no easy task - and monitored the expedition, thinking of safety and what Grandma calls Emergency Procedures. From the vantage point of the house, the dock below appeared to be one giant web of continual motion.
There is something satisfying about sharing 'enthusiasms' together, kids and grownups. It was hot. It was thirsty. But there were no complaints or approaches to boredom. Somehow when hooks are flying about the place, no one could possibly be bored.

The pool stood ready to receive anyone who wanted to leap in. All sorts of leaping, and being tossed in the air to land with a splash! amid squeals and shouts took place. Their mother was certain that at least the children would fall into a deep sleep the minute they found their beds.

Just before those beds were found, Tom threw just one more line into the lake, and caught - a CATFISH!. No one had caught a catfish until that moment, so his wife Ruth slipped it gently into some water and brought it to the back patio. The thing was so strange looking. So sort of slimy, even. Not something a person might wish to touch. Even the smallest boy's hand did not move an inch toward its wriggling and scummy form. Looking would be quite enough, this time. 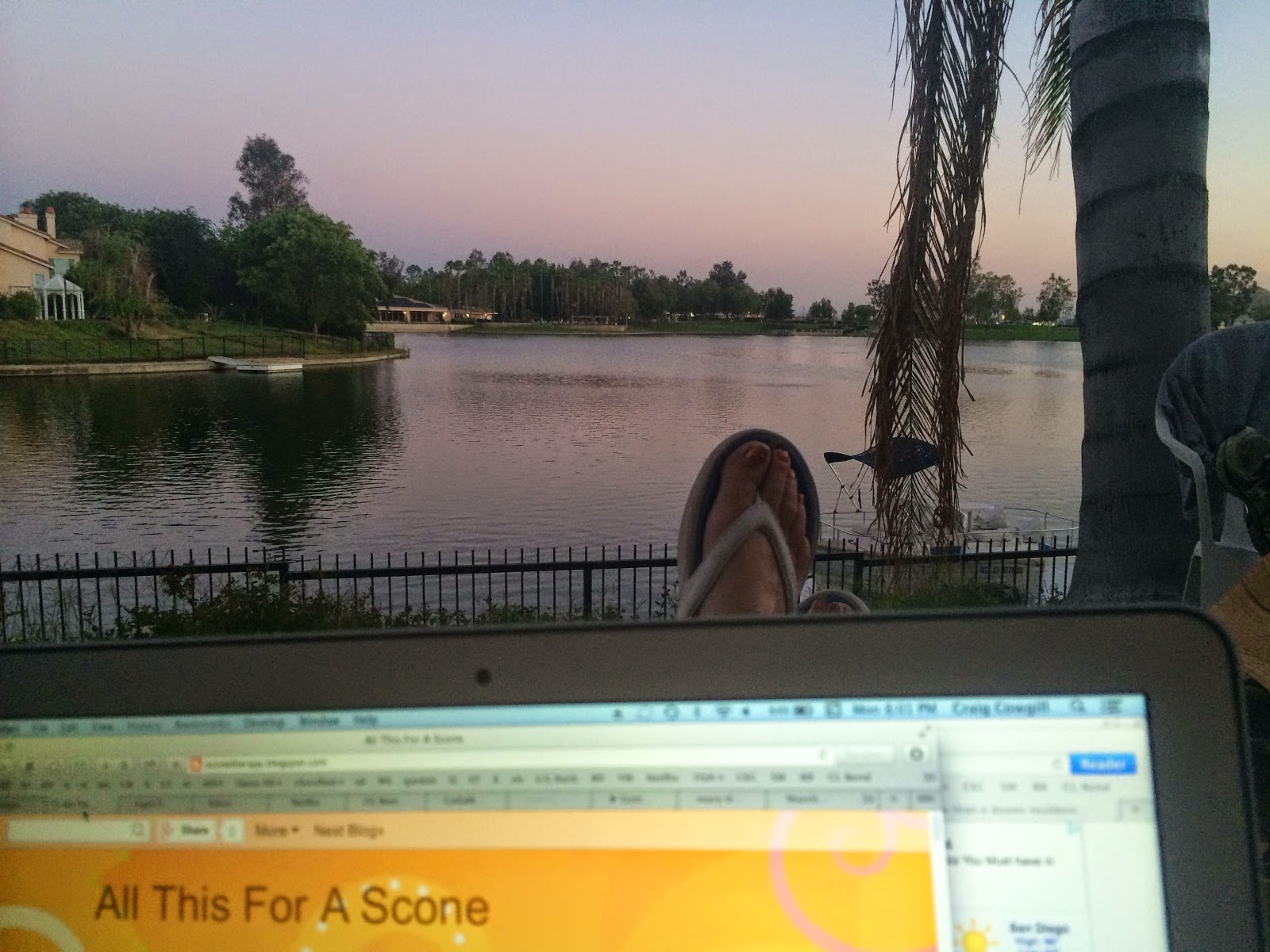 So, bedtime was announced. A much-earned, sleepy, drowsy, dozy-cozy lights out. Little was said after prayers and kisses, but a pair of sleepy eyes gazed up from the pillows and I heard, "Can we go fishing again tomorrow, Grandma?"
The Sun Sets on the SconeLady

The SconeLady stole down the stairs, grabbed up her laptop, and went outside to a soft dusky sunset. Her dear Readers would be waiting. The conversation across the miles began to develop, while now and then a night-time bat flitted along the lake.

It really doesn't get very much better than this.