The car is packed, and two people are ready to go. A thousand miles won't seem like much when there will be two small boys and a girl waiting, jumping up and down. There are other, taller ones just as excited, though perhaps without the jumping.


The prospect of this trip has me a bit watchful, though, because I feel we are heading into some kind of fiery furnace. And I've been there before.

1970 was an adventuresome time to be in southern California, but that didn't stop us. We were from a small town and didn't suspect danger or any kind of eeriness. We probably should have, as surviving Interstate 5 practically calls for a medal of honor on any given day.

There were two small children, their parents, and me - a teenager, all driving to Los Angeles. I think our first inklings of freeway strangeness came when we found ourselves urged on and on toward ever increasing speeds, all while bumper-to-bumper on a 10 lane freeway. No one cared that we were all mere seconds from catastrophe while cars, trucks, RVs and motorcycles weaved in and out in a kind of madness. 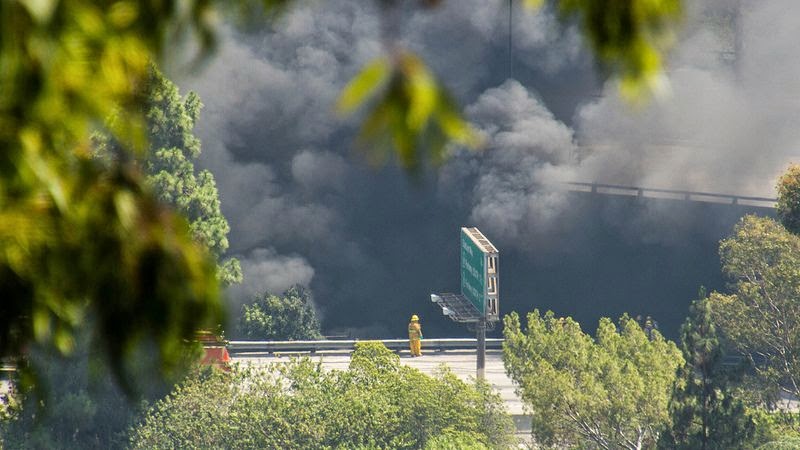 As we all flew on, one of the children said, Mommy! Smoke!" as smoke hovered above the freeway just ahead. Soon we were caught in the middle of a fire on both sides. We all kept moving because there was no other choice and no egress. The flames were just feet from our little Datsun, and we stared out in dismay as smoke billowed up.

But our adventures were not over! Oh, no. The gas station we stopped at was robbed while we were getting gas. Then the apartment building we stayed in was robbed in the middle of the night as I peeked through a curtain. NOT TO MENTION, months later a 6.9 EARTHQUAKE (later adjusted to 6.6) was just about the last straw. While the earth shook hard for 55 seconds, the refrigerator was knocked over, depositing its contents on the floor in a magnificent crash, and then righted itself again. It's a wonder any of us got out of that one alive.

But even with all of the adventure, one can't help but look forward to heading south once again. Not because we like freeway kidnappings, or dangerous fires, or robberies or earthquakes. We do not like them. But because in the midst of those possibilities is the probability that we will be squeezed and hugged and loved and adored. The sweetness outweighs the scariness.

All the same, I feel the sudden need for a gas mask and a fire extinguisher. (Perhaps some sort of body armor..?) 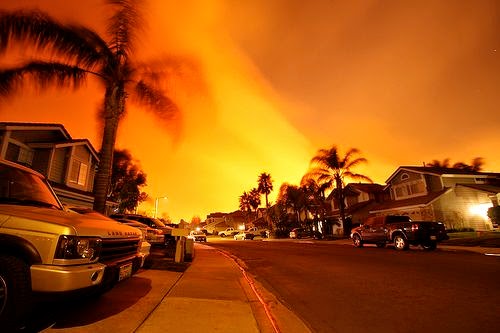