Cornwall, Day 34 (The Other Closure)

My sister will likely be curling up into the fetal position thinking about all these closures. We both will be, for we do not like them. We wish for shops, and galleries, and other places of purchase to stay open. Otherwise we get twitchy. 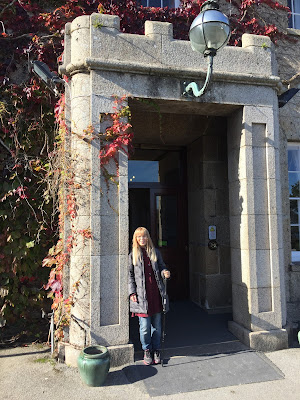 The very first thing we took notice of (besides the Uys Gallery) was Madeleine's Cafe and Tea Shop. We could see in the window the rows of cakes! What we really wanted was a scone, but the cakes looked promising. We entered, and found a tiny table next to a window which opened out onto Fore Street. The whole effect was charming. The tea ladies were also charming, laughing with us and commenting, "From America, are you?" There was quite a lot of laughter throughout the whole place, including other ladies who had dropped in for teas, coffees, cakes, scones, tea cakes, pastries, and buns. It was a party. 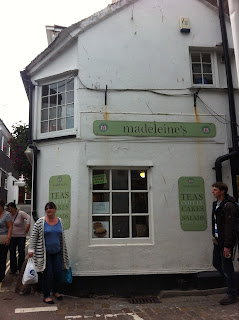 Which is why it came as such a shock when Madeleine's closed up shop just weeks ago. Madeleine's had been there for years, and everyone on Fore Street was just as sad as I was. I learned that the owners of the building had decided to up their rent, and Madeleine's were not willing to pay it. It was as simple as that. And the shop is just as empty and barren today, with nary a cake crumb in sight.

But I have hopes for St Ives, however disappointed I might be. We could probably even predict that those two closures will have little, if any, effect. You should just see Fore Street! It is hustling and bustling to beat the band, crowds of tourists still combing the streets and shops in their never-ending-quest to purchase. This is a deep need in a tourist's life, dear Readers. Purchase, purchase, purchase. Ka-ching, ka-ching, ka-ching. It is good for St Ives. And whatever is good for St Ives is good for the SconeLady. And her sister.

Otherwise we get twitchy. 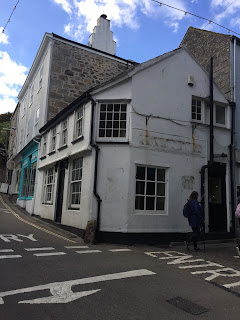 the empty, and bereft, Madeleine's
Posted by SconeLady at 3:30 AM