It was our favorite gallery. I had passed it several times this week, seeing nothing untoward and even waving to the proprietor's wife. She cheerily waved back. And then today, the place was suddenly empty. The place where I'd seen her smile and her wave. Abandoned. Closed! Such a shock. 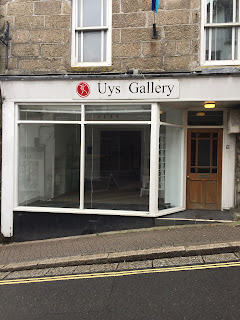 My sister knew of this spot and loved it as I did, for we had gone in many times to peruse their wares. We were on a hunt! Friend Rosie had offered, and was giving, her marvelous hospitality in Norfolk and we wanted to thank her when we got there. And what better way to thank than to find something uniquely Cornish. Uys!

His name is actually Roelof Uys, a wonderfully talented South African Potter living and working in St Ives. We chatted with him and with his wife Melanie, a fabulous artist in her own right. They were lovely. We found just the right piece of pottery for Rosie, and they packaged it well and sent us on our long train journey - Cornwall to Norfolk. But (and we couldn't believe this) one of the engines of the train went *bonk* and so we were all massively delayed. We also had to rush ourselves from Paddington Station to Kings Cross, dragging suitcases, backpacks, shopping bags and Rosie's gift, and catch the next train north. It was all very hurried and harried, and we hoped our treasure was not being harmed in transit. 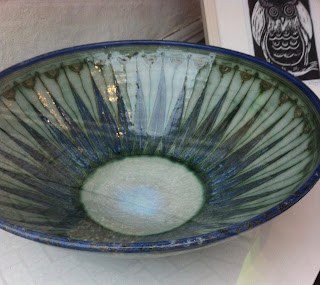 When we arrived, and after Rosie's gracious dinner, we all gathered in the lounge near the fireplace, for the 'reveal'. As she opened it, we sat perched on the couch watching her face. But - what was this? a sound. A rattling. The noise from within that packaging was not at all pleasant, for a noise from within packaging can mean only one thing. Breakage.

It was, in fact, broken, and we were bereft. Rosie did immediately and cheerfully fix it. And if you saw it today you would not notice a break. But we know it is there.


And now, today, the Uys Gallery has suddenly emptied. I don't know yet, why. Perhaps it is that they have moved to another, larger gallery. Perhaps they have gone back to South Africa for a time. I don't know.

But I do wish I had taken the time to stop in, rather than just wave. 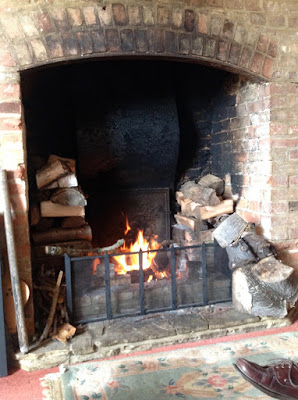 Posted by SconeLady at 9:07 AM