When the Chips are Slightly Down


Dare I use the word 'harrowing'? Dare I hint that the First Great Western railroad wasn't all that the SconeLady had cracked it up to be? Yes, I must dare, for it is all too unbelievably true. It was almost like passing through a sort of hades in order to reach the lovely heaven we knew was at the end of the journey. "Don't worry, kiddies, when we are finally there, friend Rosie will take care of us!" This became our mantra. 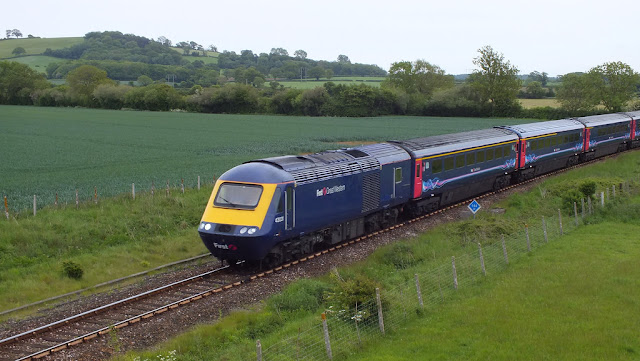 It would have been fine, had there been working bathrooms; had we known which train car we were in so that we should not risk being hopelessly left behind at some strange station; had we not needed to dash from car to car multiple times, dragging bags, backpacks, artwork from St Ives, and three (at points) bewildered children. Oh - and did I mention working bathrooms? We knew that there must be one somewhere, it was just a matter of finding it. The other passengers were just as baffled as we, and doing the same desperate search, up and down.

The climax was perhaps reached when a lady and daughter with two bicycles in the middle of the aisle wouldn't let us and our 7 bags go past, and not letting us pass meant we would be stuck on the part of the train that would detach at any moment, and when, in the middle of this discussion about passing or not passing (the answer being consistently 'no'), the speeding train suddenly lurched LEFT, throwing Grandpa and the 9 year old right into their laps. Yes, perhaps that was the climax, for it threw the SconeLady, who had seen it from a distance, into a fit of hysterical laughter, and the passengers around her concluded that she had become unhinged.


The haven where friend Rosie awaits 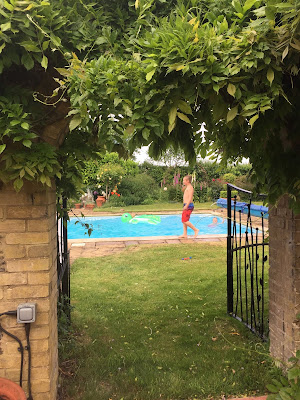 But always, at the most tiring moments when three children weren't just certain about this part of the whole shebang, their father would come out with some splendid treat; some marvelous tasty that lifted spirits and made the insanity sane, again. Delicious brownies! Coca-cola, cold, in glass bottles! Oh the dear man.

Throughout all of this, and despite being expected to dash at high speed from one end of the train to the other, no child cried nor did they argue, and no one had anything other than a cheerful outlook. This ability to laugh when the chips are just slightly down, is something you don't see everyday. But Grandpa and I happen to have a front row seat, and we're liking it. We're liking it a whole lot.

And I'll have whatever it is they are having. Please.